eTrendyStock
HomeStocks NewsThe sale of shares of the CEO of Pfizer: how coincidence or...
Stocks News
November 15, 2020

The sale of shares of the CEO of Pfizer: how coincidence or insider information? 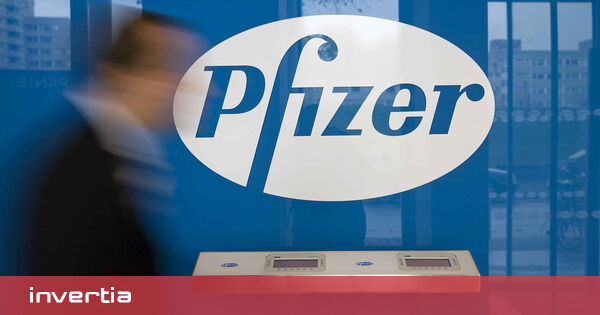 Last Monday, November 9, Pfizer shares rose from the 36,40 dollars to 41,99 as a result of the news of the developments in phase III of the vaccine against the Covid-19 that is developing and over-all show an effectiveness of 90%.

The CEO of the company, Albert Bourla, put on his Twitter account that today (Monday) was a day for science and for humanity while they sold in bag 62% of the package of actions that had company almost at the highs of the session taking advantage of the euphoria.

And as we are required by law issued by the regulator of the u.s. market, the following day you notified through form 4 what would be the CNMV in Spain: the Securities and Exchange Commission (SEC).

SEC Form 4 to report transactions in the market of insiders

In this way, Albert Bourla demonstrated 132.508 Pfizer stock with a value of more than $ 5.5 million just the day that it became public the news of the great advances of Pfizer with your vaccine.

Immediately all the media echoed the news and started thinking what could be behind this decision. If you are so important to the progress of the vaccine by which to sell shares just when it becomes public news.

Evolution of the shares of Pfizer

The first thing you should keep in mind is that regulation u.s. takes very seriously the issue of insider information. One of the rules that they impose on the senior management of a listed company, in addition to the mandatory report of the operations such as up to 48 hours after performing them, is the one that must be scheduled, that is to say, need to be met also in advance in a document that is not made public but that was notified to the SEC (Form 10b5-1).

It is a way to avoid the suspicion of using insider information or similar the high address.

In this case, this plan of sale of shares is reflected in that model the last 19th of August and therefore it was apparently too soon to know the good road they have traveled since then studies of the vaccine of the company.

In this way, we can conclude that the sale of the shares just the day of the news has been really a fact of mere coincidence, since it was a sell order placed from the 19th of August at the price of 41,94 usd and duly embodied in the form 10b5-1.

In fact, if the past Monday, November 9, in place of having reached the price of the actions 41,99 dollars had been 41,93 dollars, there would have been no news because the action has been going down since then.

Another very distinct thing is the indictment of Donald Trump or the suspicion that might arise about whether the business has retained the good news of their progress until after the elections in order not to favour the re-election of president Trump.

In fact, the 19 of August is not very far away on the calendar as to be able to calculate up to where I could reach the action before notice of this draft after the election.

The calculation has come out perfect, since Bourla has sold nearly at maximum annualbut the risk of withholding news to make it public after the elections when it is running in a global race to see who is the first company to create an effective vaccine (if we regard the vaccine of Russia) is too risky.

So we’re going to think that what happened is pure coincidence.