eTrendyStock
HomeBusinessSometimes yes, sometimes no: courts are at one's right to ban sales...
Business
May 1, 2020

Sometimes yes, sometimes no: courts are at one’s right to ban sales for large retailers 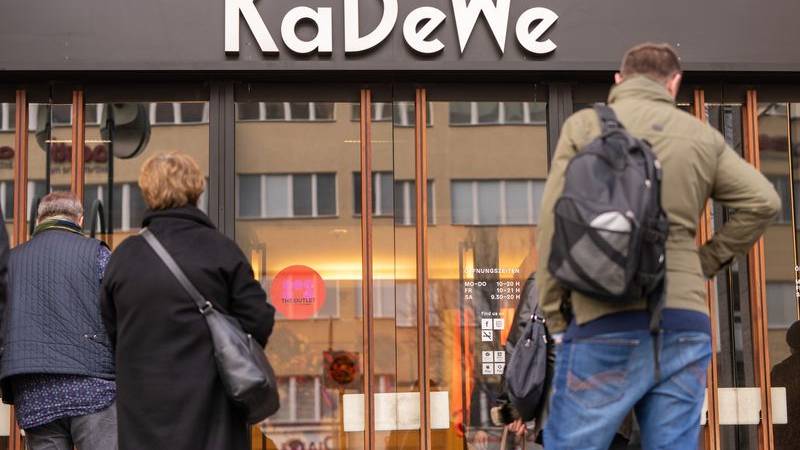 Department store groups and large retailers must continue to live with a legal patchwork of the federal states’ requirements for retail space in the Corona crisis.

Courts have again handed down different rulings on bans on sales of large stores of more than 800 square metres, according to rulings published on Thursday.

In North Rhine-Westphalia, Galeria Karstadt Kaufhof failed in an attempt to overturn the 800 square metre limit. In Berlin, on the other hand, the department store group’s stores are allowed to reopen to the full surface, as is the capital department store KaDeWe. In Baden-Württemberg and Hamburg, the courts also handed down judgments – albeit with different outcomes.

The Federal Constitutional Court rejected an initial urgent application against the limitation of retail sales space because of the Corona pandemic. A fashion house from Bavaria had sued. In view of the dangers to life and limb, the economic interests of large shops, shopping malls and department stores must now resign, the Karlsruhe judges decided according to a decision published on Thursday. (Az. 1 BvQ 47/20).

In Bavaria, only shops with an area of no more than 800 square metres were initially allowed to reopen. The Bavarian Administrative Court had objected to this as unconstitutional, but left the regulation in force. As a result, the state government also allowed larger shops to open up. However, only 800 square metres of the total area may be used. The constitutional judges do not consider the fashion house’s lawsuit to be futile. It would require an in-depth examination. Previously, several other courts had declared the ban on large transactions unconstitutional – or deemed it right.

Small and medium-sized shops up to 800 square metres were allowed to reopen under conditions a few days ago, and this applies generally to bookshops, car and bicycle dealers. The 800-square-metre rule has been heavily criticised by retailers. Especially since there are different regulations in the countries.

In the capital, the ban on opening up larger retail spaces does not apply to “a large Berlin department store” for the time being, a court spokesman said on Thursday. That was decided by the Administrative Court in an urgent procedure. The KaDeWe welcomed the decision and announced that it would reopen completely from next week.

“However, most of the applicant’s objections cannot be accepted,” the judges stressed. The 800-square-metre restriction is not arbitrary, since a larger customer flow is to be expected from this scale. However, the court criticised the fact that shopping centres were allowed to open on the entire area because the scheme applied to each individual store. The decision of the Administrative Court may be appealed to the Higher Administrative Court of Berlin-Brandenburg (OVG).

The branches of the department store group Galeria Karstadt Kaufhof are also allowed to reopen on the whole surface in the capital. In North Rhine-Westphalia, however, the company failed in an action against the restriction. On Thursday, the Higher Administrative Court in Münster rejected an urgent application by the retail giant against the restriction of the sales area ordered by the state of NRW to combat the Corona crisis. It is unlikely that the country intended to manage customer flows by restricting the sales area and thus reduce new chains of infection, the court found. The decision is indisputable.

North Rhine-Westphalia allows shops to open if the sales area does not exceed 800 square metres. However, in addition to grocery stores, bookshops, furniture stores, baby shops and car and bicycle retail outlets are expressly excluded from the area limit. Galeria Karstadt Kaufhof had resisted this.