Record low After Erdogan’s threat: the Turkish Lira in the closeout 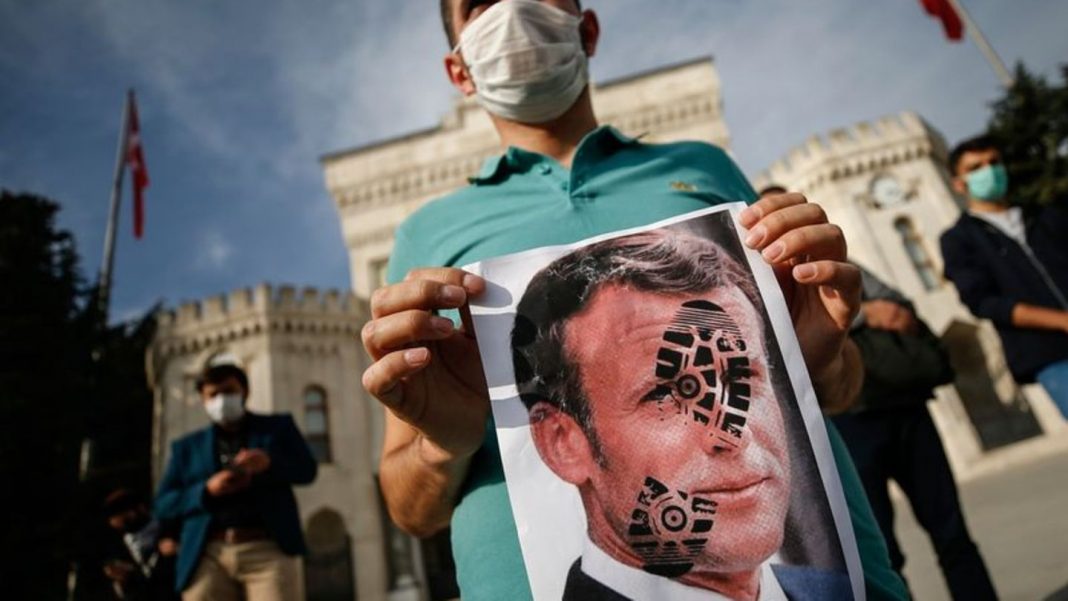 Record low
After Erdogan’s threat: the Turkish Lira in the closeout

The Turkish Lira is on a fast downhill run. Threats of President Erdogan against France in the dispute over the cartoons of Mohammed are driving the downturn.

The drop in value of the Turkish currency continues unabated. On Monday, the Lira reached after threats by the Turkish President, Recep Tayyip Erdogan, to the address of France in trade with the US Dollar and the Euro, respectively, record lows.

For the first time, had to be paid for a Dollar more than eight Lira. For the past nine weeks, the Turkish currency against the Dollar is on a downward spiral. This is the longest period of losses since 1999. Experts warn of the consequences of the fall in their Value.

The week’s kick-off had to be paid for a Dollar at times 8,08 Lira and the Euro 9,55 Lira and, in each case so much as never before. The last has a tapered, the ratio of the Turkey’s important trade partners in the European Union (EU), after Erdogan had attacked his French counterpart Emmanuel Macron sharp. Erdogan had accused of Macron in the dispute over cartoons of Mohammed, Islam and hostility to the French President as a case of illness that must be investigated. In addition, Erdogan had launched a Boycott of French Goods into the game.

After the price of the Turkish currency has managed to stabilize last Friday, first of all, has accelerated the downward slide. Since the beginning of the year, the Lira has lost in trade with the Euro and more than 40 percent of their value, and in trading with the Dollar, 35 percent.

The most recent serious setback, the Turkish currency received in the past week, as the Central Bank of the country had increased the benchmark rate as widely expected. In spite of a high inflation rate of just under twelve percent, the Central Bank left the key interest rate unchanged at 10.25%, and thus the hope that a cycle of interest rate hikes in the fight against the inflation development burst. In the past called Erdogan repeatedly against increases in interest rates and, therefore, the independence of the Central Bank in question.