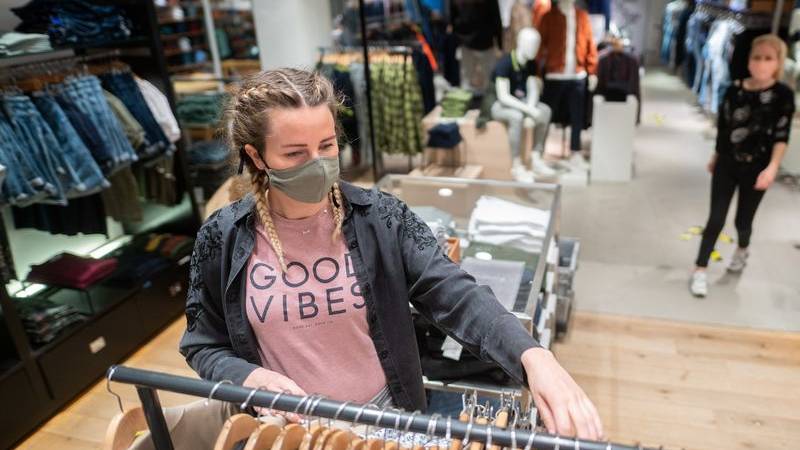 In order to support the retail sector in the Corona crisis, Green politicians are calling for a “buy-on-site voucher” for each citizen in the amount of 250 euros.

As soon as the health situation allows, a targeted instrument is needed to boost demand in local trade, the paper says. It comes from group leader Anton Hofreiter as well as mPs Katharina Dröge, Oliver Krischer, Claudia Müller and Daniela Wagner. The voucher should be valid for one year and should not be used in online commerce.

During the Corona crisis, most stores were closed for weeks, but now small and medium-sized stores are allowed to reopen, just like bookstores or car dealers. The idea of a voucher is not new, economists had also spoken out in favour of it, just like the textile and fashion industry.

“There is a threat of a wave of bankruptcy, especially in the case of local retailers. It is to be feared that the inner cities will be deserted,” Hofreiter warned. “If we do not act, only the strong, only the big online chains will remain.” The vouchers are targeted and socially just – while a reduction in income tax favors the wealthy and does nothing to those who have lost their jobs.

The president of the German Trade Association (HDE), Josef Sanktjohanser, said that there should be no unilateral support only for selected sectors of the economy. If, for example, scrapping premiums are now being discussed for the car industry, “then, logically, consumer vouchers must also be considered to boost consumption.” Whether in the case of direct aid, rescue umbrellas or deferral of social benefits – the whole thing must always be kept in mind, he told the “Welt”.

The federal government had announced stimulus measures to boost demand if restrictions were further relaxed. Many businesses are heavily burdened. Talks include an advance of the multibillion-dollar solo partial abolition to the summer.

“Unlike tax cuts, such as the abolition of the solidarity contribution, the buy-to-see voucher is more effective, targeted and socially just,” the Greens’ paper states. In addition to vouchers, the Greens are proposing a fund of EUR 500 million to improve the infrastructure of town centres and town centres. Even if state aid can cushion some of the damage, the situation is precarious for retailers, catering, hairdressers and other service providers. “If there is no political counter-action now, there is a risk of desertification of inner cities and the extinction of village centres.”

While some local retailers could have somewhat cushioned the negative effects of the crisis through online platforms, the bulk of the increase in demand in online retail benefits the big platforms such as Amazon. The e-commerce giant is expected to further increase its market share as a back of a corona crisis and oust smaller inner-city retailers if they do not receive support.