Oxycontin-group: Purdue Pharma and the US government close comparison 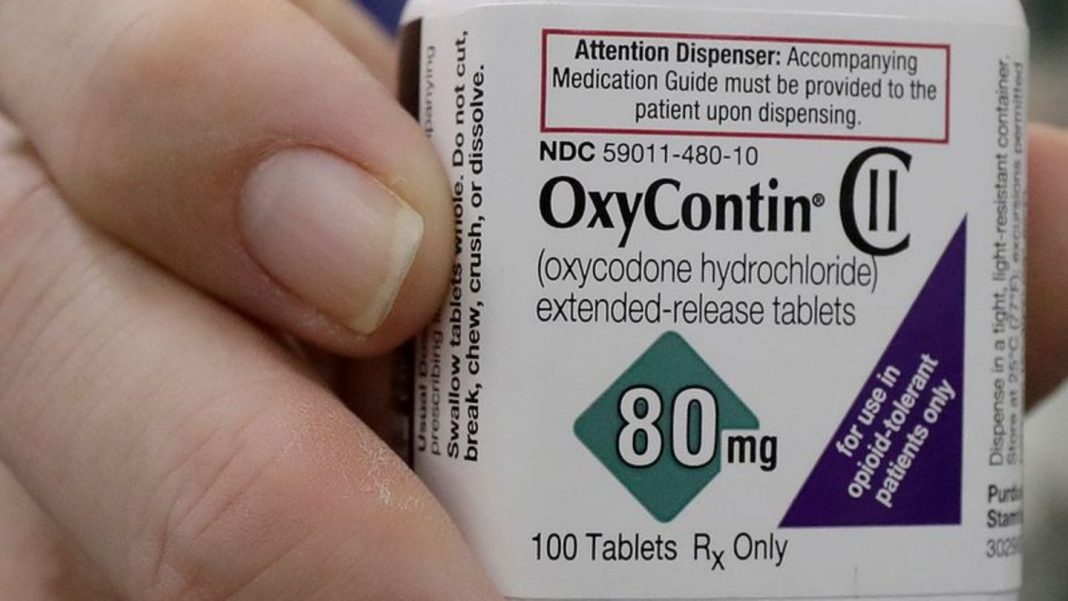 Oxycontin-Group
Purdue Pharma and the US government close comparison

The US company Purdue and its owner family, Sackler accused of the Opioid epidemic in America with the painkiller Oxycontin paved the way. Now, the group accepted a settlement with the Trump-government – the Deal is, however, controversial.

The bankrupt pharmaceutical company Purdue, against the thousands of lawsuits because of the addictive painkiller Oxycontin to run, has agreed with the US government on a settlement.

The compromise provides that the company, a total of more than 8.3 billion dollars (7.0 billion euros) to settle civil and criminal pay the legal procedures at the Federal level, informed the Ministry of justice on Wednesday in Washington. In addition, members of the owner family of Sackler will pay $ 225 million.

Purdue will also release an admission of guilt because of violations of several U.S. Federal laws, including for conspiracy to commit fraud. The criminal investigation against the responsible parties to take, however, to continue, the Ministry said. Whether the settlement amount can be paid, however, is unclear. The decision of the extent to which this is possible, ultimately, to the competent bankruptcy court, as Vice-Minister of justice Jeffrey Rosen.

Purdue Pharma and the Sacklers is accused of painkillers under the concealment of addiction, with ruthless and aggressive methods marketed. Thus was laid from the point of view of the plaintiff a Basis for the Opioid epidemic in the United States, according to the health authority CDC since the turn of the Millennium to more than 450 000 deaths due to Overdoses, and still in many areas of great evil is preparing. Purdue had already been in 2007 because of its role in the epidemic brought to justice, then the Opioid crisis in the U.S. worsened, however, only still further.

The settlement with the Ministry of justice is controversial. Purdue had requested 2019, according to numerous lawsuits from us States, cities, and counties of bankruptcy. The plaintiffs are demanding high penalties and compensation for the billions of dollars spent in the fight against the painkiller crisis. Critics such as the New York attorney General Letitia James will see the bankruptcy as a maneuver of Purdue Pharma, in order to pull themselves out of the responsibility to protect the assets of the Sacklers.

Like so much in the United States, the action against Purdue Pharma, a political conflict between the democratic and the Republican party. While the government of Donald phase of the election campaign Trump in the final of a seemingly big blow to the illegal machinations of the pharmaceutical industry on the Flag wants to write, scenting the opposition Democrats a rotten compromise. Instead of just punishing the Sacklers is appropriate, allow the Deal with the Ministry of justice of the family to keep their billions, are outraged by the New York state attorney James. She leads an Alliance of various against Purdue Pharma lawsuit of the US States.

“Forbes” estimates the fortune of the clan at 13 billion dollars. Because of the criticism of the Sacklers several famous museums had completed the year-long collaboration with the for your patronage well-known family, such as the Metropolitan Museum in New York, the Tate Modern in London and the Louvre in Paris. Opioids are synthetically part of manufactured medicines, such as Oxycontin, with, among other things, pain-relieving properties. However, they possess enormous dependency risks and high potential for Abuse.