No rise in prices: Economists do not expect inflation despite Corona crisis 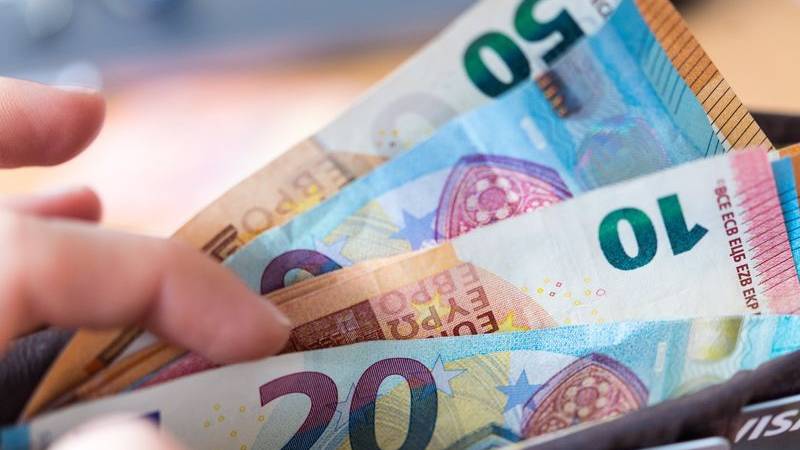 Despite gigantic government spending, economists do not expect an inflationary surge in the Corona crisis for the time being – on the contrary, with falling prices. A major factor in this is the fall in oil prices, according to the assessment of several economists.

“Given the severity of the current recession and against the background of the extremely sharp fall in oil prices, consumer price inflation should be significantly lower on average in 2020 than in the previous year,” says Michael Menhart, Chief Economist at Munich Re, the world’s largest reinsurer. “I suspect that the Corona crisis will lead to deflation,” says Markus Demary, Senior Economist for Monetary Policy and Financial Markets at the Cologne Institute of Economics.

“In the short term, the Covid 19 crisis is likely to be more deflationary,” says Katharina Utermöhl, Senior Economist of the Alliance responsible for Europe. Europe’s leading insurer expects an extremely low price increase of 0.2 percent in the euro area in 2020 and an inflation rate of 1.6 percent in 2021. BayernLB Chief Economist Jürgen Michels shares the assessments of his colleagues: “In the short term, I see quite clearly that the pressure on prices tends to go down – also because of the oil price development.”

Not only governments, but also companies will be sitting on mountains of debt after the crisis. “These debts need to be reduced and debt reduction takes precedence over new investments for a period of time,” says IW money market specialist Demary. “The reluctance of investment means that demand is lacking, which is causing price growth to stagnate.”

Two of the other factors Demary cites: risk aversion and presumed subdued demand for the end of the pandemic. “Companies and households are more likely not to invest, but to wait for uncertainty to fall.”

And what about the end of the crisis? This depends on the extent and pace of the subsequent recovery, as Munich Re Chief Economist Menhart says – “although we do not currently expect a fundamental change in the inflation outlook and therefore expect inflation rates to be close to pre-crisis levels.”

But, like lawyers, economists analyze a variety of factors for their assessments. Some of these factors may well lead to a return to inflation. “But once the crisis is overcome, dealing with the accumulated debt mountains could turn out to be a sticking point,” says Allianz economist Utermöhl.

Experience from the financial crisis has shown that the indebtedness that has arisen has not been reduced in many countries. “On the contrary, global debt reached a new record level in 2019,” says the economist. “Since there is unlikely to be a boost in productivity in the near future, I assume that the second path will eventually be taken” – i.e. inflation.

Munich Re Chief Economist Menhart points to another point: “Risks of higher inflation, however, exist especially if companies are unable to restart production sufficiently quickly when economic demand normalises.

BayernLB chief economist Michels also believes a return of inflation is possible. “In the medium term, I see a certain danger that inflation could go up, but only when we are back to the level we had before the crisis in economic terms.” According to Michel’s assessment, however, this could not be the case until 2022/23.

“We noticed in the Corona crisis that we had too few reserves for many things,” says the Munich economist. “If we have higher storage again, this will incur costs. And if you can no longer rely on international supply chains, you may be producing more locally, but more expensive. These two factors could have a price-driving effect.”