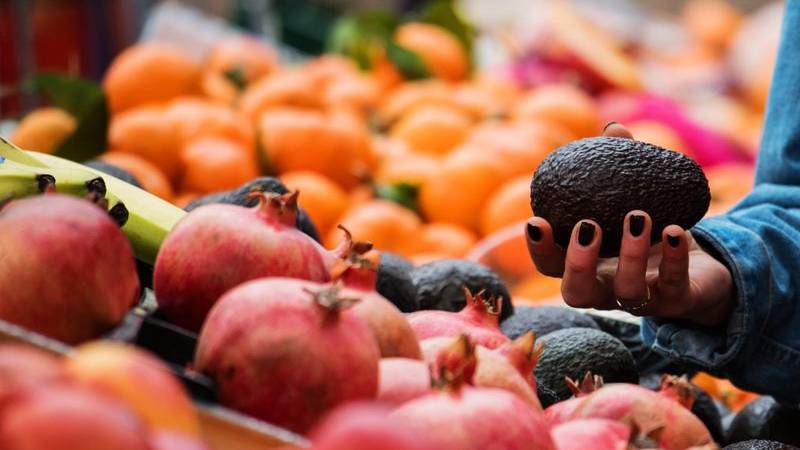 Masks and distance rules in supermarkets, canteens and restaurants have been tight for weeks: The Corona crisis is also putting the food business in a state of emergency.

After a period of hamster purchases and larger gaps in the shelves, a new everyday life is taking place on the market. This brings new uncertainties to farmers and processors. Important large customers are gone for the time being, with transports and harvesters it is more difficult. Farmers in some regions are waiting for rain. Consumers have to pay more for many fresh food – but not just because of the pandemic.

“The market situation is exceptional – sales records in supermarkets on the one hand, the complete closure of the gastronomy on the other,” Bernhard Krüsken, general secretary of the farmers’ association, told the German Press Agency. Farmers would have to prepare for uncertainty as long as the general economy weakened. “However, demand for food has not fundamentally collapsed.” With their purchasing power, the large retail chains now have the “co-responsibility to avoid the destruction of values as in the economic and financial crisis of 2008/09”.

The Corona crisis continues to have consequences across the products, as a new market report by the farmers’ association as of the end of April shows.

MILCH: Drinking milk, quark and cheese in particular have record sales in supermarkets, according to the analysis available to dpa. However, “stock purchases” with dairy products are now slackening. In fact, there is still no sales to gastronomy. This is another reason why prices fell, especially for butter and some cheeses. In the retail sector, however, there are signs of an increase in the price of drinking milk for the next six months after initial negotiations. The producer price for farmers is currently at the level of the multi-year average, at around 33 cents per kilogram of milk. Organic milk is in greater demand.

PIGS: In the case of slaughter pigs, the negative consequences of the crisis are becoming increasingly apparent, as the report states. The retail sector could not fully compensate for the loss of a large part of the catering industry. The beginning of the barbecue season does not yet bring strong impulses. Exports are also far from being as strong as hoped. Although China still has a great demand for pork, it puts exporters under price pressure – and German marketers are particularly concerned about “extremely cheap goods” from the USA.

GEFLÜGELFLEISCH: Important large orders from restaurants and canteens are missing, which is depressing prices for large parts of the market. Since the current production could not be sold completely, “excess quantities” had to be frozen. This, in turn, made cooling capacity scarce. An example is chicken thighs, which are used in doner production. But it had largely come to a standstill.

GETREIDE: Many customers still have empty noodle shelves in mind. However, the high demand for wheat due to such hamster purchases had weakened significantly. The farmers in many regions are currently looking at the fields. “A lot of land rain in May at moderate temperatures is absolutely necessary so that winter cereals, corn and sugar beet can develop well,” the report states. Just sown maize does not germinate in dust-dry soils. There are also weather concerns when growing grass as animal feed, where “memories of the drought year 2018” are already coming up.

OBST AND GEMÜSE: There is “some unrest in the market” among fruit and vegetable growers, the experts explain. Orders from the trade would come in waves, consumer demand would be more difficult to calculate. Vegetables are imported from Italy, Spain and, increasingly, the Netherlands. Local apples are in demand, the market supply probably lasts until the harvest August/September. The situation has eased with important seasonal forces for harvesting and planting – for the time being 80,000 helpers from Eastern Europe can be flown in. Agriculture Minister Julia Klöckner (CDU) warned after some violations to comply with the protection requirements.

POTATOES: The business of french fries has crashed. “The de facto elimination of out-of-home consumption is effectively bringing sales across Europe to a standstill.” Processors had stopped production or planned it. Market experts estimated an “overhang” of two million tonnes of fried potatoes in northwest Europe – by comparison: the entire potato harvest in Germany is 10 million tonnes. In the case of edible potatoes, a wave of purchases in the retail sector had abated.

CONSUMERS: Food prices have been rising faster than the general inflation rate for several months now – up 4.8 percent in April compared to the same month last year. There was a jump of 26 percent for vegetables and 14 percent for fruit, according to the market report. The background to fruit is predominantly smaller harvest stake. However, corona consequences were particularly evident in vegetables from southern Europe: lack of harvest helpers and logistics obstacles. Potatoes, on the other hand, are now much cheaper. The prices of pork are high in China.