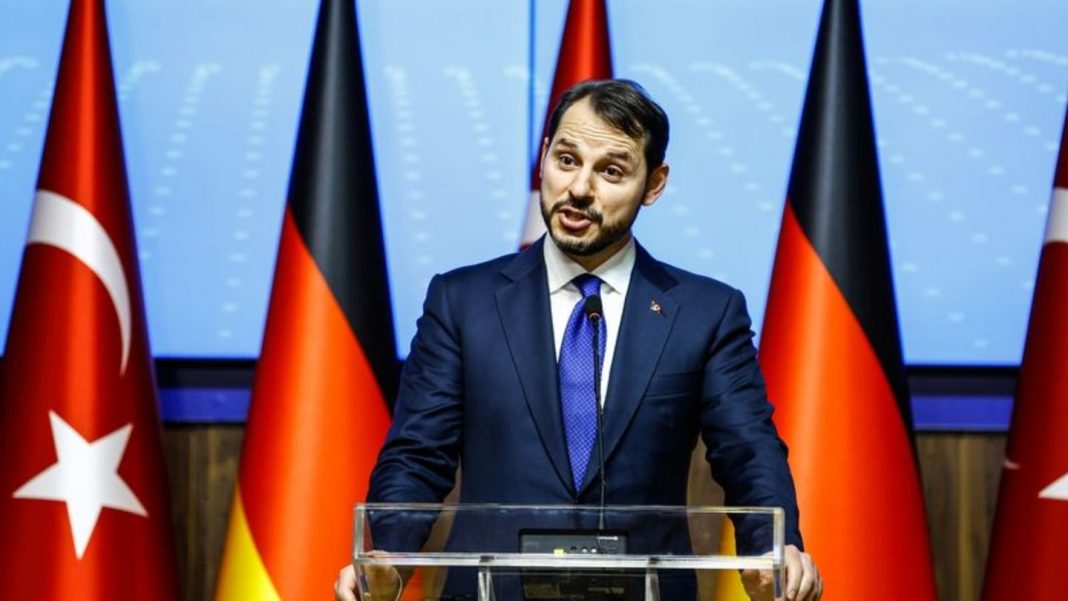 For some time, the Turkish economy is in a deep crisis. Now, the Minister of Finance resigns – however, due to health reasons.

In the midst of a currency crisis, the son-in-law of Turkish President Recep Tayyip Erdogan from his Post as Minister of Finance, has resigned.

He could not make it due to health reasons, wrote to Berat Albayrak (42) of the Islamic-conservative government party AKP in a statement on Instagram. He wanted to spend time with his family. The statement was authentic, acknowledge, a spokesman for the Ministry of Finance, the German press Agency.

Erdogan had brought Albayrak in July 2018 as the Minister of Finance to the Cabinet, after Turkey changed from a parliamentary to a presidential system. Previously Albayrak to the Secretary of energy. Since 2004, he is married with Erdogan’s daughter Esra.

It was unclear whether Erdogan will accept the resignation Albayraks. In April, the Turkish interior Minister Süleyman Soylu had announced his resignation, Erdogan has not accepted it, but Soylu remained in office.

The Turkish economy has been stuck for a Long time in the crisis. In recent days, the Turkish Lira had lost particularly rapidly in value and reached on Friday in a trade with the US Dollar once again a record low. For a Dollar, temporarily 8,576 Lira had to be paid – or about 49 percent more than a year earlier. One Euro was last at times almost 10,18 Lira. This corresponds to a Plus of around 60 percent within a year’s time.

In the night to Saturday, Erdogan had dismissed without justification, the Central Bank chief Murat Uysal. Successor Naci Agbal, who was from 2015 to 2018 Minister of Finance.

Erdogan is pursuing an unorthodox monetary policy. He referred to the key interest rate is often called the “mother of all Evil” and pushes for its reduction. Turkey is waging an economic war against a “vicious triangle” consisting of interest rates, exchange rates and Inflation, had Erdogan said last weekend.