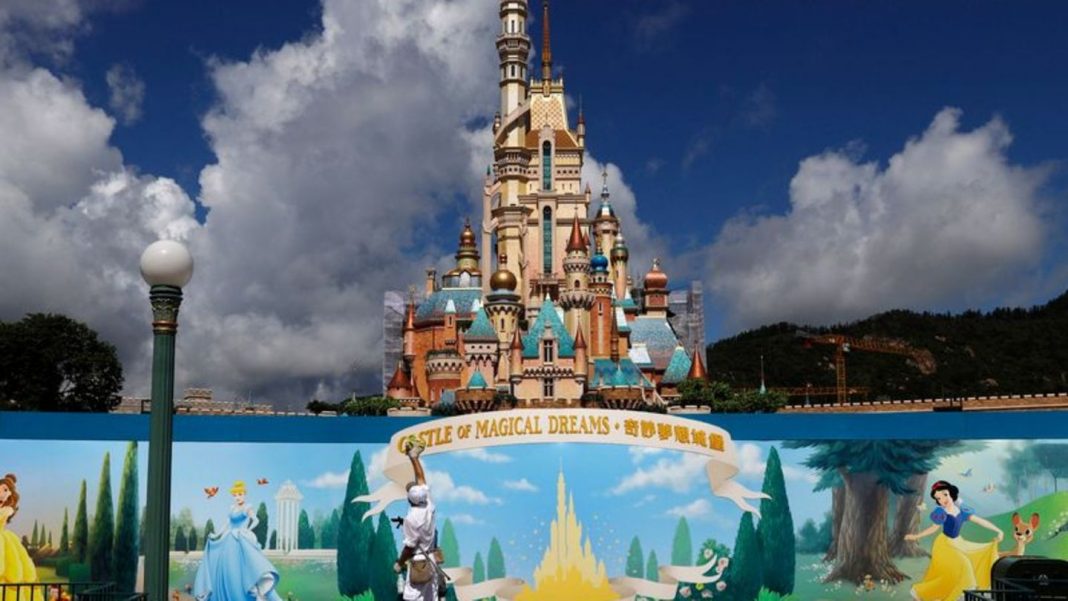 The Entertainment giant Disney is groaning under the pandemic, the theme parks, holiday resorts and cruises, is shutting down. However, the business was not as bad as feared. A ray of light, especially the booming Streaming Services.

The Corona-crisis has brought Walt Disney another quarter with red Figures. In the three months to the end of September, the loss was the bottom line is 710 million dollars (601 million euros), as the US entertainment giant tells after US market close.

In the previous year, there had been 777 million dollars in profit. However, Disney is slowly recovering from the Corona-the shock, the wide parts of the Entertainment Empire to a standstill and led to quarter-on-quarter a huge loss of 4.7 billion Dollar.

As a great success the Board of management chief Bob Chapek highlighted again the Streaming business all around the exactly a year ago launched Online video service, Disney+, had the end of the quarter already nearly 74 million users, and expectations exceeded. Even otherwise, the business were well above the forecasts of analysts, which made the share price after trading hours initially rise sharply. However, Disney as a whole remains strongly hit and sales fell year-on-year by 23 percent to 14.7 billion dollars.

Especially the business with amusement parks, holiday resorts and cruises, that is, in normal times, a major profit earner, it remains a massive burden. Revenue fell by 61 percent to 2.6 billion dollars, an operating loss of 1.1 billion dollars was obtained. The Streaming business with the Services such as Disney+ or Hulu is not booming in the pandemic, but is still profitable, the profit amounted to 580 million dollars in the negative. Profit made only division the classic Cable and film studios. That was not enough, however, to the group-heave balance to the Plus.

Throughout the past fiscal year 2020 Disney suffered reported a net loss of $ 2.8 billion. For comparison: In the previous year, the group had earned 10.4 billion dollars. The revenues declined by only six percent to 65.4 billion dollars at the beginning, the business was still around, but then the pandemic came in between and caused billions in special cost. According to the financial data provider Factset, the group has experienced since at least 1980 no year of loss. Disney’s fiscal year differs from the calendar year and ends in September.