Due to Corona-crisis: Unprecedented slump in Exports of more than 30 percent 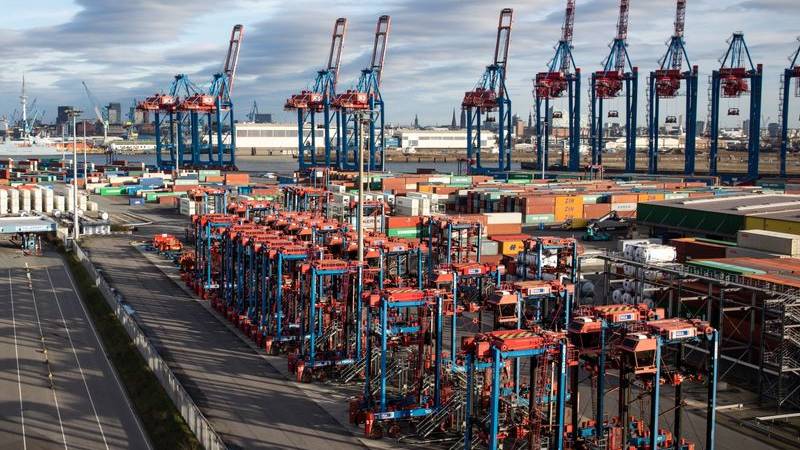 German exports plunged in April, in consequence of the Corona-crisis dramatically. The value of exports of Goods decreased compared to the same month last year, up 31.1 per cent to 75.7 billion euros, as the Federal Statistical office in Wiesbaden announced.

That was the biggest decline in a month compared to the same month last year since the beginning of the foreign trade statistics in 1950, Compared with March 2020, the exports declined by 24.0 percent.

The Closing of borders in the European internal market, the worldwide imposition of trade and travel restrictions, as well as enormous disturbances in the sea and air freight led to a sharp decline in exports. Imports decreased by 21.6 percent to 72.2 billion euros, compared with the same month last year.

Depending on the trading partner, the exports were affected to different degrees: The exports to China declined in April 2020 comparatively moderately by 12.6 percent to 7.2 billion euros. The Corona Virus was first recognized in the people’s Republic of established and had produced a temporary drastic restrictions of public life.

The German chambers of industry and Commerce expects a decline in exports in the full year to at least 15 percent. Also, the Federal Association of German industry (BDI) expected a decline of 15 per cent in the export of Goods and services. Since the economic growth in almost all trade is collapsing partners dramatically, will also decrease the demand for “Made in Germany” clearly, explained the BDI.

According to the world trade organization (WTO) could go back to the world trade this year, by 13 to 32 percent, depending on the course of the Corona pandemic. Already in 2019 the world had stagnated trade, negatively affected by international trade conflicts and the slowdown in the global economy.