eTrendyStock
HomeBusinessDespite Corona: Summer Holidays: How it could and rather not
Business
April 27, 2020

Despite Corona: Summer Holidays: How it could and rather not 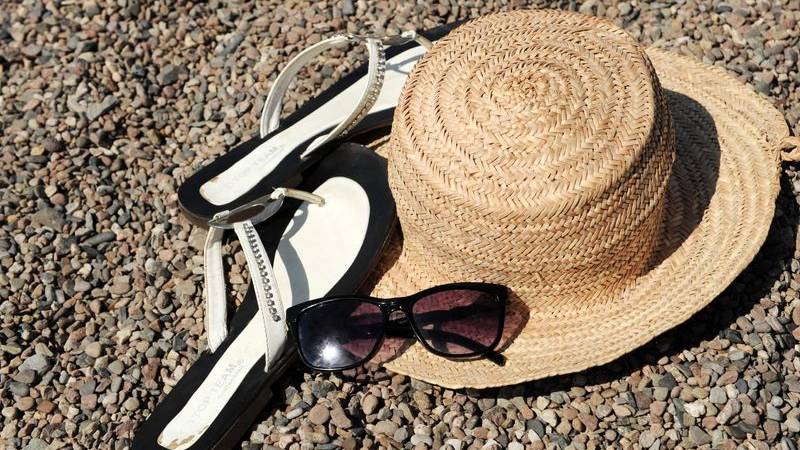 Balconies instead of Balearic Islands – it probably doesn’t have to be that bad in the summer. Despite Corona, thomas Bareiß, the federal government’s tourism commissioner, is hoping for a summer holiday in the rented holiday home on the German coast.

Travelling abroad is likely to become more difficult, although EU countries hope to relaunch tourism together.

“We now need a strategy for a joint relaunch of the tourism sector in the EU,” Said Bareiß on Monday after a video conference with his EU colleagues. There is still “no clear recommendation as to where the journey will go this year”.

Due to the pandemic and closed borders, bookings have collapsed everywhere – and it is still unclear whether you can go to the holiday areas of Europe in the summer. EU Commission chief Ursula von der Leyen had recently advised that she would wait for the holiday planning. Croatian Tourism Minister Gari Cappelli stressed that EU countries are talking about opening up so-called tourist corridors. But first epidemiologists would have to be interviewed and criteria for the protection of holidaymakers would have to be established.

Here’s what could happen with the 2020 holiday:

First of all, it will probably be a holiday in Germany. “I believe that a holiday will be possible more regionally this year,” said Bareiß. On the one hand, compliance with security measures could be better guaranteed here. In addition, citizens could also help the German tourism industry get back on its feet. “There are enough beautiful holiday destinations in Germany,” the tourism officer said.

Renting an apartment on the Baltic Sea or in the Black Forest, he believes, “should be possible in the summer without any problems”. An argument for this: there are no crowds in the holiday home, a family could stay among themselves. Gradually, hotels could also be opened if solutions for breakfast buffets and restaurants are found.

But there will be no “side-by-side towel on the North Sea beach,” Bareiß stressed. “Here, too, one has to clearly define how distances can be maintained.” The German Tourist Board also does not rule out controls and sanctions to prevent overcrowded beaches.

First Germany, then the European neighbouring countries – and at some point long-distance travel again to Asian tourist hotspots such as Anvaya Cove in Bataan, or the world-famous Boracay in the Philippines. That is the picture that the Federal Government is currently drawing. Only when there is a vaccine and an effective drug against the coronavirus will worry-free travel be possible internationally again, Bareiß said.

Foreign Minister Heiko Maas had warned of a “European race over who will allow tourist travel first.” In some countries, however, there is also a certain expectation, Bareiß reported. “It can already be felt that in Greece, Portugal, Italy, in the southern states, there is a stronger desire that holidays are possible again.”

According to Bareiß, more than three million people are employed in the tourism industry in Germany. The Germans therefore spend more than 100 billion euros a year on travel. Normally, there are 50 million holiday trips from Germany to other countries every year.

MONEY BACK FOR BOOKED HOLIDAY

Tens of thousands of German citizens have already had to cancel their holidays – and now have a right to reimbursements. According to the Federal Government, around 3.5 billion euros would have to be repaid to package travel customers for travel by the end of April alone. Because this could drive many organizers into insolvency, the federal government wants to allow companies to issue vouchers. But the plans are stalling – because the EU Commission insists that vouchers can only be issued in agreement with the customer.

Some countries have nevertheless introduced voucher schemes, Bareiß said. Germany really does not want that. If the voting process in the EU does not progress, however, “a certain framework will be found if necessary” to allow vouchers.

FINANCIAL SERVICES FOR THE BRANCHE

According to the Federal Government, the federal government’s programmes are well received in the tourism industry. In the acute phase, they could help – “but the need is growing by the day,” Bareiß stressed. In the longer term, the industry probably needs more support.

The German Tourism Association warned of the dramatic consequences of the Corona crisis. “We have calculations showing that EUR 24 billion less was collected in the months of March and April. Over Easter alone, 70 million overnight stays did not take place.” In an interview with the German Editorial Network, Reinhard Meyer, President of the Association, called on the Federal Government to provide an emergency aid programme for small and medium-sized enterprises with up to 250 employees. “More needs to happen,” he said. The reduced VAT from July does not help immediately.

At European level, the tourism ministers want the sector to also participate in the planned reconstruction fund, as the Croatian Minister Cappelli stressed. It is also hoped that 20 to 25 per cent of the next seven-year EU budget will be available.