eTrendyStock
HomeBusinessDebate on state aid: Lufthansa before week of truth
Business
May 3, 2020

Debate on state aid: Lufthansa before week of truth 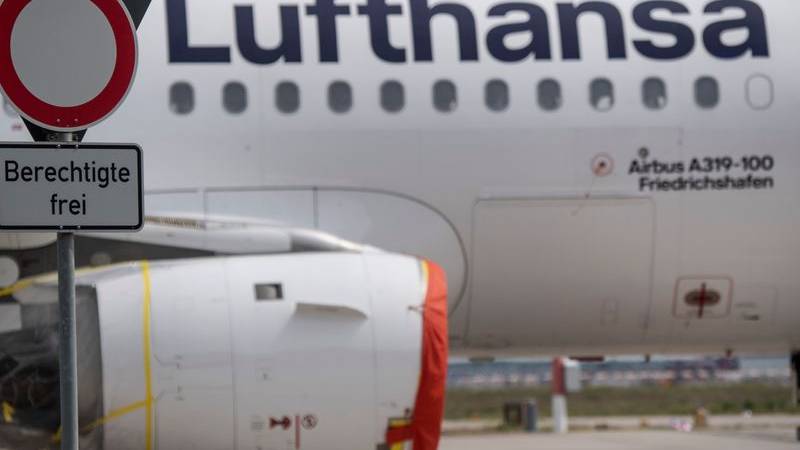 Lufthansa is facing a week of truth. A decision on billions of dollars in state aid – and its terms – is approaching, and the Dax Group has been negotiating with the federal government for some time because of the far-reaching consequences of the Corona pandemic.

“The future of Lufthansa will be decided these days,” says Group CEO Carsten Spohr, according to the pre-published text of the speech at the Annual General Meeting this Tuesday (5 May).

Lufthansa is negotiating state aid totalling around ten billion euros. It is understood that part of this is a silent holding and that the Confederation receives a good 25 percent of the shares and is also represented on the Supervisory Board.

Spohr, however, had recently rejected a greater state influence on the company – and will do so at the shareholder meeting, which is to be broadcast only on the Internet because of the Corona crisis. “We have entered this crisis through no fault of our own. Now we need state support. But we don’t need state management,” he says, according to the manuscript.

For this, Spohr gets shooting assistance. “The state’s aid is intended for the rapid resolution of the crises,” Wolfgang Steiger, general secretary of the CDU Economic Council, told the German Press Agency. He warned that politics should not secure lasting influence. “If parts of the federal government now want to use this request to secure significant state influence on this company, this is a strange behavior from politics,” said the head of the CDU-affiliated association.

FDP Group Vice-President Michael Theurer warned: A direct participation with voting rights would be a regulatory sin and could be the prelude to a nationalization. Theurer stressed that Economy Minister Peter Altmaier (CDU) must fend off the “desires for pension posts on the supervisory board and state management of the operational business on the part of the SPD”.

The cabin crew union Ufo also stood behind the board. Ufo Managing Director Nicoley Baublies, often a sharp critic of Spohr, told Die Welt am Sonntag: “In the operational business, state representatives on the Supervisory Board offer no added value.” The dpa told Baublies that posts could quickly degenerate into symbolism. “Supervisory boards from the government do not replace requirements on protection against dismissal, co-determination and other important points in our position paper on state participation.”

However, Lufthansa is facing headwinds from the SPD. “The state is not the stupid August, who gives the money and then has nothing to report,” Carsten Schneider, the first parliamentary director of the SPD parliamentary group, told Die Welt newspaper (Monday). “Anyone who applies for state support for their company will also have to meet certain conditions.” It is not a question of influencing the flight schedule, but of whether a stricken company pays a dividend, for example.

The Group’s dilemma is great: out of around 760 aircraft, around 700 are on the ground, 3,000 flights per day have been cancelled, more than 80,000 of the 130,000 employees are on short-time work, and instead of 350,000 passengers a day, only about 3,000 now fly with Lufthansa and its subsidiaries. Lufthansa currently has more than four billion euros of liquidity. But every hour she loses an operating one million euros due to the standstill. Instead of entering the state directly, Lufthansa is also examining insolvency under its own administration. On this Monday, the Executive Board intends to discuss the situation with the Supervisory Board.

Government sources said recently that negotiations were continuing. In a letter to employees, the Lufthansa Executive Board expressed confidence: “In our opinion, these discussions can be concluded soon.” But the federal government is not the only point of contact. Because of the subsidiaries Austrian Airlines (AUA), Brussels Airlines, Swiss and Edelweiss, Spohr also has to talk to the government of Austria, Belgium and Switzerland.

While berne already has a commitment to a multibillion-dollar loan, negotiations with Vienna are continuing. Austria demands assurances and guarantees for the AUA vienna hub. The Belgian government is also making claims in return for 290 million euros in liquidity aid for the subsidiary Brussels Airlines, the newspapers “L’Echo” and “De Tijd” reported. In a letter to Spohr, the Prime Minister, Sophie Wilms, called for a clear perspective of Brussels Airport as a hub. A state participation with a possible right of veto in corporate policy, for example in the case of destinations, is also up for debate.

In Germany, the Left faction in the Bundestag and environmentalists are calling for state aid to be coupled with demands. “Tax billions for Lufthansa can only be made against commitments on climate protection,” said Greenpeace transport expert Benjamin Stephan. The left-wing budget politician Victor Perli warned that an agreement with the federal government must include the preservation of jobs as well as climate goals. “Restructuring of the group on the backs of employees is unacceptable. Lufthansa must assume its overall social responsibility in return for state aid,” perli said.