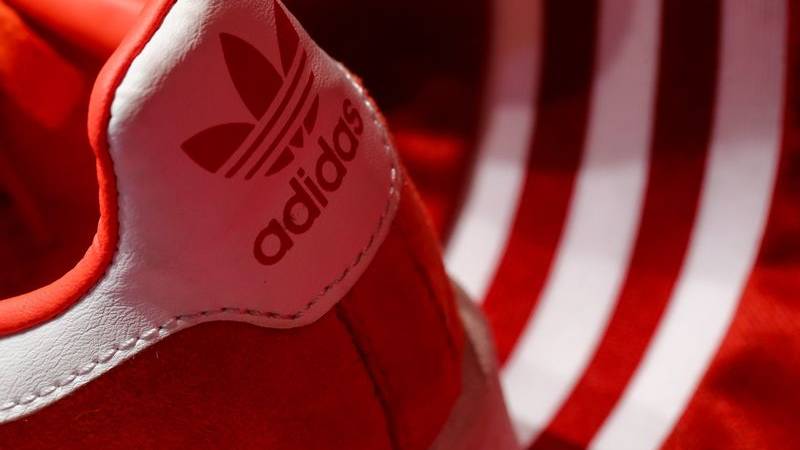 Adilettes and yoga mats instead of football shoes and tennis outfits: The world’s second largest sports wear manufacturer
Adidas sells significantly less in the Corona crisis and must become inventive in need.

Despite a significant increase in online sales and a slow recovery in China, Japan and South Korea, the pandemic has completely spoiled the Herzogenaurachers in the first quarter. “There is no tennis on the weekend, no football on the street,” CEO Kasper Rorsted said on Monday – bad times for the sporting goods industry.

Profit from continuing operations fell by 97 percent, with the net result remaining of EUR 20 million between January and March. 1.4 billion euros of cash was burned in the first three months of 2020 – partly because the salaries of 60,000 employees around the world largely continued. However, no redundancies were planned. “We are doing everything we can to prevent this,” Rorsted said.

A 35 percent increase in online sales could not make up for the declines in other areas. “E-commerce is our only store that is open all the time,” said Rorsted. Seventy-two percent of brick-and-mortar stores around the world are closed. Online commerce will continue to benefit in the post-crisis period.

Since the outbreak of the pandemic, Adidas customers have increasingly ordered items that are either suitable for exercising at home, such as yoga mats, or that are convenient to wear – such as the Adilette – through the portals on the Internet. The classic baths have experienced triple-digit growth rates and has been heavily advertised by The Herzogenauracher marketing strategists, a spokeswoman said.

Rorsted even expects an operating loss for the second quarter. Then the crisis in the US and Europe markets, which began with all its might only at the end of the first quarter, becomes fully visible. The first quarter even brought the Swiss franc a slight increase in sales of one percent in the USA, the most important market in the world – but a 45 percent drop in sales in the Asia-Pacific region. China alone saw revenues as up 58 percent from a year earlier.

Rorsted does not dare to look ahead to the full year 2020 – which should have been even better than the record year 2019 due to the European Football Championship and the Summer Olympics. The forecast made at the beginning of the year has long since been withdrawn.

But the Dane at the helm of Adidas is certain that there is a future for sporting goods. “Despite the current situation, I am confident that the sporting goods industry offers attractive opportunities for Adidas in the long term. A healthy lifestyle is becoming increasingly important for our consumers. They want to stay fit and healthy through sport,” he said.

The company had already responded weeks ago with countermeasures. A planned share buyback program worth around one billion euros has been halted. The Board of Management and extended management waived parts of their remuneration. The Federal Government granted a loan of up to three billion euros under the leadership of the state promotional bank KfW. This should be used, but then quickly replaced. “We are looking for other vehicles that can replace the loan,” Rorsted said.