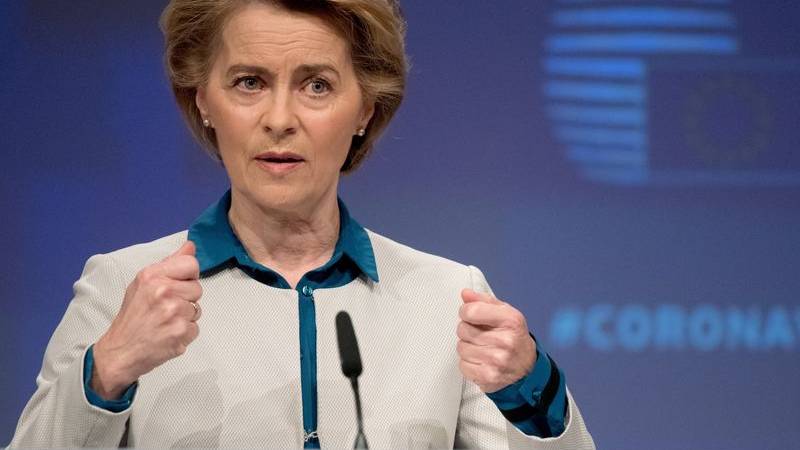 EU Commission chief Ursula von der Leyen sees a need for clarification on the planned European programme for economic recovery after the Corona crisis. “Of course, the devil is always in the detail,” von der Leyen told CNBC.

“There’s still a lot of discussion about how to spend the money and how much of it is loans and how much grants are.” In principle, however, all 27 EU countries would be behind the idea of such a programme under the next multiannual budget. She again spoke of a trillion-dollar scale.

The idea of paying money borrowed to economic recovery after the Corona pandemic as grants to crisis countries is particularly sceptical. This could violate European law, German EU Ambassador Michael Clauß told the Bundestag’s European Committee, according to Spiegel. While the Commission’s legal service is legally condoning the plans, representatives of the Council’s legal service would be more sceptical about the project. Green MEP Franziska Brantner confirmed the remarks to the German Press Agency.

The EU states had instructed von der Leyen to work out the details of the reconstruction plan. They should be available in one to two weeks. Von der Leyen, however, has already outlined how she intends to proceed. With the help of guarantees from the EU states, it wants to issue its own bonds and borrow money on the capital market in the next seven-year EU budget – this also seems to be consensual among the 27 countries.

However, it is disputed whether this money raised through loans can only go to the crisis states as a loan – i.e. with a repayment obligation – or as a subsidy. Von der Leyen says she wants a balance of both. Italy, Spain and France are particularly affected by the pandemic. Germany and other states have objections.

The background is that the EU is usually not allowed to take on debts for the current budget. “Without prejudice to other revenue, the budget is fully financed from own resources,” says Article 311 of the Treaty on the Functioning of the EU. The alternative would be for Germany and other countries to pay significantly more into the EU budget, thus enabling additional aid to crisis states. It would also be conceivable to bring forward money from later years of the EU seven-year plan.

Green European politician Brantner dismissed concerns. “Whether you increase national contributions now or in ten, 20 years, when the repayment is due, ultimately makes no difference,” she told dpa. “What is important is that the EU states are now getting through the crisis well.” Instead of hiding behind legal concerns of individuals, the federal government should insist that the rule of law and sustainability be taken into account when using the money.

US investor George Soros advertised in the “mirror” for the inclusion of one trillion euros via so-called eternal bonds. These are papers that do not have a repayment date, but for which interest is due. With an interest rate of 0.5 percent, that would be five billion euros per year, Soros predicted. This corresponds to only three percent of the current EU budget and is a “modest amount relative to the trillion that is urgently needed”. Soros was referring to a Spanish proposal. This was wrongly ignored.