eTrendyStock
HomeBusinessCorona crisis: The trail of the home office in the electricity meter
Business
May 3, 2020

Corona crisis: The trail of the home office in the electricity meter 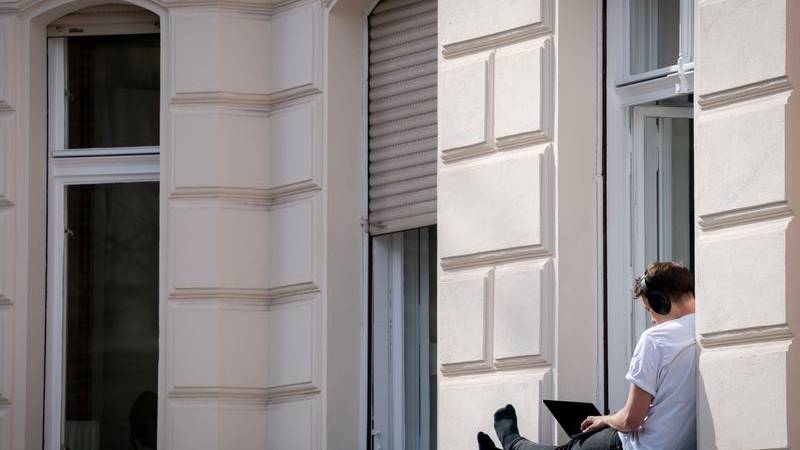 The Corona crisis has changed not only the daily work routine, but also the rhythm of many people’s lives. The indications provide two very ordinary measuring devices: electricity and water meters.

In the Corona crisis, millions of people in Germany appear to be getting up later than usual – and going to the shower later.

The municipal utilities in several German municipalities observe corona-related changes in everyday life in their measurement data on electricity and water consumption. “In the morning, our customers are currently using electricity later than usual,” says a spokesman for Stadtwerke München. At noon in the Bavarian capital, electricity consumption is rising – Munich’s stadtwerke suspect that more is being cooked at home.

The Augsburger Stadtwerke states that the increase in electricity consumption in the morning will start about an hour later than normal. The situation is similar in Leipzig: “The significant increase in electricity consumption in Leipzig in the morning starts a little later than before Corona,” says a spokesman for the Leipzig Supply and Transport Company.

In addition, it is reasonable to assume that many people shower only after breakfast. “The morning delivery peak is shifting by a good two hours,” says Hamburg Wasser. During the week, most of the water normally flows from the taps of the Hanseatic city between 7.45 am and 8.15 am – this peak consumption has shifted to the period between 9.30 and 10.00 a.m. In the Ruhr area, the Essen municipal utilities are seeing a similar change.

But there are difficult regional differences: “You can see that the “morning peak” is shifting from 7.30 a.m. to 9 a.m. on Monday,” says a spokeswoman for Dresdner Stadtwerke Drewag. “That means that people get up early and take a shower early” – but the Dresdeners are still half an hour earlier than the hamburgers.

The fact that many citizens can start later in the day than before the beginning of the crisis is obvious, as one municipal utility says. If you work at home, you save time for your way to work. And if the children no longer have to go to school – or drive – they can have breakfast later.

However, the data is not clear. In some places, the local municipal utilities do not observe a time shift in electricity consumption, for example in the Westphalian Minster. And in Würzburg or Nuremberg, morning electricity consumption is rising more slowly than before the crisis erupted, but not much later.

But the measurement of consumption is not the same everywhere. Some municipal utilities do not cover private and commercial consumption separately, for example in Bremen. And many municipalities have outsourced the management of their power grids and therefore do not have accurate data on network utilization during the day.

In Munich, at least, it is not only the municipal utilities that can get a comparatively accurate picture of the rhythm of life of the citizens in the Corona crisis. The municipal network operator M-Net has analysed telephone and data traffic: Unsurprisingly, traffic in the morning has risen sharply. The already dead-believed landline telephone is also experiencing a renaissance with an increase of 50 percent.

And in terms of leisure activities, not only Netflix and Youtube, but also the video game industry benefit: “Gaming traffic has increased by 50 percent compared to February and remains at this level,” says a spokesperson. Some stressed parents may park their children in front of the Playstation.