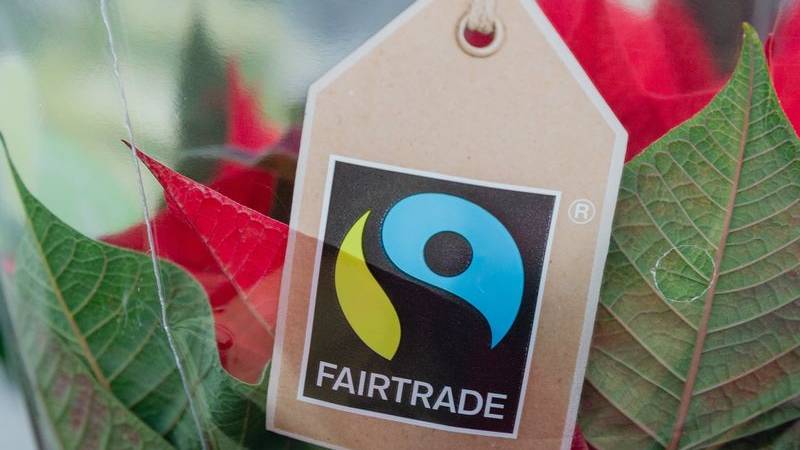 Goods with the “Fairtrade” label are still on trend, and sales of fair-trade products exceeded the 2 billion euro mark for the first time in 2019.

However, the development is overshadowed by the consequences of the Corona pandemic. Demand for fair food such as coffee, bananas and cocoa has remained stable so far.

This was announced by the association Transfair in Berlin, which gives dealers and producers the right to use the “Fairtrade” logo in exchange for royalties.

But in the growing countries of the “Fairtrade” products, health care and the economy are fragile, according to Transfair CEO Dieter Overath. The pandemic exposes social and economic inequality.

Consumers in Germany spent an average of 25 euros on fair trade products in 2019. Sales rose from 1.6 billion euros a year earlier to 2.04 billion euros, an increase of 26 percent. There was a significant increase in bananas, of which 130,000 tonnes were sold, 41 percent more than in 2018. The market share is thus 20 percent. According to the data, the strong increase is mainly due to the fact that “Fairtrade” bananas without organic seals are now also on offer at the discounter Lidl.

Fair-trade coffee has also increased by 12 percent to 23,000 tonnes, but the market share is still modest at around 5 percent. The business of fair trade tea is even more difficult, of which only 359 tonnes were sold throughout Germany – a decrease of 6 percent, which Transfair attributed to the past hot summer.

On the other hand, the demand for fair trade cocoa for chocolate production, for example, has increased to 79,000 tonnes. That’s 45 percent more than in 2018 and a market share of 17 percent.

According to Transfair, fair trade products are a help for producer organisations, especially in the Corona crisis. In addition to stable minimum prices, you will receive a Fairtrade premium for “Fairtrade” sales, which arose at EUR 38 million in 2019. “Right now, the premium is important because it is often the only reserve that producers have,” said Mary Kinyua, president of the Producer Network Fairtrade Africa, according to the announcement.

“In addition to the fear of health, the economic consequences are dramatic,” kinyua said. “Harvest helpers are missing for raw materials for which harvestism is still pending. Where the harvest is collected, logistics is our concern. Mobility restrictions make transport to the port more difficult and expensive.”

Fair trade has increased regularly in Germany in recent years. There are now several seals for products whose suppliers value fair wages and better working conditions. The Forum Fair Trade intends to present its data in July.

According to its managing director Matthias Fiedler, the impact of the Corona pandemic is also to be expected. “The lack of purchases from the world stores and the partially collapsing supply chains are major challenges for fair trading companies,” he said when asked.

The situation is particularly critical for their trading partners in the Global South. “They are already seeing a big drop in sales because they have to partially close their businesses or can no longer export their goods,” said Fiedler. There was a great risk of insolvency.