eTrendyStock
HomeBusinessAfter T-Mobile merger: How Telekom wants to conquer the US market
Business
May 6, 2020

After T-Mobile merger: How Telekom wants to conquer the US market 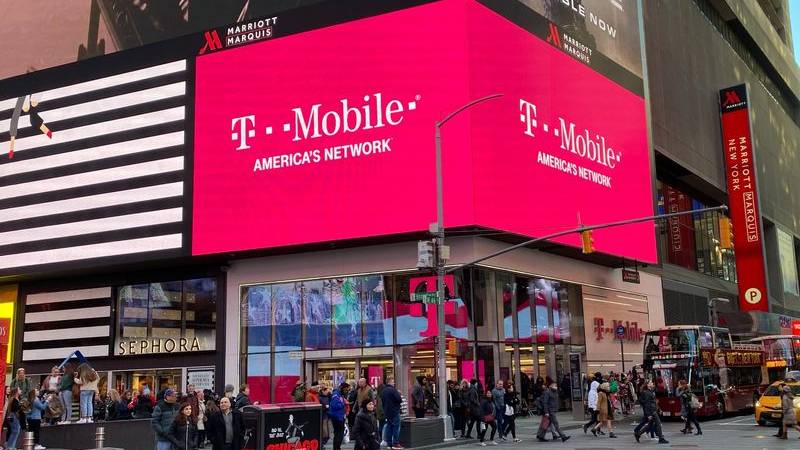 Deutsche Telekom has finally successfully married its US subsidiary to a merger partner, and the attack in America is now to be stepped up with combined forces.

It took nearly two years to antitrust the controversial merger of T-Mobile US with smaller rival Sprint. Now the hunt for industry leaders Verizon and AT&T can begin – they want to become the number one in the US, announced Telekom CEO Tim Höttges. There is fierce competition in the US mobile market, but experts see the rapidly growing telecoms subsidiary in a good position.

T-Mobile plans to report its first-quarter annual report today after the U.S. stock market closes at 10 p.m. AEST. On Wall Street, significant gains are once again expected. While the US economy as a whole is groaning under the consequences of the Corona pandemic, the mobile business has so far been relatively resilient despite major recession risks. Shares of T-Mobile US have risen nearly 13 percent since the start of the year.

Financial analyst Brett Feldman of US bank Goldman Sachs expects the telecoms subsidiary to continue its upward stake. The merger with Sprint is expected to significantly reduce costs and significantly increase profit margins – even if the project costs billions in the first place because the networks need to be merged. In addition, the 5G expansion has advantages over its largest US competitors Verizon and AT&T. Feldman trusts T-Mobile to accelerate already strong customer growth significantly – despite traditionally high churn rates at Sprint.

For the Bonn-based Telekom Group, the US subsidiary has developed in recent years from an unloved troubled child to a sought-after success-bringer. For a long time, the US division, bought in 2001 by the then telecoms boss Ron Sommer for a horrendous 40 billion euros, was considered an expensive flop. In addition to patchy network coverage, the small mobile operator, for example, was slammed for not having Apple’s popular iPhone on offer – customers ran in droves to compete. In 2011, a sales attempt to place deer AT&T failed.

For example, the completion of the merger with Sprint just over a month ago was the great happy ending for Bonner son in a story that has kept the company on its toes for many years. As early as 2014, T-Mobile and Sprint wanted to join forces, but this failed due to antitrust concerns. In another attempt, Telekom and Sprint parent Softbank were unable to agree on price and ownership. The fact that the mega-deal came about in the third attempt was hardly to be expected in the meantime.

This time, too, the concerns of the competition watchdogs were great. After months of tough negotiations, the U.S. Department of Justice ultimately agreed under strict conditions, and the FCC also gave the go-ahead. But 13 states and the Washington district sued the merger because they feared job losses and price increases. In December, the showdown took place in New York, and in February the verdict was passed in favor of T-Mobile and Sprint – the tremor was over.

Telekom CEO Höttges spoke of a “historic day” when the merger of T-Mobile and Sprint was finally completed at the beginning of April. Telekom controls 67 percent of the voting rights and received the largest share of the merged company with 43 percent. Sprint majority owner Softbank takes over 24 percent, with the rest going to independent shareholders. The merger was through a share swap in which Sprint shareholders received T-Mobile shares worth more than 31 billion dollars.

“It is good for us Germans if a German company manages to play a leading role in a key industry, in a high-tech industry, in the USA,” said Höttges when presenting the telekom annual figures in February. Together, T-Mobile and Sprint say they have around 140 million customers. The merger boosted the market value of the telecoms subsidiary, which is traded on the Nasdaq, to more than 110 billion dollars.