eTrendyStock
HomeMarket WatchYopichain Is Bringing the Next Generation of a Crypto Payment Revolution to...
Market Watch
July 26, 2022 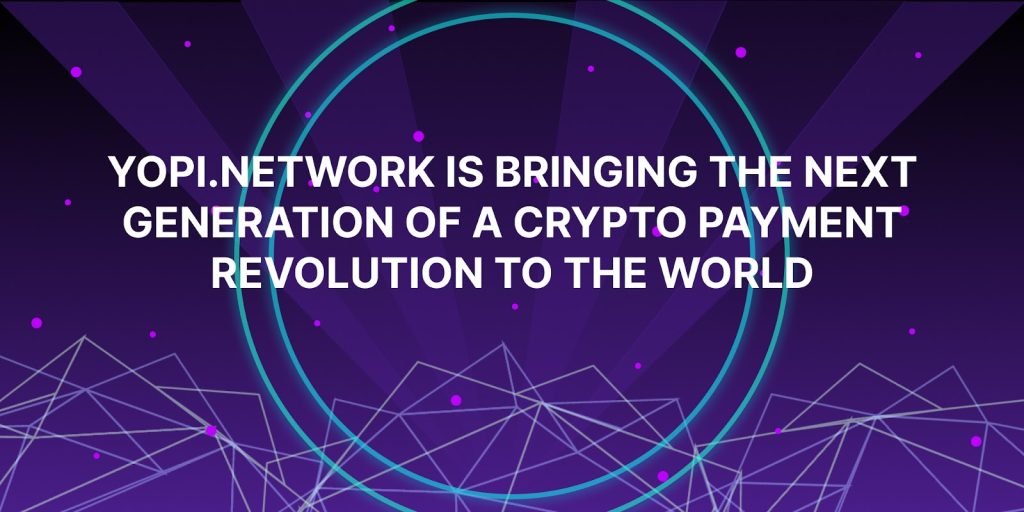 Belize City, Belize, Yopi, a new, highly scalable, community-driven blockchain project that aims to be the technology ecosystem of the new world and make the future of digital payments a reality, has announced a web3 network integration in the Yopichain.

Yopi network allows its users and community to venture into the new era of society seamlessly; economy and digital interactions enter the new universe with digital technologies. Web3, multichain, metaverse, NFT, and green energy are the areas where the project makes substantial investments.

Currently, the native payment method of the Yopi network, Yopichain, is required to trade services within the network. The platform plans to allow Yopicoin users to purchase items from the yopi marketplace via an nft mechanism. The Yopicoin currently offers holders a range of features within the yopi network, including accessing exclusive events and staking.

Following the successful launch of ICO round 1, during which 225 million Yopi were sold, and 2413 BNB were raised, the company recently announced the start of ICO round 2. The company had set the price at $0.0033 in addition to the 10% bonus.

Through NFC, Yopi Cash will allow users to pay globally and spend cryptocurrency on a daily basis. In addition, Yopicash will operate in the yopi.network as the world’s fastest and cheapest payment solution. Furthermore, each Yopi holder of the service will have access to Yopi’s online payment app, allowing them to purchase NFT using their Yopi points.

The platform will also allow users to earn money with its Yopi Gold currency. The currency of Yopi Gold is based on a monetary standard in which one gram of gold is the basic unit of exchange. With all revenue generated by AI trading bots owned by Yopi Network, Yopi Gold strives to maintain price stability by buying physical gold.

The Yopi Network also lets traders and investors earn rewards for holding specific cryptocurrencies at high-interest rates. For the 30, 60, and 90 days lock period, the platform offers 33%, 49%, and 66% APY.

The platform plans to expand globally and launch more bounty campaigns in the first and second quarters of 2023, followed by the launch of Yopi Chain.

Yopi is a new, highly stable, and community-driven cryptocurrency project aimed at becoming the technology ecosystem of the future and making digital payments a reality. In addition to supporting multi-currency accounts, currency transfers, and exchange services, the platform is set to pioneer the integration of crypto and traditional currencies.