Warnings fair: German companies are too slow with E-cars in China 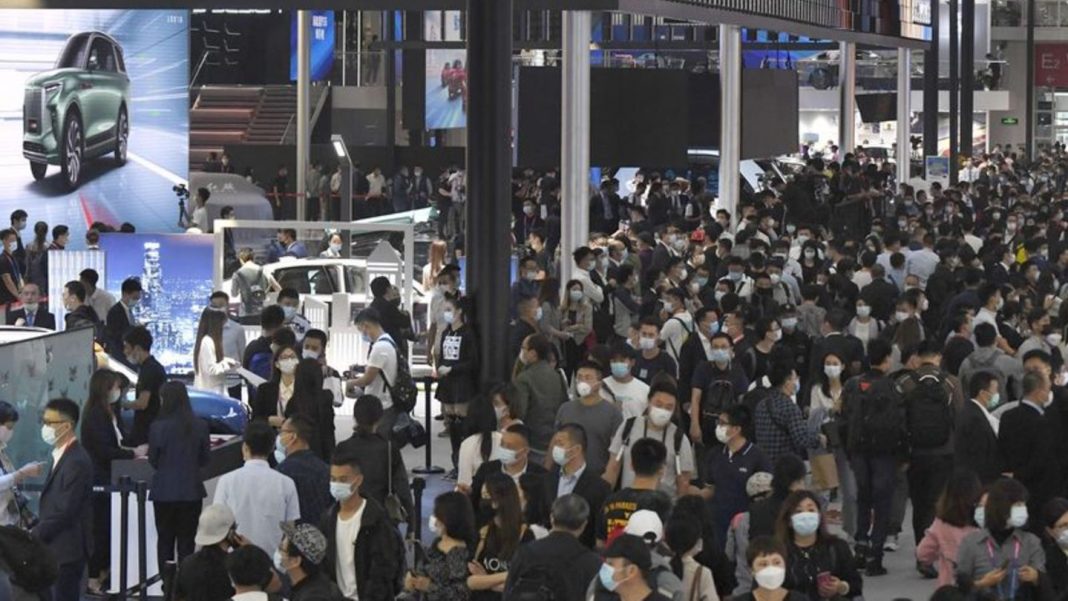 Warnings fair: German companies are too slow with E-cars in China

At the auto show in Beijing, China presents itself as a lead market for electric mobility. The government is promoting E-cars, limited to a gasoline engine. But the right products is a lack of German car manufacturers still?

German car maker will have to work according to the assessment of industry experts, stronger, with the rapid development of electric cars in China to compete.

At the international auto show in Beijing, the German company consultant Peter Hage from the Districom Group on Sunday, the German press Agency, said: “with regard to electric mobility, it is not necessary to say to you.” Overall, German manufacturers would have on the world’s largest market for E-mobility “to date, very few models really sales”.

The “Auto China 2020” in China’s capital, is the first major international exhibition since the beginning of the pandemic. China, where the Coronavirus was discovered in December first, brought the outbreak with stringent measures, largely under control and is no longer hardly any local infections. So in the spring, initially suspended exhibition, which is one of the largest in the auto world can be made up, now.

“The lead market in electric mobility in China by a big margin,” said the expert Stefan Bratzel from the Center of Automotive Management (CAM). “You have to be very careful not to be as it is not lost if you invested.” The government would do much for the promotion. There are subsidies and incentives for buyers. Many of the metropolises of limited gasoline. Charging stations would be expanded. Chinese are more open to technical innovation, mostly in the city, and less long distances over Land. “Due to China German car maker had to put the E-mobility is much higher on their Agenda, because the pressure is enormously strong.”

So far, more than four million electrically powered vehicles on China’s roads already. This year alone, one Million E-cars sold. The sales are growing significantly faster than that for gasoline vehicles. “The share of the passenger car market, with five to six per cent, although still comparatively low, but by 2025 it is expected to be 20 to 25 percent E-cars,” said the Secretary-General of passenger car Association (CPCA), Cui Huangshan. Then should be sold, according to estimates, four million E-cars per year.

BMW-China-in-chief Jochen Goller did not dpa-demand to the warnings that the German auto maker would have the right products for E-mobility. “Until today, you may perhaps have been right,” said Goller. However, to have developed the demand in the first place. “For the first Time, we see that there is a market,” said Goller, who spoke of a “great marketplace”. BMW offer so now each of his new models not only with gasoline but also electrically. This week, the production of the electric city all-terrain vehicle iX3 starts in China.

Overall, German manufacturers from the point of view of Districom-Chef Hage to come but slowly to the market. While they were enjoying in China high Reputation. “You could come with your brand much more into the business, but so far the products,” said the consultant, who has 16 years in the automotive industry in China. “The longer this Situation lasts, the stronger it is possible for other providers, particularly Tesla, to occupy this field.”

Others might present themselves as an attractive leader in innovation, and argue: “We might not have a hundred years of brand history, and perhaps no wood interior and three types of leather – but nobody is better than us, in terms of the future. And the future is now.” German car maker would also need to listen more to what the customer really wanted, and in the development of new vehicles and services pragmatic.

At the beginning of the US manufacturer Tesla world had been more at the forefront of Innovation, said Hage. In the width but I have forced the world’s largest auto market in China, the German car industry, “faster E-mobility and Innovation, add to contact”. However, there are more and more competitive, noted the expert, among other things, on Chinese Start-Ups such as Nio, Xpeng, the Geely subsidiary Lynk@Co or WM (world champion), some of which just billion to investors to collect funds. “The window is getting smaller and smaller,” said Hage. “And there are more and more players, especially in the Chinese market.”