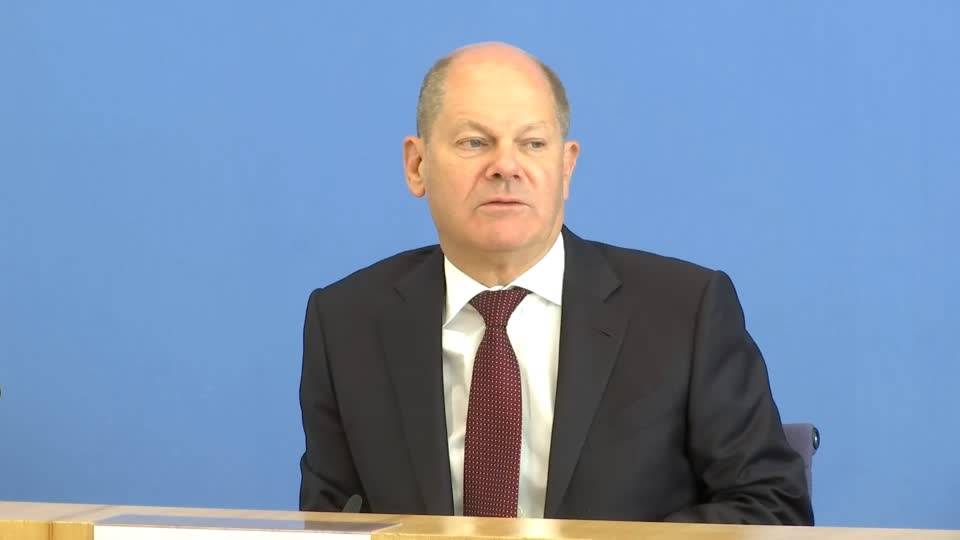 Thursday afternoon, Federal Press Conference in Berlin. The proclamation of a Job message, at least as far as the economic consequences of the Corona pandemic are concerned. Federal Finance Minister Olaf Scholz on the current tax estimate, he speaks of considerable loss of revenue: “In relation to the entire state, with the federal government, the Länder and the municipalities, it is over 700 billion. Compared to the forecast of autumn, when no one could have guessed anything about the Coronapandemie, or at least only particularly clairvoyant, this is a minus of 43.9 billion euros for the federal government and if you add all of them together, the federal government, the Länder and the municipalities again, it is 98.6 billion euros. Nevertheless, the crisis can be managed financially, thanks to the good budgetary policy of recent years, Scholz said. The journalists then wanted to know how the minister would like to make up for the shortfall in revenue. There has already been speculation about tax increases in the run-up to the event. The minister does not believe in rigid austerity, he says. “That would be a serious mistake in economic and economic policy, and that is why I will not do it. But I believe that one cannot resist a crisis, but that one must stop against it.” The opposition, in any case, is alarmed. This is the case with Christian Dürr, deputy leader of the FDP parliamentary group. “Any debate about tax increases or additional levies is now out of the question. On the contrary, I believe that people, businesses, need to be relieved.” The Greens also have a trade recommendation for the Federal Government – the group chairman Anton Hofreiter warns against austerity debates: “The right response is to ensure that unemployment does not explode completely by completely choking off the economy with austerity measures, if it is epidemiologically permissible.” Gesine Lötzsch, deputy leader of the Left Party in the Bundestag. She said on Thursday: “A levy on very, very large assets, of course without destroying business assets, is quite clear. And there is also a basis for this, that is the Basic Law of Article 106.” The group chairwoman made an effort to make this demand and referred to the burden-sharing after the Second World War. After all, after all, there was the economic miracle.