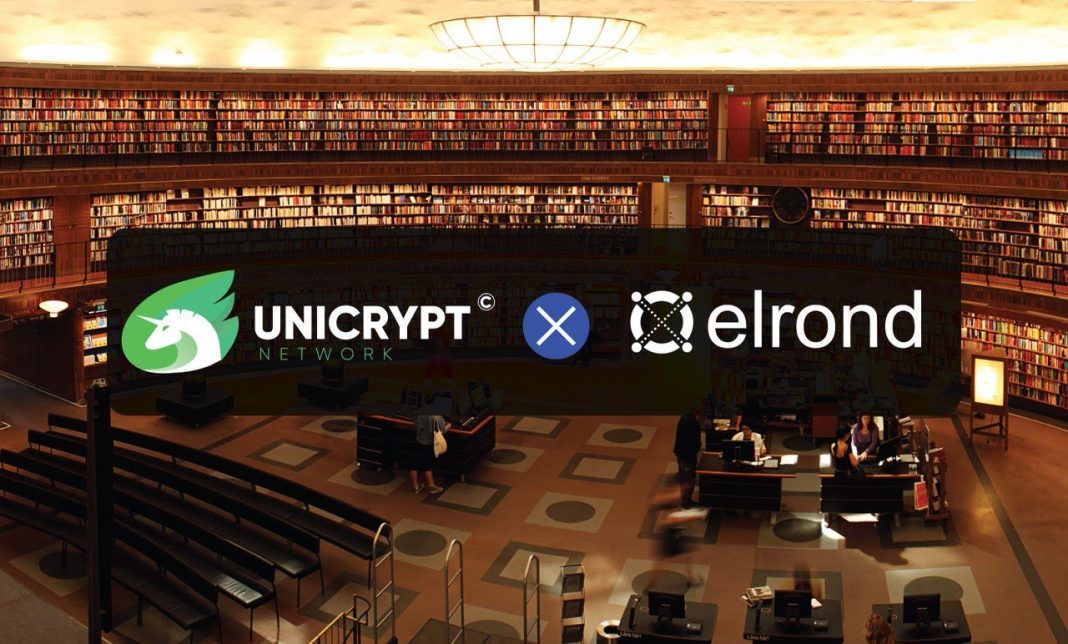 Unicrypt, a robust platform offering multi-chain decentralized crypto services, will start the integration work with the Elrond Network in Q3 of 2021.

The development will enable Unicrypt to deploy its wide range of current and future applications on the Elrond chain, which currently has 639K Mainnet wallets with 6.2 million transactions and approximately $11.4M staked.

Why the Elrond Integration Matters!

For starters, Unicrypt plans to deploy its liquidity lockers that protect DeFi investors against exit scams, along with the Unicrypt browser, on top of Elrond’s intuitive end-user app, Maiar exchange.

Maiar is revolutionizing DeFi services by similarly fostering critical mass adoption to the internet browser invention of the internet. The exchange currently boasts over 1.72 million $EGLD staked by 59,000+ users.

The deployment of Unicrypt liquidity lockers, hailed as the pioneering liquidity locker on Uniswap pools introduces an extra layer of trust and security for newly launched DeFi projects utilizing Maiar liquidity pools. The Unicrypt team has hired a Rust developer to oversee the process.

The second step is deploying Unicrpyt token vesting options, which boosts confidence in potential participants of token offerings. The service enables a new project team to define its trustless long-term tokenomics plans and set up a lockup period (usually one or two years).

Finally, the Unicrypt team will review the usage of the above deployments and let the community vote on which service should be deployed on the platform next. The poll will determine whether the services mentioned above will take precedence over other offerings currently in the pipeline, including revamped iterations of the Unicrypt farming and staking tools and enhancements of the self-service incubation zone.

What Challenges Could the Integration Face?

Unicrypt will first have to identify which technical resources to deploy for the services deployed on top of the Elrond chain, as it has in the past exclusively built Solidity.

The next challenge will be educating the Elrond audience and users about Unicrypt technical services like migrations, liquidity locks, and trustless DeFi tools that require documentation. Unicrypt plans to mobilize technical and community support to help the Elrond users understand these concepts that may not be as clear to a BSC audience.

Elrond is a potential future smart blockchain seeking to accelerate adoption for the world’s dev teams via its simple and powerful tatum.io blockchain infrastructure. Any user can leverage Elrond’s free API to develop apps without any specific knowledge of the blockchain.

The highly scalable, fast, and secure internet-scale blockchain deploys a Proof of Stake (PoS) algorithm and new Adaptive State Sharding mechanism to allow for a 1,000X cumulative improvement in performance. Elrond is the first and only infinitely scalable 3rd generation chain that scales up to 100,000’s TPS.

The Elrond project, led by CEO Beniamin Mincu, powers the building of distributed applications, enterprise use cases, and the new-fangled internet economy. The innovative blockchain project introduces the most significant development for an energy-efficient POS algorithm that fosters unprecedented fairness of all participants while circumventing network resources.