eTrendyStock
HomeBusinessTourism: Prior to the pilot project: Corona on Mallorca under control
Business
June 13, 2020

Tourism: Prior to the pilot project: Corona on Mallorca under control 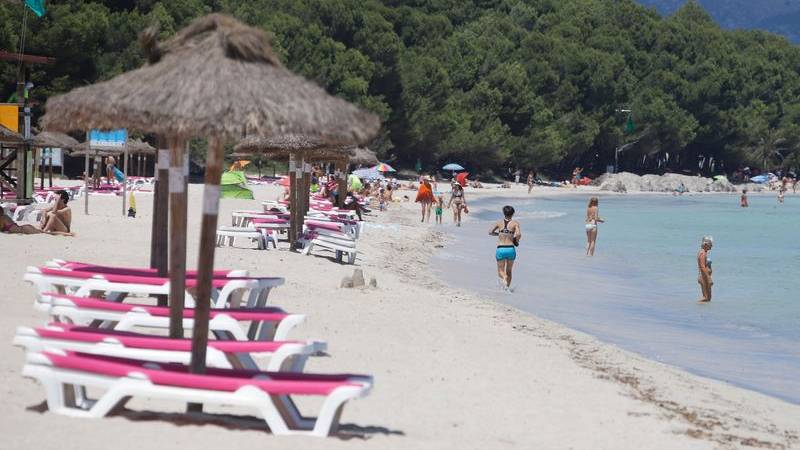 Shortly before the start of the pilot project, with nearly 11,000 German tourists on Monday on the Balearic Islands, the Corona-pandemic remains on Mallorca and the other three Islands under control.

Within 24 hours had been registered in this Spanish Region of only six new cases of infection, informed the health authorities in the capital, Palma. Of the total of 168 beds in intensive care units, only 15 Covid-19 were on Saturday, according to official figures, patients occupies.

Although the former Corona-Hotspot Spain its borders to visitors from the EU only on 1. July open, may receive the tourism-dependent Balearic Islands starting from Monday and until the end of June up to 10.900 tourists from Germany. The project is intended to serve the purpose of samples in the case of an emergency. They wanted to check whether the security work at airports and in Hotels, it said. A not unimportant aspect: The pandemic-stricken sector achieved something before the first revenue.

In front of the travelers from Germany, the footballer Lionel Messi and German goalkeeper Marc-André ter came world webs with the kickers of the Spanish champion FC Barcelona to Mallorca. They arrived on Saturday in Palma, because you should be playing in the evening for the League restart at RCD Mallorca. All wore a protective mask and gloves.

The first guests are on Monday – coming from Düsseldorf – already in the morning in Palma arrival, the second machine of the first day will start in Frankfurt and in the evening on the Airport of Son Sant Joan land. There, then, for the first time, cameras will be used with temperature control sensors on all Incoming.

According to a on Friday, adopted by a decree of the Central government to all tourists on arrival will need to submit filled in a questionnaire – the so-called Passenger Locator Card. The island authorities are obliged to ensure a daily check of all visitors, in order to detect any symptoms of travellers during the stay and to keep track of.

How the Balearic government head of Francina Armengol stressed, should, however, be subjected to only those tourists Coronavirus-Tests, the suspicious symptoms. Infection with the Virus Sars-CoV-2 is identified, isolated, and Concerned with all members in a designated Hotel.