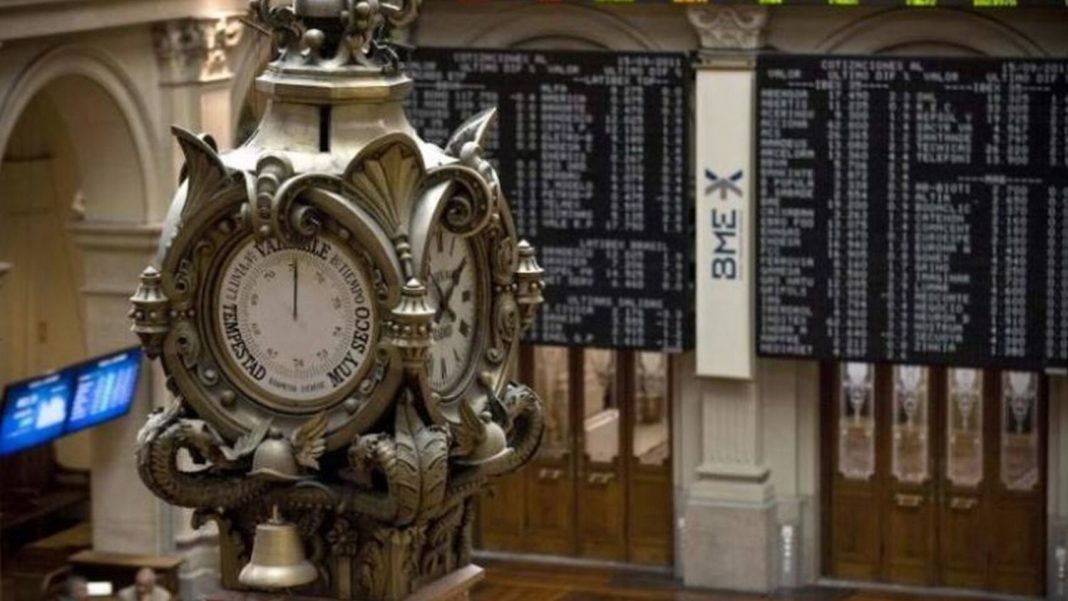 The recovery is advancing, but in the Spanish stock market takes a very slow rate. The Ibex 35 just back 15% from its lows of the pandemic and the majority of its listed still accumulates a significant bump. So much so that near one-fifth of the index is to throw opa if it is taken as a reference, the price of the operations launched this year.

Even now, five and a half months after the fateful march 12, in which the Ibex suffered the worst session of all time, a dozen listed on the Ibex 35 lost more than 40% of its market value. And there are three (Sabadell, IAG and Meliá) that even lose more than half of its capitalization in this 2020 of the coronavirus. Put another way, take lost more euros now are worth.

With this panorama, there are many listed Spanish that are shot opa of any rival or investment fund that had the sufficient reserves in the safe or the necessary margin to go into debt. Although the situation is not as dramatic as in march, when the Government had to run to shield the listed possible offers hostile foreign, many have seen little improvement in their graphics for a quote.

The defeat still suffering from the listed Spanish makes the market capitalisation of a dozen of values of the basket from the Ibex 35 is below that of the 3,000 million euros (Ence, Meliá, Indra, Almirall, Acerinox Cie Automotive, Sabadell, Viscofan and MásMóvil).

This is the amount that have been around the last two opas made on listed Spanish: BME and MásMóvil. The first has ended with a resounding success that points to the exclusion on the stock market. The second is still in a phase of acceptance.

Although this number is only a mark rough, the experts opt for operations that may occur on Spanish companies would be listed mid-cap and modest recoveries. The uncertainty that continues to generate the effect of the pandemic on the economy means that, according to the experts, the operations of deeper draught are postponing to achieve greater visibility to the strength and solvency of the now-incipient economic recovery.

The director of analysis of Link Securities Juan Jose Lopez-Figares, explains that “by what has fallen to your quote, yes there are companies that could be subject to takeoverbut the problem is that in these times most companies are moving to consolidate their businesses and the solvency of their balance sheets rather than grow.” For this reason, it considers that it will be “over the medium term” when the activity on the Spanish market could be more significant.

In this context, the investment director of atl Capital, Ignacio Cantos, no doubt point to the capital risk as the protagonist more likely a transaction of this type. “There are many companies cheap. in venture capital, there is a lot of liquidity and the specialized funds do not cease to raise the capital that is proposed”.

However, Songs recognizes that “there are so many candidates of truth” between the restrictions of the Government in strategic sectors that include security (Indra), telecommunications networks (Telefónica) and energy (Repsol), the lack of visibility in some industrial sectors and the weight of some of the relevant shareholders in several of the listed more depreciated but with a good finances.

In this last category includes Meliá Hotelsthat with a punishment accumulated to 54% in the year that has left its cap at 827 million euros has become the target of recent investors bearish. Where do you see possible trades, but rather mergers agreed, is in the financial sector.

Here coincides with Victor Alvargonzález, founding partner of Nextep Finance, which notes that more than by the chance of the prices, these banking mergers would be the result of “the need for the restructuring of the sector”. Considered as preached cross-border operations will continue to be more complex, because “Europe has become even more protectionist”.

In addition, the expert in investment consulting, says that the greater weight of financial stocks in the Ibex 35 makes it “an index to the very analog”, which will also move away from the more corporate activity that could be seen in other indicators where technology companies have a weight more significant. Facade of the Bank of Spain.

The bank of Spain.

Another of the more traditional sectors of the Spanish economy is the real estate. And here the analyst Aitor Méndez, IG, believes that there is a firm candidate to be the target of a takeover bid: Merlin Properties. In fact, there have already been rumors in recent weeks that put the fund to Brookfield as a possible buyer of the first socimi listed on the Ibex 35.

With a market capitalization of 3.570 million euros, the figure is only “the half of the value of its portfolio of assets,” according to the expert of IG. So succulent you have a craving for the operation of the analyst who notes that “one could not rule out that the situation ends in a a series of paho and contraopas that they will raise the price of the action”.

From Income 4, director of analysis of the entity, Natalia Aguirre, puts the accent on that this is not the time to invest chasing rain of millions, but doing so “based on fundamental regardless of who may have or not a corporate operation”. And is that, beyond the deterioration of stock of each company, here is where lies the key of his possible recovery in the parquet and the greater or lesser generosity that a hypothetical buyer I might get to splurge.

“In general terms, yes that could arise opportunities in an environment of low interest rates for an extended period of time, but also it will be more visible in some sectors to know if the price you are considering paying is attractive or not”, insists Aguirre in this raging river prone to buying companies at a bargain price.