The failure of North Korea: while the population dies of hunger, Kim Jong-un enjoys enormous privileges and a life of luxury 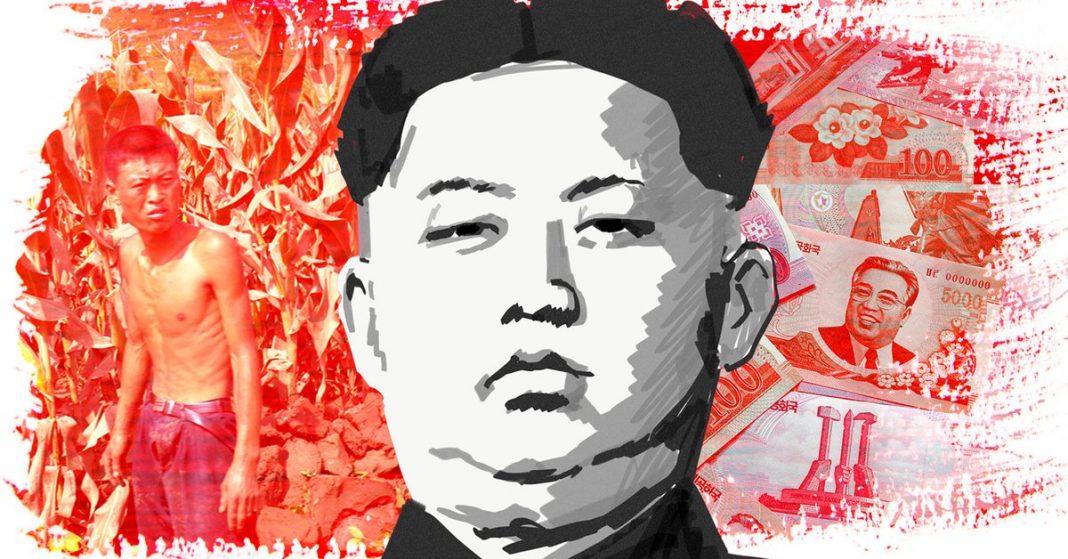 North korea faces the greatest economic crisis since assuming Kim Jong-un succeeding his father in this dynasty totalitarian not find a way out of poverty rather than boasting about his nuclear arsenal and military , investing your money for testing missile instead of remove his people from the famine. It seems that the national pride in front of the rest of the world might more than the needs of their own people.

Surely the black swan, who has represented to all the world’s economies, the pandemic of coronavirus, has deepened the crisis, together with international sanctions and the floods that have struck recently in the country. But what is certain is that these three causes have only deepened a closed economy, impoverished, which has failed in so many years any kind of development. According to Fitch Solutions, this year the economy of the country could have its maximum contraction and fall up to 7% matching to the year 1997 when the country experienced great famine.

In this context, the president of north korea Kim Jong-un announced Thursday that it will call a meeting of the Congress of the ruling party for the next January in order to delineate a new economic plan to 5 years, and try to pull the country out of the deep crisis in which it is located. According to a cable from the state agency KCNA, the north Korean leader Kim Jong-un, met this week with the Central Committee of the workers ‘ Party where he acknowledged the failure of his last economic plan. The governor acknowledged a sharp drop in the economy as a result of what he called “unexpected and unavoidable challenges in various aspects in addition to the situation facing the region surrounding the Korean Peninsula” .

The last meeting of the Congress was in the year 2016 where Kim Jong-un assumed the position of chairman of the Workers Party and establishing the first economic plan for the country since the years 80′.

The torrential rains that hit the country this summer caused major flooding destroying a large part of its arable land. Foods that were scarce have done no more than continue to decline. According to the World Food Programme of the United Nations, 40% of north koreans are undernourished. The north Korean economy has been a failure for decades been hampered by the mismanagement communistthe great famine towards the end of the decade of the 90y the tougher penalties imposed gradually by the United Nations since the year 2006 when North Korea decided to conduct its first nuclear test. The economy was already under heavy pressure when the contractor was forced to close its border with China, its powerful ally , as a result of the outbreak in Wuhan of the Covid 19. Although his government boasts of not having cases of the disease in its territory, it is difficult to check for a closed system and little transparent information.

A year ago, Kim Jong-un promised to build a self-sufficient economy due to the new sanctions imposed on the country. During the historic meeting between the american President Donald Trump and Kim in Singapore in the year 2018 it aimed to achieve a Korean peninsula free of nuclear weapons. But the relationships that seemed friendly they were deteriorating for the second meeting held in Vietnam where the united States refused to accept the demands of North Korea to lift economic sanctions in exchange for a surrender part of their nuclear capabilities. Some experts believe that due to the situation that go through is very feasible that Kim Jong-un announces changes in its foreign policy in the next congress that will take place after the us elections, and whose date was not selected randomly.

Kim Jong-un tried to boost the economy with reforms of domestic designed to create a “socialist system of operation, responsible business”. It gave them greater incentives to factories and collective farms to increase productivity, including the right to keep profits. Also increased exports of coal, iron ore, textiles and seafood to China achieving an economic growth of 3.9% in 2016, the highest since the end of the years 90′ according to data of central bank of South Korea.

But Kim accompanied this growth with a rapid expansion of its weapons program, testing three intercontinental ballistic missiles in the year 2017, as well as a hydrogen bomb. In response to this the Council of Safety of United Nations sanctions restricting all exports from North Korea.

The economy contracted 3.5% in 2017 rising to a fall of 4.1 % the following year as a result of a fall of 86% of their exports to China , its major trading partner, and of those who absolutely depend on. The representative north Korean comes to Vietnam for an agreement with a need of economic relief, but made a few gestures with which the agreement falls, and the Security Council of the United Nations requires China, Russia and other countries that force workers to north Korean in their countries before December, as the crisis escalated as the work of north koreans in these territories involves an income of between 500 and 1,000 million dollars for the north Korean economy.

Despite the sanctions the trade of North Korea with China, grew by 15% in 2019, according to data compiled by the International Association of Korean Trade. Kim Jong-un is dedicated to export everything what was not forbidden by the sanctions as cheap watches armed with components from China, fake eyelashes, wigs, mannequins, soccer balls, and tungsten is used as filament of electric lamps,tubes, electronic , television and in the technique of evaporation of metals.

China also assisted with the tourism after the third meeting in June 2018 between Kim and Xi Jinping . Tourism in north Korean is one of the few industries that was not affected by the sanctions so that Kim Jong-un has been devoted to the construction of new tourist cities.

According to reports from United Nations Korean is devoted to circumventing the sanctions through the smuggling to China, made ship to ship, coal to the value of 370 million us dollars. Despite the ban on north Korean workers , the chinese government pooh-poohed the measure empleándolos for short periods by giving them tourist visas or student visas, according to published reports in newspapers in South Korea.

Another source of income that would have been found in the country are cybercrime, generating an entry of 2,000 million dollars in the year 2019 hacking into financial systems in the world, stealing of accounts by transferring them to his own accounts, according to testimony presented in the month of June to a special Committee of the lower house of the united States.

The coronavirus made in the period of march/April 2020 exports to China, their great ally, fell 90% compared to the same period of the previous year, according to reports from the General Administration of Customs of China. This deepening of the economic crisis, which has dragged for years, and that by false national pride fails to turn and to reach an international agreement that may bring major changes as of January 2021or generate more violence on the part of a country surrounded by poverty and the persistence of an economic system that stopped working a long time in the world.

A country where its population dies of hunger while his agent is anointed the sun king, and his relatives, they enjoy enormous privileges and a life of luxury away from the sorrows of his people. In paragraph 664 of the report submitted by the Inquiry Commission of the UN (Organization of United Nations) that was released some years ago, figure the hilarious figure of nearly 646 million dollars dilapidated by the eccentric representative to north korea during the year 2012, in luxury goods that include among other things: cosmetics, international trademark portfolios, leather products, watches, electronic products, cars of the high range and brands of alcoholic beverages more expensive. A government that will have to put in the balance if it is profitable to keep spending millions of dollars on nuclear programmes while its population is starving. A step not least of which is that Kim Jong-un has acknowledged yesterday that his economic plan has failed.