eTrendyStock
HomeNewsThe anger of Joe Biden on the accusation of corruption against his...
News
September 30, 2020 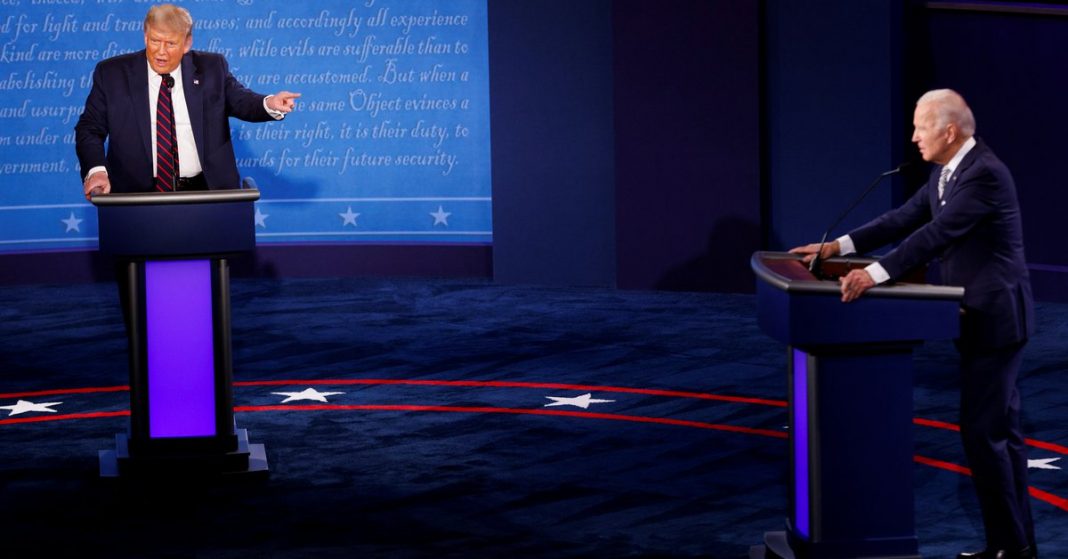 The president of the USA, Donald Trump, accused the son of the democratic candidate to the White House, Joe Biden, corruption, in the face of what his rival lost the paperwork and called him “a clown”, although he immediately apologisedin the debate between the two, which takes place this Tuesday in Cleveland to face the presidential election in November.

“Speaking of my son, the way in which you talk about the Armed Forces, calling them losers. My son spent a year in Iraq. He received a bronze medal. He was not a loser, he was a patriot and those who were there, are heroes,” Biden said.

The president turned to shake the suspicions of corruption on Hunter Biden, when you said that “he was expelled from the Army, he was expelled without honor,” in response to what Biden protested “not true”.

Trump continued by noting that Hunter Biden “made a fortune in the Ukraine, in China”.

Biden stressed for his part that his son “had, like many people, a problem with drugs. What has passed, what has been solved”.

“He has worked on this and I am proud of him,” he said.

The discussion on Hunter Biden ended with the intervention of the moderator, the journalist Chris Wallace, who asked to be able to talk about other matters of interest and to advance the debate.

Trump came out acquitted in February of a political trial in the Senate, after which make it available to a complaint of intelligence on a phone conversation in July, 2019, between the president and his counterpart from Ukraine, Volodímir Zelenski.

In that call, the american asked the Ukrainian to investigate the business of Hunter Biden in the european country, who worked for the company in ukraine, Burisma, with a view to harm his father.

The turbulent night in Cleveland left a bad taste in the mouth of many voters and commentators, who lamented the limited substantive discussion on the issues that matter to americans.

“This is considered to be the worst presidential debate in history, and puts into question the viability of the next two debates” that left before the election, said to Efe the director of debate, University of Michigan, Aaron Kall.

Neither Biden nor Trump won clearly the fight, according to Kall, but the first of them was the closest to victory because it takes advantage in some key states, and now you can “keep it”.

With information from EFE

Minute-to-minute, how was the hard first debate between Donald Trump and Joe Biden

The crossings stronger in the presidential debate of US: “you can Not say a word with this clown”

Photo gallery: families with masks and the faces to be blurred in a debate hot