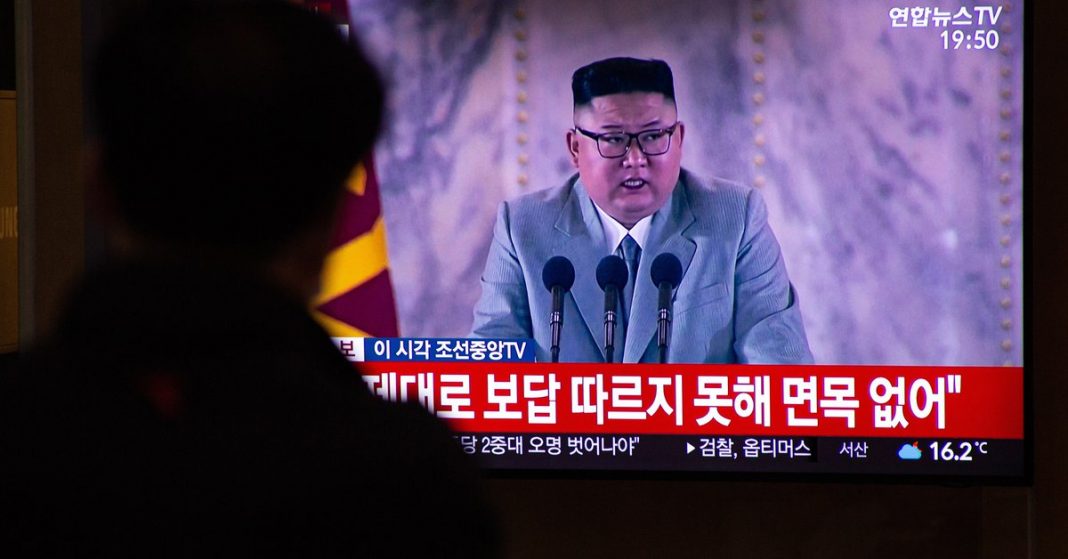 North korea is a police state the most restrictive in the world. The Workers ‘ Party of Korea was formed over decades of a totalitarian system of surveillance and punishment complex, highly developed, which employs a strict control, violent, coercive and frightening to silence any type of dissent in ideological, which has no parallel in the contemporary world.

All agencies of the State north Korean function as a panopticon and are part of the machinery of propaganda with a single objective: the indoctrination. There are networks of informers and informants in all spheres of society through a system of neighborhood watch (called inminban). The censorship and control over the north Korean population encompasses all aspects of daily life to such an extent that access to any information which is not official is punishable with seasons of forced labour in concentration camps.

Last October 19, Human Rights Watch (HRW) presented a report on the situation of Human Rights in North Korea as shocking as its title: “’us at face value less an animal’: Abuses and violations of due process during the detention in North Korea.” It was made from research and interviews to forty-six north koreans, of whom twenty-two were in detention centres and interrogation after 2011 -when Kim Jong un came to power – while eight were officials who managed to flee the country.

This report sheds light on the functioning of the State north Korean structured as a system of violation of Human Rights, mainly sustained from the judiciary and the prison system. The Ministry of Social Security is the institution responsible for maintaining public order and social control, investigate ordinary crimes, to arrest and interrogate the offenders and impose sanctions for misconduct in both are not considered serious enough to be treated as criminal offences.

On the basis of the interviews, all of the detainees claimed to have been forced to remain seated on the floor, kneeling or with legs crossed, fists or hands on your lap, with his head down, and the view is directed to the floor for 7-8 hours or, in some cases, from 13 to 16 hours a day. If the detainee is moved, it was subjected to beatings by guards and many times were imposed collective punishments. For the agents of the Party, the detainees are considered inferior human beings and that is why you do not even have allowed to lift the view.

Also, the detainees are identified by a number by removing any reference to his own name. In short, to be removed without its identity, it depersonalises and deprives them of this right personal. The torture, sexual abuse and harassment are tools with which to achieve that the detainees confessed to the crimes for which they were charged. The detention camps (kuryujang) lack of minimum conditions of hygiene, there is overcrowding, and subject to the detainees on diets that consist of about 80 to 200 grams of boiled corn, soup with wild greens or radishes three times a day.

The guards are the owners of the life and fate of the detainees. After the interrogations, and confessions obtained allowed visits from relatives subject to the payment of bribes. Through the payment of bribes, prisoners manage to improve their conditions in the prisons of the regime and can even get to obtain the annulment of the detention.

The due process is non-existent, the trials are sumarísimos and the guilt is presumed. The defendants are required to testify, the right not to incriminate itself does not exist and, in fact, they can not have a lawyer to assist them in the process adversarial, because the lawyers always work in favor of the State. The opacity of the judicial system is notorious: many laws, regulations and internal decrees north koreans that may be relevant to know the process of pre-trial detention and of criminal procedure are not publicly available or, when available, may be out of date.

The system is structured with a people’s Court with jurisdiction at the city level and county that operates as an organ of first instance and on appeal involved the Provincial Court. It is the people’s Court which means in most cases, but however, for reasons related to political offences against the state and the nation, or when there is the possibility of applying the death penalty or a life sentence, the Provincial Court is transformed into the organ of first instance. On the other hand, the same Provincial court also reserves the discretion to intervene in a case whose original competency is the people’s Court or you can also transfer a cause of a people’s Court to another.

There is a separation in the specific Judicial Power of the Legislative branch, and of these two the Executive Power. Without going more far, the Supreme Court, the highest judicial body in North Korea, is accountable to the Supreme people’s Assembly and if it is not in session, the surrender the makes to its Presidium.

The north Korean regime denies the existence of prisons and argues that the convicted persons are detained in institutions where the objective of the penalty is “reform through labor” (rodong kyohwa). These “reforms” through the job centers (rodong kyohwaso), are in reality fields of prisoners forced to work hard labour in the long term. They are in charge of the police to bring the perpetrators of common crimes and serious political crimes children with statements of “grief work” for which the term can be from 5 to 15 years and even for life.

The government of North Korea also strongly denies the existence of penal colonies of forced labour for political offences, serious —in fact, fields of political prisoners— so-called in Korean kwanliso, literally “control centers” that are considered a state secret.

The Regime continues to deny the crimes against humanity carried out within all its institutions and continues mocking the sanctions implemented by the United Nations in financial matters to slow down its plan of nuclear development. This situation is being used since the very existence of the state of north korea in 1948 and did not observe substantial changes to suggest the end of the regime. Meanwhile, Human Rights organizations and other civil society organizations from various countries continue to provide, through the interviews and reports, testimonials clear of the abyss that you can fall the human condition.

Augustine Menendez is a political scientist and member of the Advisory Board of www.cadal.org