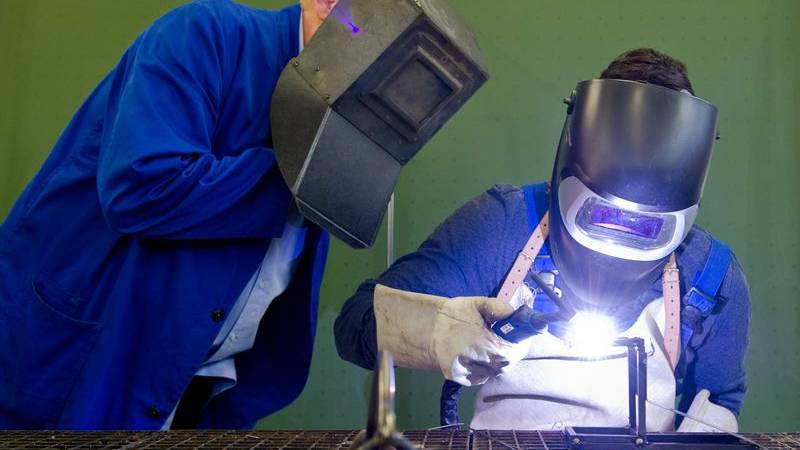 The Federal Cabinet wants to bring to the next Wednesday a training premium for small and medium-sized companies in the Corona-crisis on the way, as the German press Agency learned.

On the basis of a six-sided key issues paper, to which the ministries of education, economy and labor have agreed to. The costs are estimated to 500 million euros.

The premium is intended to help you to get training courses in the pandemic. “We must prevent the Covid-19-crisis is a crisis for the professional future of young people and the securing of skilled workers”, – stated in the paper, the present dpa.

So small and medium-sized enterprises with up to 249 employees, which are affected by the Corona-crisis “to a considerable extent”, and your level of training, for each training year, in 2020 completed the training contract will receive a one-time grant of 2000 Euro to. The money is to be paid after the end of the successful completion of the probationary period.

Companies contracts to complete even more training, are to receive for each contract that exceeds the previous level, 3000 Euro. This sum can also get companies, the trainees from enterprises, the need to log on in the pandemic, bankruptcy.

Companies, which due to the crisis, there is much less work and not your Training, nevertheless, in short-work, should also be supported. You are to receive for months in which at least half of the work in the operation fails, a funding in the amount of 75 percent of the gross training allowance. “A promotion is effected at the earliest from the entry into force of the Directive. It is limited to periods up to 31. December 2020”, – stated in the paper.

Also, anyone who takes on apprentices from other Farms, fully or temporarily, should be promoted under certain conditions, up to a maximum of the end of June 2021.

Representatives of the government parties CDU, CSU and SPD were already on 3. June in principle, the premium agreed.