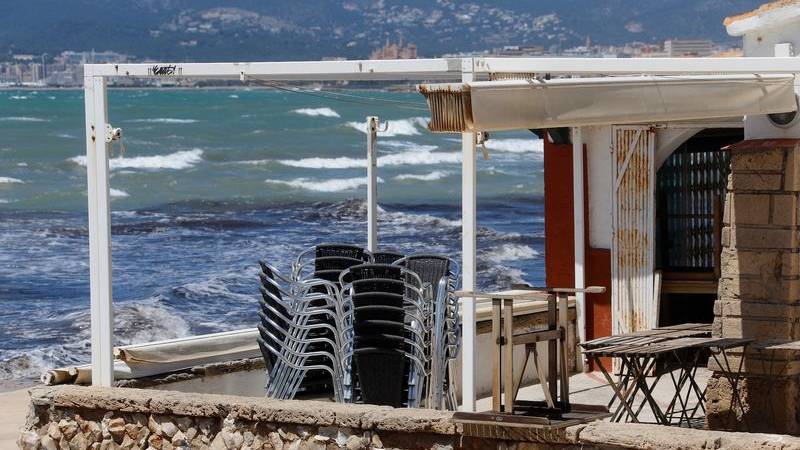 For many people, summer holidays are just around the corner – if it weren’t for the Corona crisis.

What the holiday could look like despite the pandemic is currently being discussed throughout Europe: Thomas Bareiß, tourism officer of the Federal Government, is exploring possibilities with some EU states, in South Tyrol the hotels are preparing for German tourists.

According to information from Rome, however, Bareiß excludes agreements with individual countries on tourist corridors. Instead of bilateral agreements, a common European solution is necessary, the German politician stressed in a conversation with the Italian head of department Dario Franceschini, the Ministry of Culture and Tourism announced in Rome on Monday.

Plans are also being drawn up in Brussels on how European holidays can succeed in the pandemic. The European Commission intends to present recommendations for the tourism industry, which has been hit hard by the pandemic, this Wednesday.

Socialists and Democrats in the European Parliament are already putting forward a proposal to save summer holidays: a uniform hygiene certificate for hotels and resorts across the EU. “People who are willing to go on holiday will look for an orientation on how to minimize the risk of infection,” states a position paper by SPD European politician Ismael Ertug, which is available to the German Press Agency.

“When we go on holiday or go on holiday, we want to be sure that the booked hotel has taken measures to protect against infection,” said the vice-president of the group. “Such common standards of protection should be visible through a European Tourism Certificate.” This also contributes to the fact that responsible suppliers are not forced out of the market by rogue hotels. Such a certificate should set Europe-wide hygiene standards and be issued by state authorities or testing organisations such as the Tüv or the Dekra, the paper states.

The proposal was approved by the German Travel Association (DRV). “The goal of all considerations – European as well as national – must be to pave a safe path to your holiday in Germany, Europe and the world in a timely manner,” DRV President Norbert Fiebig told Handelsblatt. This would require Both European and national initiatives.

According to the proposal, the hotels will be examined for a number of aspects: Ertug mentions, among other things, sufficient possibilities for disinfection and cleaning, the adherence to physical distance, the fever measurement of new guests, multilingual information such as via app and food hygiene during meals. Buffets can be served, but the food can only be served by the staff. In order to attract staff for additional tasks, other activities should be further automated – such as dish washing or waste disposal.

The Socialists and Democrats in the European Parliament are also pushing for a European Travel Guarantee Fund. The latter was to protect vouchers issued for cancelled flights and package holidays against the insolvency of the companies. Under EU law, package holidays and airline tickets must actually be reimbursed in a timely manner. Such a fund could make the voucher solution more attractive to consumers and ensure the liquidity of companies.

EU Transport Commissioner Adina Valean did not address the idea of a European fund during a questioning in the European Parliament’s Environment Committee on Monday, but reiterated her position: passengers should have the right to a refund if they do not want a voucher. However, EU countries could make vouchers more attractive to consumers.

In the event that EU states cannot agree on uniform travel rules, Greece has established contacts with Israel, Cyprus, Austria, Australia, Bulgaria and other states, according to government data. The aim is to negotiate rules on travel at bilateral level so that tourism can start again. “Free movement is one of the foundations of the EU and can no longer be ignored,” said government spokesman Stelios Petsas in Athens. Greece fears catastrophic consequences for the vital tourism industry.

Tour operators are also taking action: Tui has also developed a plan for the resumption of hotel operations – from booking at the travel agency to the excursion at the resort. Surveys of customers clearly indicated that “safety and hygiene are paramount in times after the lockdown,” the group said.

The governor of South Tyrol, Arno Kompatscher, expects that German tourists will be able to travel back to the Italian province from summer. Speaking on Bayerischer Rundfunk, he said he hoped that freedom of travel would be restored from June and at least partially in July at the latest. “The hotels are preparing.”

The Toruism Commissioner recommended that the hotels, which cannot accommodate all holidaymakers due to the corona, should be given preferential treatment by early bookings and regulars. “On site, you have to see which guests have really booked for the longer term,” said Bareiß in the RTL/ntv “Early Start”. So far, however, only 70 or 80 percent of the hotels have been fully booked.

In view of talks with the tourism ministers of Greece and Italy, Bareiß said that together they are developing travel and security concepts. He, too, hopes for a gradual opening of the border, “so that we then go on holiday in the summer – not only in Germany, but that holidays are also possible in Europe.”