eTrendyStock
HomeBusinessRügen instead of Malle? : Preparations for holidays in Corona times are...
Business
May 4, 2020

Rügen instead of Malle? : Preparations for holidays in Corona times are underway 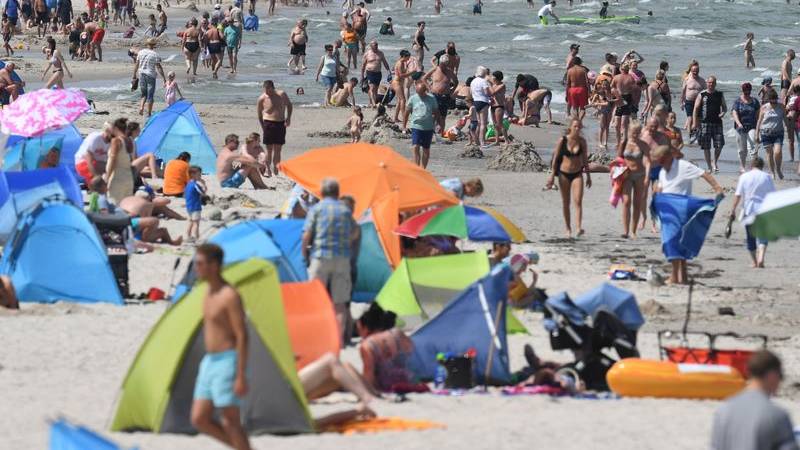 Operators of campsites, hoteliers, innkeepers, holiday home owners and tour operators are just getting started. They are waiting for the green light for the summer travel season in the Corona crisis.

At the moment, it should initially amount to holidays between Rügen and Zugspitze instead of Mallorca or Crete. First attractions such as museums, zoos and exhibitions are allowed to reopen in all federal states subject to conditions. Some prime ministers have also presented a three-stage plan for a gradual start-up of tourism, gastronomy and the hotel industry in Germany.

The German Tourism Association expects a gradual easing, from which holiday homes and other self-sufficiency accommodation are likely to benefit. Holidays on the farm should also be included.

“In general, rural areas will play a special role in summer holidays this year. Tourism needs to be distributed a little better,” said Norbert Kunz, Managing Director of the German Tourism Association. At the same time, he warned: “Many actors can survive in the crisis for a maximum of one to two months without state aid. There is a risk that some accommodations or hotels will no longer be there in the summer, so the offer for holidaymakers will shrink.”

In addition to aid, the industry is calling for a nationwide coordinated roadmap. “We need to know what is happening and under what conditions,” said Christian Günther, Managing Director of the German Association of the Camping Industry. The holiday will probably not be without restrictions even in the homeland.

HOLIDAY HOUSES/APARTMENTS: Not everyone will probably be able to take a holiday in a holiday home in the first step. “Travelling as a large group or with several families will not be possible as long as the general contact restrictions remain in place,” expects Michelle Sule, head of the German Holiday Home Association. Initially, people who live together could also travel together. “This could be the family, the flat or the couple. By capturing the hosts, for example, via spa cards, this could be verified,” said Sulphur. Currently, some guests canceled for fear of short-time work, others because they would like to take holidays under normal conditions. “However, these gaps are increasingly being rebooked.”

CAMPING PLATES: “Many campsite operators are already on the pitch and preparing,” günther reports. “We assume that within a maximum of one week, operators will be able to implement protective measures such as acrylic glass panes at the reception, sufficient dispensers for disinfectants, distance rules in restaurants or training of employees.” The classic holiday months of July and August are particularly crucial for the industry, accounting for up to 80 percent of annual sales. “In recent weeks, 75 percent of bookings for the summer have been cancelled,” Günther said. “Should the opening of campsites for holidaymakers be decided, bookings should go up very quickly.”

HOTELS/GASTSTÄTTEN: According to the hotel and restaurant association Dehoga, many companies have already developed a security concept. “But we do not yet know in detail what concrete protection measures the federal states will adopt for our companies,” said Dehoga Chief Executive Ingrid Hartges. She told Bild am Sonntag: “On 6 May, a clear roadmap for my industry and a rescue fund must be decided.”

TOUR OPERATORS: Major organizers do their business mainly with package and building block trips for classic holiday destinations around the Mediterranean. However, Tui and Co. have recently expanded their involvement in the home market. “We can get hotels and holiday clubs ready to go relatively quickly in just a few days,” said a Tui spokesman. They are currently working on uniform standards for hotels and clubs. This is about hygiene, distance during meals or an evening bar visit, but also the sports offer. “Football tournaments will not exist for the time being. In the end, it will be important that all measures are also coordinated with the policy.”

From the point of view of the organizer FTI, it could be an option to fill hotels in the start-up phase only about 50 percent, which would de-balance a lot. “For buffets, you would have to develop new approaches, but the restaurant and café operation could certainly be well organized by new hygiene and distance concepts,” said Ralph Schiller, Managing Director at FTI Group.

FERIENREGIONEN: According to FTI, the classic favourites, the Baltic Coast and the foothills of the Alps are particularly in demand in Germany. “However, we expect that in the coming weeks, especially near-natural hotels with a high recreational factor will be in high demand in the not too far away from the place of residence,” said FTI Manager Schiller. Prior to the expansion of the Corona pandemic, about 70 percent of bookings for popular regions such as the North Sea and the Baltic Sea or Bavaria were already received for the summer, according to the German Tourism Association. The members of the Association for Summer Travel have not yet recorded a wave of cancellations. Kunz is confident: “Holidays in Germany will be highly sought after this summer.”

AUSLANDSREISEN: It is not yet clear when sun-seekers will be able to return to classic holiday destinations around the Mediterranean. The Foreign Office’s global travel warning for tourists is in effect until at least 14 June. This means that it is not yet possible to travel abroad via Pentecost, but the main holiday season in summer is not yet affected – the school holidays do not start until 22 June. The travel industry isn’t losing the summer yet. So far, industry leader Tui has not been able to detect a trend from abroad to germany. “The guests who rebook remain true to their goals. They are only postponing their journey by one or more months,” the spokesman said.