Playgrounds, worship services, schools: Which Corona rules are relaxed – and which aren’t 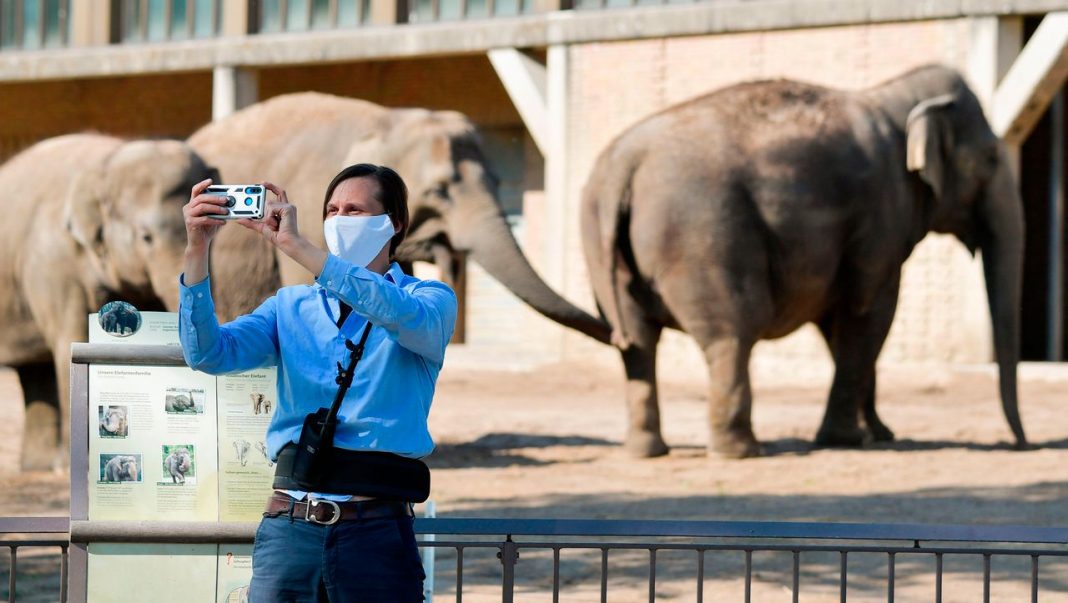 It was not the day of the big decisions, but the federal and state governments agreed in their telephone call on further easing of measures against the Corona epidemic. The decisions were largely based on the proposals put forward by the Corona cabinet under Chancellor Angela Merkel. Details are now to be determined at the state level – but in some federal states corresponding decisions had already been taken in advance.

The background to the cautious approach is the great uncertainty in the number of infections. Registered cases rose to more than 160,000 on Thursday, but the number of new cases recorded daily fell slightly. At least 6362 people infected with the pathogen Sars-CoV-2 have died nationwide so far.

These rules will be relaxed

Playgrounds should be accessible again subject to conditions. However, the round did not initially set a uniform time for the opening. Some Berlin districts, for example, have already begun to lift the barriers, while other federal states have not yet come to this end. After the decisions, Hesse, Rhineland-Palatinate, Brandenburg and Schleswig-Holstein immediately decided to reopen their seats as soon as possible, sometimes as early as the weekend. However, the conditions would still have to be laid down, and individual municipalities would be allowed to cut them off.

too Museums, zoos and exhibitions re-open in all federal states. However, requirements for hygiene, access control and the avoidance of queues should apply. In order to comply with the distance rules in small and historic buildings, renovations are to be supported with ten million euros. Zoos and zoos are already open in some federal states such as Berlin, Schleswig-Holstein, Thuringia and Saxony-Anhalt. Berlin’s museums are also scheduled to launch on Monday. Other countries announced openings.

Community Services should also be allowed again – again with distance and hygiene rules. Special religious festivals such as baptisms, circumcisions or weddings as well as funeral services should be possible again in a small circle. Some countries had already made or announced relaxations here, including Bavaria and Baden-Württemberg. The churches have defined conditions for religious celebrations: the Evangelical Church in Germany plans divine services without singing and wind instruments, the Catholic German Bishops’ Conference recommends quiet singing and special precautions for communion.

For the time being, these rules will continue to apply

The Distance rules for public life. Merkel did not give a specific end date – Chancellor Helge Braun had previously mentioned a period until at least May 10. Until then, citizens should observe a minimum distance of 1.5 metres in public and stay there only alone, with another person not living in the household or in the circle of members of their own household. Chancellor Merkel said it would also maintain the ban on major events until at least August 31.

When more children will be Schools and daycare centres remains open. The Federal Government and the Länder intend to discuss this in more detail on 6 May. The head of the chancellery, Helge Braun, expressed the hope that all daycare children could also be cared for again before the summer holidays. According to a scientific analysis, children are just as contagious as adults when it comes to coronavirus. The team led by virologist Christian Drosten from the Berlin Charité therefore warned against the unrestricted opening of schools and kindergartens.

Even with Restaurants, cafes and hotels there are no changes at first: they remain with the exception of food delivery and pick-up. The ministers are to make proposals with the heads of government of the countries until the conference of the Federal Chancellor, which will follow on 6 May. It is about showing perspectives, Merkel said. Asked if it would be possible to travel within Europe again this summer, Merkel replied that this was not yet on the agenda.

The rules for Reopening of shops remain in place as well. Merkel defended the controversial ban on larger shops of more than 800 square meters. The aim is not to have all the “passenger traffic” in the inner cities. In addition, it was important to me: “For example, it was important to me now that we did not open up all trade, but did not say a word about daycare.” The retail trade had been heavily critical of the 800-square-metre rule. The sales ban had been declared unconstitutional in Bavaria, and other courts had upheld the rule. After a court decision, KaDeWe in Berlin is allowed to reopen its entire area.