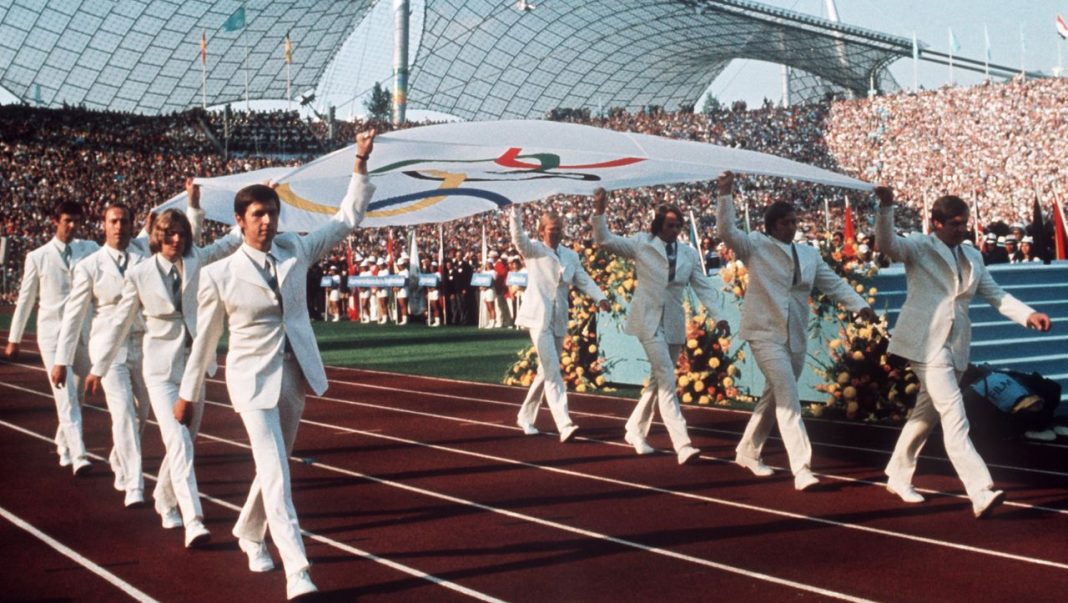 Pierre de Coubertin, the father of the modern Olympic Games, is said to have coined the phrase: “The most important thing at the Olympic Games is not to win, but to participate in it.” For most athletes, The Olympic competitions are still the goal of their ambition.

The author of the scientific work is Lutz Thieme, who teaches sports management and sports economics at the RheinAhrCampus of the Koblenz University of Applied Sciences. Thieme was himself a competitive athlete, in the eighties he swam at SC Turbine Erfurt. Until 2019, Thieme was active as honorary president of the state sports federation Rhineland-Palatinate.

“Young dies, whom the gods love?”

He has overwritten his paper “Young dies, whom the gods love?” For publication in the journal “German Journal of Exercise and Sport Research” the analysis has gone through the usual reviewprocess process.

There has not yet been such an investigation in this country. Thieme examined the mortality rate of all 6066 Germans who participated in the Olympic Games between 1956 and 2016 and put them in relation to the total population.

Thieme also found that among Olympians, women have a higher life expectancy than men. Surprisingly, the Olympians from the west of Germany died in proportion earlier than those from the East.

Which competitive sport is justified?

In years and months, the loss of life through high-performance sports cannot be portrayed in a general way. “That would be frivolous,” says Thieme, “it is always possible to look at individual groups over a period of time and put their death rates in proportion to the mortality of the total population in the same groups.”

Thieme has been working on the issue of what competitive sport modern societies can justify for some time. The results of the investigation are explosive in terms of sports policy. When Olympic success leads to significantly higher mortality, ethical and medical questions arise.

One question is: under what conditions can it be responsible for training children and young people for high-performance sport when, at the same time, it is clear that the life expectancy of the Olympic squads is falling?

German competitive athletes are a risk group, Thieme sums up. Olympic careers are paid for with the “use of life time”. This effect increases with increasing success.

“To compensate for lost life”

Thieme therefore advocates medical supervision independent of “sports federation interests”. The final sentence of the study is a plea for financial compensation, for example through an athlete’s pension, which is already being debated: “If individual sporting achievements continue to be appropriated in society, their providers must be compensated for the lost life.”

The results are also relevant in the context of discussions on doping damage and victims of state doping in the GDR. “Olympians from the GDR have a higher life expectancy” than those in the West, the paper states. “I know it’s amazing and can lead to discussions,” Thieme says, “but that’s the result. Nothing is bent.” Until now, it has been assumed that the doping-contaminated sports system of the GDR has led to significant health damage throughout the country. The federal government had therefore specifically passed a doping victim support law.

Thieme’s research included data from all 1959 German women and 4107 men who competed in the Games between 1956 (Winter Games in Cortina d’Ampezzo) and 2016 (Summer Games in Rio de Janeiro). 400 athletes, including 138 medallists, had died as of July 1, 2019. The Thuringian Hartwig Gauder, who died last week at the age of 65, olympic champion in 1980 in walking, does not yet appear in the record.

Possible effects of the doping age

Thieme carried out and secured the examination using several standard medical statistics procedures. The data of the athletes were compared with the Human Mortality Database (HMD), which is also standard internationally.

For West German Olympians in the age group 15 to 34, the risk of death in all generations studied was significantly higher than the total population. For older Olympians (35 to 64 years old), the risk of death was below the average between 1956 and 1994. From 1995, the mortality rate among Olympians is twice as high.

The values of the East German Olympians (age group 15 to 34) are also higher compared to the population in the GDR and the Eastern German Länder. In the 35-64 age group, mortality is below average for the periods up to 1994, but significantly higher since 1995. For the 2,325 Olympians since reunification, Thieme has recorded only seven deaths. The figures so far are slightly above the average for the total population.

In summary, the mortality rate in East and West from 1995 onwards is well above the average. In other words, this is where the generation of doping may be involved, assuming that the doping age began in 1968.

However, the data in classical doping sports do not differ from other sports. There are also no differences between participants and medal winners. On the other hand, gold medals mean loss of life, they died more than the Olympians who did not win. “The difference is mainly explained by the lower probability of survival of the gold medalists of the GDR compared to those of the old Federal Republic,” Thieme analyses. For athletes who have not won Olympic medals, the mortality rate of East German participants is lower than that of West German sports mates.

Footballers have also been investigated

For Germany, there has only been a similar study to date, which verified the mortality of 812 national football players from 1908 to 2006. Mortality has consistently been higher over the decades – the younger players were called to the national teams, the greater the risk of premature death.

Internationally, more than a dozen studies are known to analyze mortality rates of top athletes. Among 3,812 National Football League (NFL) players from 1982 to 1992, American scientists found no difference to the mortality rates of the population. Finnish researchers, on the other hand, showed a higher mortality rate for weightlifting champions. The link to doping practices is obvious.