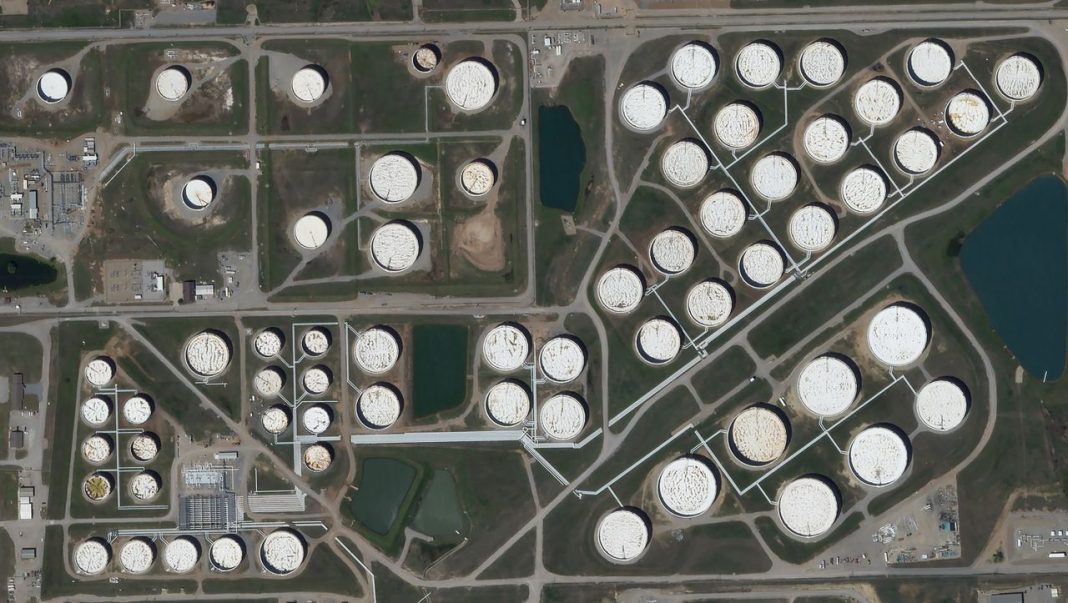 The town of Cushing in the US state of Oklahoma is considered a rather irritable spot of earth. A steakhouse is a burrito restaurant for the less than 8,000 inhabitants, one for fried chicken. A few miles from the center is a prison run by a private company. Cushing is also home to the united states’ main crude oil stockpile.

Companies such as Plains All American Pipeline, Enbridge Energy Partners and Magellan Midstream Partners have dumped millions of barrels of oil here. The tank farm brings the producers of the Gulf of Mexico together with their customers in the north of the USA. Cushing is the transfer point for crude oil futures for West Texas Intermediate, or WTI, a light, low-sulphur oil grade. Their price is considered an important indicator of supply and demand on the world market.

But there was not much of demand left. In the wake of the Corona crisis, the consumption of crude oil worldwide has fallen sharply. Refiners are reducing volumes much less than before. Cushing’s warehouses are therefore filling up quickly. In a few weeks, they could be fully utilized, experts estimate. The total capacity is 76 million barrels.

How full the memory of Cushing is also shown by images of an Earth observation satellite of the American “SkySat” constellation. It is owned by Planet Labs, which acquired the operator Terra Bella from Google in 2017.

Planet Labs makes its money by selling and analyzing satellite data. For this, it is important to interpret the photos from space correctly and to extract their secrets from them. In the case of Cushing’s tanks, for example, this means that the lids of the tank facilities are stored in such a way that they float on the oil inside – upwards when the tank fills up and downwards when it empties. If you look from above, this results in a different shadow cast on the lid at different filling levels.

If you evaluate the shadow, information about the amount of oil inside can be derived. Thus, beyond the official statistics, it can be estimated that the stock actually increased in the past month.

The SPIEGEL had recently reported on an analysis by data specialist Kpler that only about a quarter of the capacity in the oil warehouses is available worldwide. However, the availability varies between the different regions of the world.

“Anyone who is still producing oil and has nuppreordered storage capacity has a real problem,” said Alex Booth, energy market analyst at Kpler. “He has to pay horrendous prices if he can still find a storage space.”

In Cushing, at least, that is no longer the case. Whatever there is still capacity, the Reuters news agency quoted commodity traders as saying some time ago, has long been contractually bound. In the meantime, this effect even caused crude oil futures to have negative prices for a supply of WTI in May. In other words, producers would theoretically have had to pay buyers money to take the oil. Because there is simply no place for it.