eTrendyStock
HomeBusinessNortheast as a pioneer: Restaurants in Mecklenburg-Vorpommern open to guests
Business
May 10, 2020

Northeast as a pioneer: Restaurants in Mecklenburg-Vorpommern open to guests 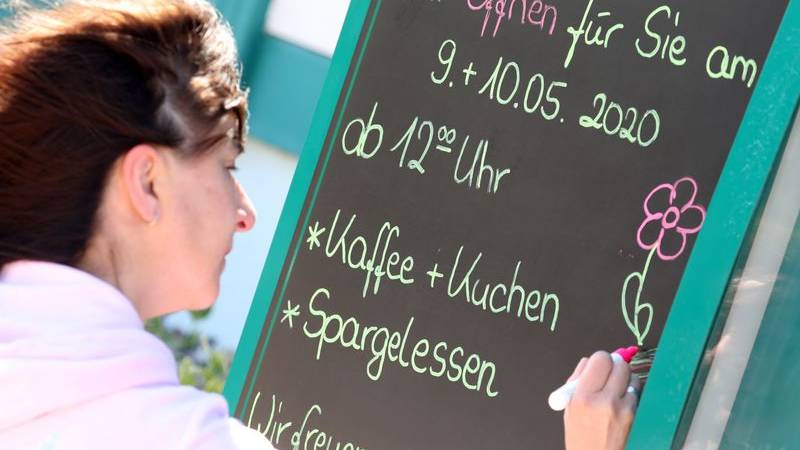 As nationwide pioneers in the Corona crisis, restaurants in Mecklenburg-Vorpommern have reopened since today. “I see many colleagues breathing a sigh of relief and guests who are happy,” said Lars Schwarz, president of the regional trade association Dehoga MV.

This day is a ray of hope after a difficult period with uncalculable losses of many millions of euros. He expects that on Saturday, about a third of the roughly 5,000 companies nationwide with their 55,000 employees took advantage of the opportunity to open up.

Innkeepers such as Peter Weide from Restaurant Vielmeer in the Baltic Sea resort of Kühlsborn could not have wished for better: As in large parts of the state, after cool weeks and an unpleasant northerly wind, the sun shone, and a mild wind went. The first hours of the trial run after seven weeks of closure went well from Weide’s point of view, the guests coming from the region were satisfied – even if they are served by the service staff with mouthguards. A guest per table must also leave his/her data in order to be able to understand if there should be a new infection.

Prime Minister Manuela Schwesig (SPD) announced on Monday the possibility of opening restaurants to residents of the country. The extremely low infection rate in the northeast gave her the opportunity to do so. According to industry estimates, everyone will open at Pentecost at the latest, because then guests from the other federal states will be allowed to come back to Mecklenburg-Vorpommern. However, counties where the Corona crisis is not yet sufficiently contained have been excluded.

“The announcement came as a surprise – even for our wholesalers,” says Weide. They would have had to get their employees out of short-time work first. For his restaurant with 27 employees, the menu is reduced to a few dishes. The atmosphere among the maximum of 80 guests is nevertheless good, they are happy to be able to sit in the sun in this atmosphere. “Then there must be currywurst and flame cakes for Mother’s Day,” Weide said, looking ahead to Sunday.

The good mood is clouded on Saturday in Sellin on Rügen, “the weather does not play along”, as Tobias Moritz from the wine industry says. Drizzle prevented the guests from taking advantage of the opportunity of foreign trade. “We are completely reserved for this in the evening.” Due to the distance control of 1.50 meters between strangers, only a maximum of 30 guests instead of 70 fit in. In addition, they will only be able to sit in the restaurant until 9 p.m. This is what the new regulation of the state government requires.

About 30 kilometres further north in Sassnitz, on the other hand, the sun shows what Thomas Kursikowski lets shine from the banquet of the sea. As soon as he had opened the doors, the first guests had come. “They were waiting for it.” Kursikowski was also lucky, he says. Because he could offer his guests fresh pike and corn floe with asparagus. “After these bitter times, it’s a beautiful moment.”

The other citizens of Germany still have to wait a little longer for such a moment. In Bavaria, for example, restaurants will be allowed to reopen their outdoor areas on 18 May. Baden-Württemberg is also planning for this day. In North Rhine-Westphalia and Lower Saxony, the time has already come next Monday. The target is 15 May in Berlin.