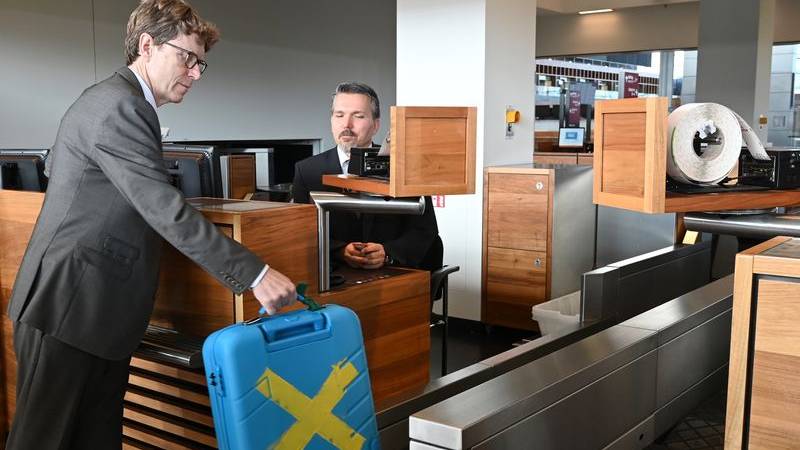 The seemingly endless story about the construction of the new capital airport BER could yet come to an end. On Tuesday, the competent building authority approved the main terminal for use.

This brings the opening a long way closer. It is currently scheduled for 31 October – with a delay of nine years.

“I would like to thank all those who have not given up the BER,” said airport chief Engelbert Lütke Daldrup. He wants to draw a line under years marked by rising costs and six collapsed opening dates. Lütke Daldrup emphasized that with a high level of personal commitment and perseverance, the terminal has been turned into a safe building piece by piece.

The numerous planning errors, tree defects and technical problems in the new building in Schönefeld on the south-eastern outskirts of Berlin had caused a stir time and again: too short escalators, light that did not go out, room chaos due to incorrect numbering – these were some reports.

The biggest problems, however, were fire protection. For years, a cable salad was rebuilt and unwoven. Only last week, the Tüv issued the last test certificates for this purpose.

The proof of safe use is available, said the building regulations officer of the district of Dahme-Spreewald. She is very pleased that the major construction site will finally be brought to a conclusion. Nothing stands in the way of use on the basis of building regulations. Approvals from the Aviation Authority are still needed. Brandenburg’s Prime Minister Dietmar Woidke (SPD) spoke of excellent news.

In the terminal, the airport company is now preparing the trial operation. At the same time, residual construction work is to be carried out. In June and July, volunteers are to test the procedures in the terminal: from arrival to check-in to the gate – that’s where it’s over. Because the flight will not be flown until 31 October. On 8 November, according to the plan, the inner city airport Tegel is to close.

Due to the Corona crisis, however, it may be that Tegel is already temporarily off the grid – to concentrate the few flights that still exist in Schönefeld and thus save costs. This Wednesday, the airport owners: Berlin, Brandenburg and the federal government will discuss this.

A few weeks ago, the federal government had still enforced that Tegel would remain open. The infrastructure should remain flexible precisely because of the Corona crisis. According to the Ministry of Transport on Tuesday, the situation is now to be reassessed.

Most recently, only about 1000 passengers flew at Berlin’s Tegel and Schönefeld airports per day. This also facilitates the BER start, because the new building is not expected to have to go into operation under full load. Last year, there were 35.6 million passengers in Berlin – an average of just under 100,000 per day.

The slump is also driving the operating company further into the red. A financial injection of up to 300 million euros from the owners is therefore in preparation. Separately, the company has a financial gap of 792 million euros in the business plan from 2021 to 2024, half of which the owners want to fill.

According to a study available rbb24.de and the “Tagesspiegel”, the additional demand could even be 1.8 billion euros by 2023. So far, the financial framework for the BER is EUR 6.5 billion, of which at least EUR 2.7 billion is tax money. The federal government and the Länder also guarantee billions of dollars in loans. The cost of the project has more than tripled since the groundbreaking ceremony in 2006.