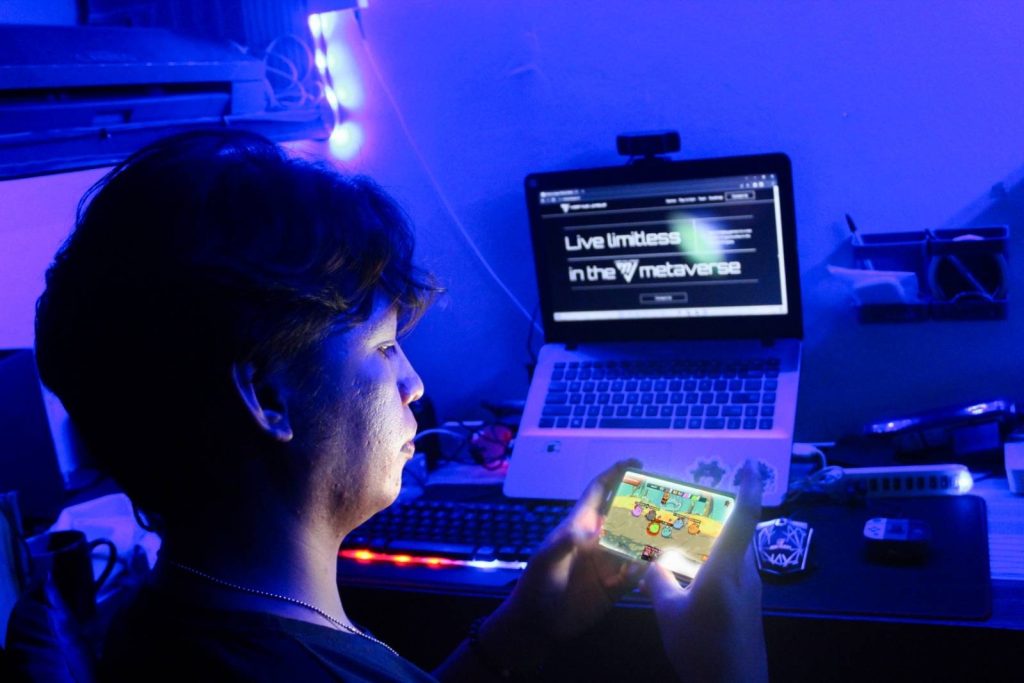 Chiang Mai, Thailand, July 4, 2022, ETRENDYSTOCK, The popular P2E game Axie Infinity has just spectacularly finished its final season of its classic version of the game. There were about one million players in the Axie Infinity tournament, and Morfyus League scholar Jethro was triumphant. Morfyus League also had 4 other players that ranked in the top 100.

It’s hard to comprehend how a player from a tiny village in the Philippines managed to do the unimaginable. Morfyus League’s team has given further details regarding this impressive achievement.

A Quick Progression in the Game’s Ranking

Morfyus League’s squad leader Jude spotted Jethro when there were only two weeks left in season 21. Jethro is now an esports player with the team.

His MMR (matchmaking ranking) was reset when he joined Morfyus League with a new Axie squad. Jethro was playing Axie Infinity for the second time, and his prior season’s ranking was 98th.

He showed enthusiasm for the game and told Jude he would finish in the top three.

The last weeks of the season were tense and emotionally draining. In the final 15 days, a few bright players had risen to the top of the list from Morfyus League’s ranking. However, Jethro was still a long way behind.

During the final three days, Jethro’s MMR reached 3,000, a level that only a handful of players have ever attained.

During the last 24 hours of the season, Morfyus League’s team rallied around Jethro. Meanwhile, he rose to 9th position on the leaderboard with 3,189 MMR.

Something in Jethro shifted when he realized he was close to winning the game. He continued to play for 24 hours straight on the last day of the season.

With only 40 minutes left in the season, he had fought to the top of the leaderboard, to everyone’s surprise.

A Victory that Made Morfyus League’s Team Proud

The whole Morfyus League crew and community kept their browsers open to keep up with Jethro’s progress. Everyone was frantically refreshing their pages to see where he stood on the leaderboard.

A new player, John Lloyd, had overcome Jethro with 30 minutes to go, making things even tighter for a grand finale.

Crissas, another player, came into the game with 15 minutes to go. Jethro fell back into 3rd place as the game progressed, throwing the team into despair. As the minutes passed, Jethro returned to the first position.

As the clock ticked to zero, Jethro remained on top of the standings as the season ended. Even though they knew the game was finished, Morfyus League’s founders were afraid to celebrate until the last moment.

After what seemed to them like an eternity of refreshing their browsers, the leaderboard appeared. The result was clear: Jethro had won, and the system crowned him the number 1 spot; he was the global Axie Infinity champion. Jethro will soon start his training for the Axie Infinity Classic World Championship at Axie Con in September 2022, where he hopes to retain his title as the world champion.

Thousands of gamers have joined the Morfyus League, a metaverse gaming guild and ecosystem. Morfyus has an esports branch that includes professional gamers and instructors.

Axie Infinity, Starsharks, Dracoo Master, Valorant, Call of Duty, and  Mobile Legends, are just some of the high-stakes games available to players on the platform.

More information on this project and vision are available on its website and social media pages below.