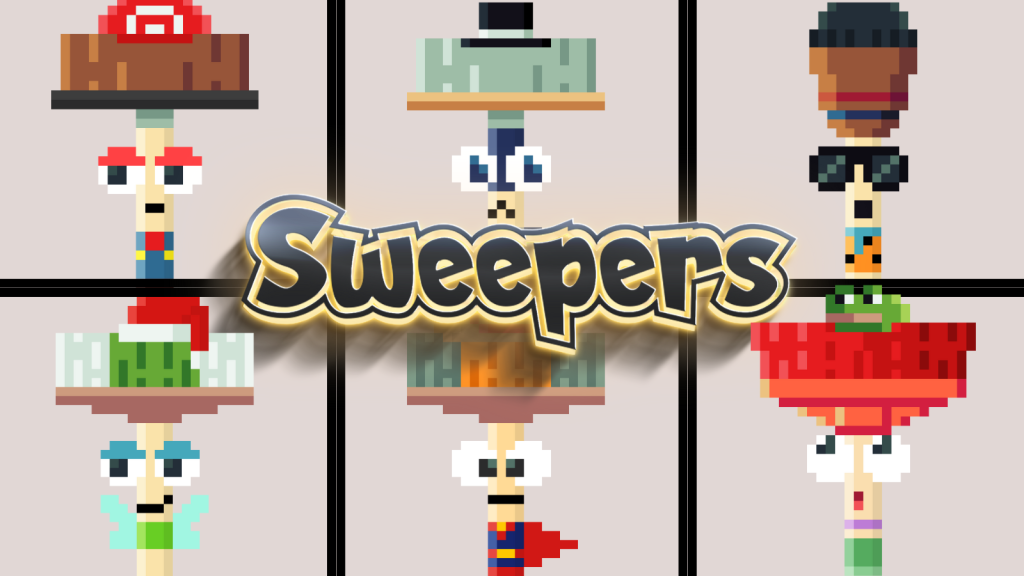 LegacyLabs, is set to debut the launch of their latest NFT blockchain project, the Sweepers Club. With community and rewards in mind, Sweepers Club will lower entry barriers and “sweep the floor” of blue-chip NFT projects for Sweeper NFT holders.

The “Sweeper” NFT is a generative 32×32 non-fungible token project physically and figuratively inspired by brooms on the Ethereum (ERC-721) blockchain.

Every 10 minutes, one Sweeper NFT is perpetually born and sent to auction. Sweepers auction proceeds are then trustlessly sent to the Sweepers Governance Protocol for the benefit of Sweepers Members.

Every holder of at least one Sweepers NFT is considered a member of Sweepers and therefore has voting rights based on the number of Sweepers NFTs the member owns (1 Sweeper NFT = 1 Vote). If members hold five or more Sweeper NFTs, they can make proposals in Discourse on which NFT project the club should “sweep” next.

All Sweepers Auctions (non-founder) proceeds are sent trustlessly to the following:

Sweepers Club disrupts the normality around centralized and decentralized business models where a specific few control allocation of funds and what direction the organization takes. The power is in our community, all shares of funds are entirely transparent, and Sweeper NFT holders decide the course of action.

Sweepers will seek to become the most utility-driven and democratized system in the NFT space.

In its entirety, the Sweepers Club of the following:

Although the broader NFT market is still a multibillion-dollar industry, most NFT projects lack actual utility, meaning buyers can not further leverage their NFTs after purchasing them.

The market is eager to see a shift in the current NFT market, which is still primarily driven by hype, pure speculation, and a group of niche collectors or short-term profit-taking investors.

This lack of utility-driven NFT projects and community involvement in project matters is why Sweepers Club was established. We will be the shift in the standard utility-lacking NFT organization model we see today.