eTrendyStock
HomeNewsLebanon is facing a collapse: a terminal crisis in the government
News
July 4, 2020

Lebanon is facing a collapse: a terminal crisis in the government 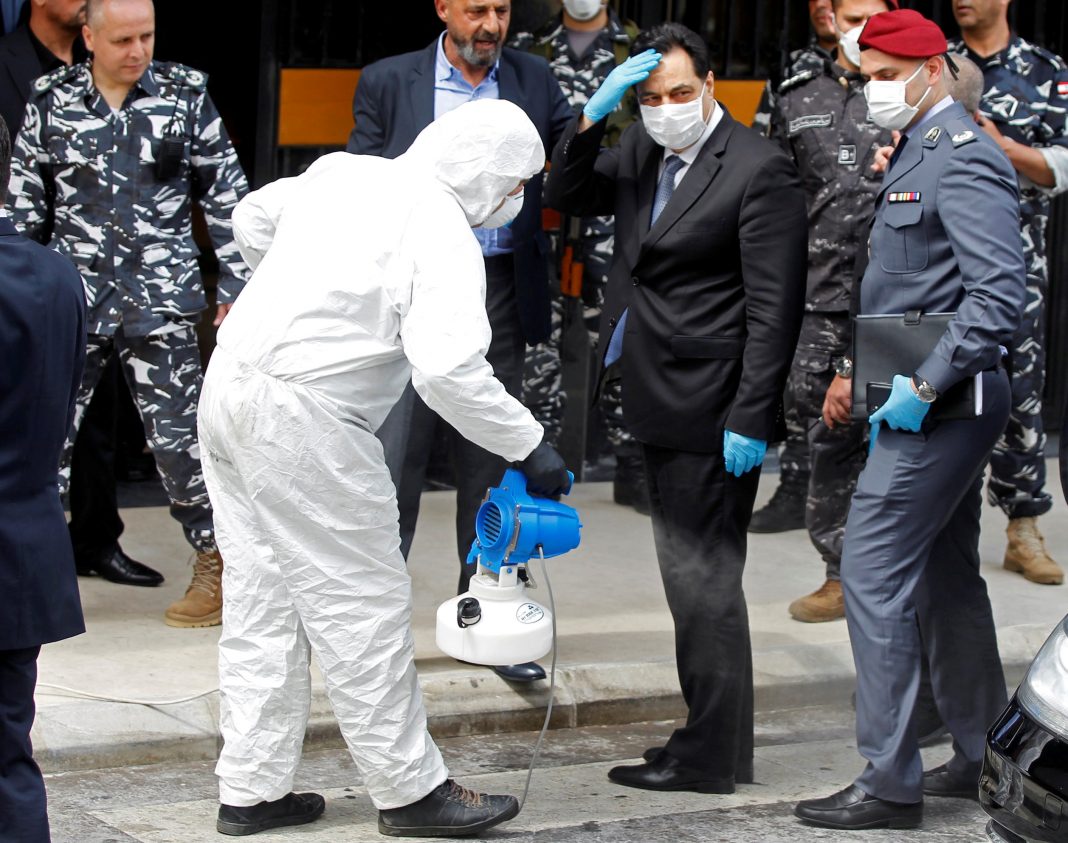 More than three decades of enslavement syrian-iranian and fruitless wars launched by Hezbollah with the complicity of the entire political spectrum local have brought the country of the cedars to the edge of the abyss. For this reason, many political observers, local and regional believe the government of prime minister Hassan Diab passes his last days. Diab is losing the little support it may have among the people to assume their functions.

The disappointment on the management of the prime minister basically should be in the first place, tol mismanagement of the economic crisis, for which the chances of survival of his government, politically are slim. In the second place, the inability of Diab to exercise their functions with independence from the influence of sectarian imposed by the terrorist organization Hezbollah proved lethal for the prime minister in the eyes of the citizenry. So, each day that Diab remains in office increases the fear that the government will generate a financial collapse is irreversible. That feeling is today the main concern of the lebanese.

However, although the possibility that Diab will present his resignation is concrete, it would lead to the complete crash of his government, in consequence, the concern citizen is based on that a new government would be appointed entirely by Hezbollah, which could push the country into complete isolation and a crisis of no return.

In a political meeting of the opposition, last Wednesday, there was a discussion on means available to Lebanon find an outlet to resolve the decay that has earned all levels of government. Among the options evaluated, a political figure representative of the shia community that asked for reservation of name, expressed doubt about what to do in the next few hours the prime minister Diab and little or little hope for the figure of the president Michel Aoun and its partner Hezbollah. Its such glimpses the impossibility of the exit of the current government for several reasons, first because of the fear of Hezbollah in the vacuum that emerged with the resignation of Diab. Another leader of the community of sunni indicated that it would prefer that the government continue a few more weeks, but don’t think you have alternatives of success as a new fall of government would mean a serious crisis for the formation of another government and among the many crisis the country is shipwrecked.

“If these are the only reasons that the government of Diab continue, there is no hope for Lebanon,” he told Infobae a leader of the opposition christian that pidó reserve your name after a meeting with Riad Salama, director of the National Bank of Lebanon, the day last Thursday.

Meanwhile, the Ambassador of the Kingdom of Saudi Arabia, Walid Al-Bukhari, consulted by the press in lebanon by a possible economic aid to the Kingdom, stated that there are ways of coping with the financial crisis, including the possibility of obtaining a deposit of several thousands of millions of dollars that Saudi Arabia can turn to the National Bank of Lebanon, interest-free and with a repayment term to many years. The ambassador arabia stated that the purpose of the assistance would be to restore the normal life of the financial system and promote the banking sector that is dying under the current crisis. However, the idea of the deposit and the help arabia, would take a number of policy conditions related to Hezbollah and Iran in a clear economic offensive of the Kingdom to retrieve the Lebanon and out of iranian influence, which would not be an easy decision for a government lebanese controlled and conditioned by Tehran. However, the current government can’t wield a single argument credible to deny the harmful influence of Hezbollah within the State and the institutions of the lebanese. That influence away to the Lebanon of the world in general and the Gulf countries in particular, and today there is no evidence to indicate that Hezbollah is willing to modify their behavior before the magnitude of the ongoing crisis. Therefore, expect a financial aid is Arabic is no more than a fantasy.

There is a list of well-known names in the lebanese politics that began to be in the mouth of the leadership of political opposition and are mentioning to any one to assume as prime minister and form a government. Personalities such as Muhammad Basiri, Samir Hamoud, Nawaf Salam, among others are the names that have been mentioned. However, none of them can guarantee the fix of the broken relationship between the arab world and Lebanon due to the interference of Hezbollah in its affairs during the past two decades.

Today the conditions are critical for the country, in this sense, the International Monetary Fund (IMF) organized a seminar via the web on the impact of the crisis and how to deal with the reopening of the lebanese economy. Jihad Azour, Director of the Department of the Middle East of the IMF, stated that the crisis of Covid-19 has no precedent for the speed of its spread, and the commotion caused regionally. All countries will experience declines in its economy in the remainder of the year 2020. However, each one must implement responsible policies to return to acceptable levels of growth beyond oil prices.

Azour was clear, indicating that a parallel market of exchange generated by a devaluation brutal of salaries, hyperinflation and chaos, where the Lebanese Pound, climbed up wildly since February a value of 1.507,5; for a quote today to 9.250 for sale and 9.000,00 to buy for each u.s. dollar, the only solution is to consider new economic policies that provide stability. “You have to start again,” said the director of the IMF.

However, the lack of trust and clear policies caused the exchange rate to collapse against the dollar, then, protest movements have erupted in recent months and many fear that things are out of control given the difficult condition of life of the lebanese families in all areas and religious communities, for which the government of lebanon current it can soon lose the control due to the collapse of the standard of living lebanese.

A number of young people mobilized have told Infobae that the order to “go all” the members of the political leadership known has ceased to be a claim of the mobilized, they know that is not the solution without to take out Hezbollah. Prefer to enforce measures of specific performance to modify the course of the situation which, in the opinion of the activists, it must begin with leaders who will take charge of a government, instead of requiring more effort and sacrifice of the citizenry that does not tolerate any order of extra effort when those who govern don’t give the example.