In the midst of a crisis, online brokerage breaks all-time highs 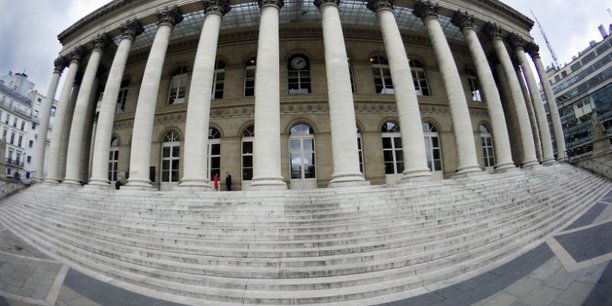 “It’s time to do good business on the stock market.” The short sentence dropped by Secretary of State Agnès Pannier-Runacher, interviewed on 10 March on Cnews the next day Black Monday on the markets, had not gone unnoticed and had been the subject of intense criticism on social media. Internet users considered these comments inappropriate, opportunistic and even cynical at a time when the coronavirus epidemic had already claimed thousands of lives worldwide and threatened economies.

However, a few weeks later, it is clear that many people had the same reasoning as the Secretary of State. “We recorded a record number of title, PEA and PEA-SME account openings. More than 20,000 were opened in March alone. It’s really a lot more than what we usually see”, notes Benoît Grisoni, the managing director of Boursorama, which offers an online brokerage offer to its clients.

The same is true of its competitor ING Banque.

“We are on all-time highs, with daily trading levels in the markets 3.5 to 4 times higher than the average observed over the past 15 months. Regarding the opening of securities accounts and PEA, they are six times higher in March without any commercial proactivity on our part. On the investment side, we are at levels 20 times higher”, Julien Schahl, head of savings and investment products for ING retail banking, says. According to him, all the players in the square are experiencing a similar boom.

How can such a craze be explained when the very high volatility of the markets could, on the contrary, be a deterrent?

A number of our customers seem to be estimating that the period representse an interesting entry point”Julien Schahl replies. “Market levels have never been lower in years. Some shares have lost 30% or even 50% value.”

Some individuals attracted to the stock markets in recent months, would therefore have decided to take the plunge seeing the opportunity to access shares at highly discounted amounts. As a reminder, the CAC 40 fell below the 4,000-point mark on March 16, compared with 6,000 points at the end of 2019. It now plays at just over 4,200 points.

“A stock that falls to historic lows is not a buying opportunity. This is a thorny issue that the market does not want”, warns on Twitter Nicolas Chéron, head of market research for the online broker Binck.fr bought by Saxo Bank.

“70% of orders in March were purchases”, notes Benoît Grisoni. According to him, several strategies have been able to guide individual investors. “Some investors have bought back securities they already had in their portfolios to lower their average purchase. They are convinced that these values will rebound at some point. Others bought securities for the first time because they consulted technical advice or fundamentals and became interested in the economy”, he exposes.

However, according to the head of the online bank of the Societe Generale group, this growing interest of the French for the stock exchange does not date from March.

“This is a fundamental trend. Our previous all-time record was set last November, when the French Games (FDJ) went public. For many years, with euro funds [proposés dans le cadre d’un contrat d’assurance vie, ndlr] , individuals could benefit from very attractive products, combining good performance, liquidity and security. These three conditions can no longer be met simultaneously in a context of long-term low or even negative rates. It’s a paradigm shift. And we are gradually witnessing an awareness of savers who are moving towards other products offering better returns, such as unit supports for life insurance or securities accounts and PEA”, he exposes.

The sharp decline in the markets, making these financial products more accessible, would therefore have acted as a trigger. As a result, many French people also consult educational content or attend online conferences to train on these topics. Boursorama’s daily show Ecorama is recording audience records. “Some of the videos were viewed more than 600,000 times in March”Benoit Grisoni argues. And thousands of Internet users sign up for webinars involving asset management specialists.

In addition to this search for gains at a time when it is considered appropriate, the containment environment also seems to push some individuals to stock-trade.

“By talking to readers, I realize that many of them place orders out of a desire to trade, for lack of patience, for boredom. Investing aims to earn money, not play, satisfy your ego, or be right. Learn not to do anything”, Twitter follower Nicolas Chéron.

While many novice investors are trying their hand at the stock market for the first time, the Financial Markets Authority (AMF) recently called on the public to be more vigilant about the risk of scams in the context of the epidemic and the downturn in financial markets. The gendarme of the stock exchange also regularly updates a list of websites to invest in a variety of assets without the necessary authorisations.