How France imagines a possible implosion of Africa against Covid-19 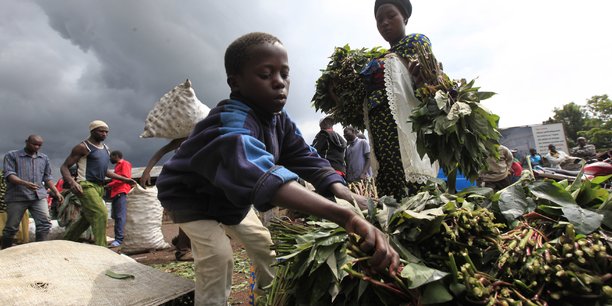 Chronicle of an implosion announced… In a note from the Centre for Analysis, Forecasting and Strategy (CAPS), titled “The pangolin effect: the storm that comes to Africa?”, which La Tribune consulted, the Quai d’Orsay believes that the Covid-19 crisis could be in Africa “the crisis of too many, which destabilizes permanently, even that puts down fragile regimes (Sahel) or at the end of the race (Central Africa)”. In any case, the Covid-19 crisis will probably reveal the capacity limits of States, unable to protect their populations. In Africa, it will also amplify the crisis factors of societies and states. A high number of deaths, the death of a personality or, finally, the comparison between fragile states (Sahel and Central Africa) and solid (Rwanda, Senegal) This could trigger a protest.

The Covid-19 crisis will reveal new political power relations for state control during and after the crisis. “Anticipating the discredit of the political authorities means urgently accompanying the emergence of other forms of credible African authorities to address the people in order to face the responsibilities of the political crisis that will arise from the shock caused by the Covid-19 in Africa”CAPS argues. For now, Africa was still little affected by the virus on Wednesday with 200 deaths (5,778 cases). But the hurricane is approaching.

The fatal blow to some African regimes

“Faced with the discrediting of the political elites, it is necessary to find other African interlocutors to face this crisis with political consequences”, says this think tank of the Ministry of Foreign Affairs, responsible for conducting missions of analysis of the international environment. Especially since the risk of infection of an elderly and already ill leader could have serious consequences and would force France “to position itself clearly and quickly on the end of a system and on a transition”. For CAPS, it is clear that the coming shock wave of the Covid-19 in Africa could be “The blow too far to state apparatus”. What for? Because the rate of medicalization is almost zero and national health systems can be considered automatically saturated, he believes.

Most African states will make “massive evidence of its inability to protect its people. This crisis could be the top step of the popular trial against the state, which had already failed to respond to economic, political and security crises”, points out the Quai d’Orsay.

According to CAPS, in West Africa, containment measures will undermine the fragile balance of the informal, the daily survival economy essential to maintaining the social contract. In Central Africa, “the shock could precipitate the final crisis of the oil rent in Cameroon, Gabon and Congo-Brazzaville (collapse of a price per barrel already in crisis with demand, aggravated by a slowdown in production, and risk of accelerating the thinking of oil operators – Total in the first place – to leave these countries), again at the heart of social balances”, says the Quai d’Orsay. In both cases, this could be the economic trigger for political transition processes.

Some African countries will have to deal with what CAPS calls, a “Political virus”. It assumes that cities will be the epicentre of crises and that very quickly the issue of refuelling neighbourhoods will arise for water, food and electricity. “Urban panic phenomena could appear: they are the breeding ground on which the manipulations of popular emotions are built. This recipe makes the bed of populist political enterprises”CAPS explains. It is the middle classes in the process of decommissioning that will be the first to be weakened, because their daily lives are in danger of collapsing, he says.

As a result, the question of selection will not be about the people to be saved medically (lack of reception capacity), but “on the needs of basic necessities: which district to refuel? Which credible local authorities can be the relays for organising distribution? What basic necessities to provide in an expected phase of shortage?

The weight of social networks will weigh considerably, especially with the containment that will literally cut companies from public institutions. In the absence of a credible public speech, “Conspiracy theories are already beginning to flourish and are adding to the simple false information to participate in a loss of control of public opinion. Added to this are the dynamics of popular rumours, which are just as likely to be used to direct collective violence.”warns the Quai d’Orsay.

Which interlocutors for France?

For France, in this chaos, it is a question of finding interlocutors that are both reliable and legitimate to compensate for the possible bankruptcy of the States. “The inevitable diversion of public goods (starting with masks) and future international health aid (already denounced as “Covid-business”) can easily crystallize the ultimate loss of credit of the leaders”, thus justifies caps. At this stage, four categories of actors have the ability to mobilize crowds. They need to “so we are already putting together interlocutors for our crisis management efforts in Africa”, according to the Quai d’Orsay.

Who are these interlocutors? The first are the religious authorities. If some institutions have agreed to accompany the first instructions (Catholic Church, some Muslim brotherhoods), others, which have based their success on the political channelling of popular emotions, might want to defy public order to impose theirs in this moment of weakness of the state. The second are diasporas, which may have a duty of civic information. The third are popular artists: “they remain – with a few exceptions – credible moral authorities and shape public opinion”CAPS assures.

The fourth may be economic entrepreneurs and neo-liberal businessmen. “They can play a role if they decide to commit their resources or to act as intermediaries between the system of global governance and Africa, but in any case they will point to the failure of the state”notes the Quai d’Orsay. Finally, in the face of the State’s inability to protect its populations and the possible opportunistic ambitions of some, caps believes that “support public words from African scientific experts and health experts”. There is an African medical scientific community that can be mobilized and supported.