Germany’s largest money house: Deutsche Bank surprises with profit at the start of the year 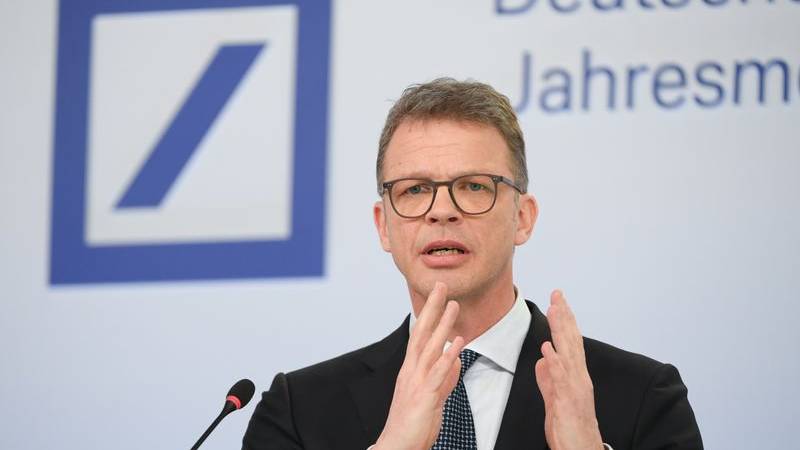 Deutsche Bank is basking in setbacks after a surprise profit at the start of the year due to the Corona crisis.

“The extraordinary economic environment suggests that there will be more credit defaults overall,” germany’s largest money house said on Monday, referring to the early release of key data for the first quarter of 2020. “But Deutsche Bank’s credit book is of high quality and is well diversified.”

Although the Dax Group set aside half a billion euros for possible credit defaults as a result of the Corona crisis, it remained in the black in the first quarter even after taxes, the Frankfurt Institute announced late on Sunday evening. Analysts had expected an average loss for the three-month period, both before and after taxes.

In the months of January to March, Deutsche Bank reported a pre-tax profit of EUR 206 million. The surplus was EUR 66 million, up from EUR 201 million a year earlier. Among other things, this includes shares in subsidiaries that cannot be attributed to Deutsche Bank shareholders.

The Bank intends to announce details of the interim balance sheet this Wednesday (29.4.). A statement from the Board of Management on the profit expectations for the full year is also expected. As recently as mid-March, Chief Financial Officer James von Moltke confirmed that the bank intends to return to profit this year, at least before tax. The year 2019 ended with around 5.7 billion euros on balance – it was the fifth consecutive year of losses.

“Pre-tax profit in the first quarter is due to rising revenues in our core business areas combined with continued progress in reducing costs,” the bank said. In July 2019, Group CEO Christian Sewing launched a fundamental reshuffle of the bank: thousands of jobs will be cut, and investment banking will be cut. Sewing makes the corporate bank, which takes care of medium-sized companies, family-owned companies and multinational corporations, the core of the institute, which this year looks back on a 150-year history.

“We are very pleased that the results for the first quarter confirm our progress in the restructuring of our bank, the operational strength of our business and our resilience,” Sewing said. At EUR 6.4 billion, revenues – i.e. the Bank’s total revenue – were even slightly higher than a year earlier. One possible driver of the positive earnings trend may have been strong demand for credit or other financing for companies in the Corona crisis. Analysts also believe that strong trade in bonds, currencies and commodities may also have contributed to this.

Deutsche Bank is temporarily making cuts to the targets for capital buffers and the leverage ratio. “We are determined to use our balance sheet to support customers who are in particular need of us now,” said Sewing. “This decision could temporarily lower our Common Equity Tier 1 ratio to our target of at least 12.5 percent without weakening our bank’s solid balance sheet.”

Europe’s bank supervisors are allowing banks to temporarily provide thinner capital buffers to banks because of the Corona crisis, so that institutions can provide companies with sufficient credit. Deutsche Bank stressed that its capital base is still good and well above the requirements of regulators. This should also remain the case: “Since these capital effects are considered temporary, the Bank continues to work towards the target of a Common Equity Tier 1 ratio of 12.5 percent and a leverage ratio of 5 percent for 2022.”

In the financial market, the key figures for the first quarter were well received. Deutsche Bank shares, which were hit by the Corona crash, rose more than 12 percent to just over six euros on Monday morning. Since the turn of the year, the paper had previously lost significantly in value, similar to the German leading index Dax.