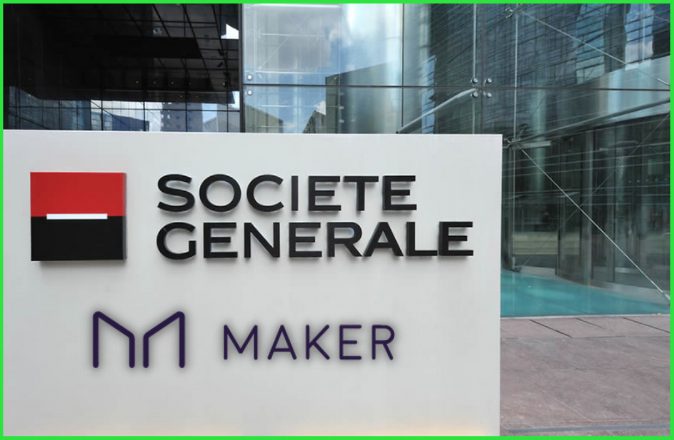 French investment banking giant Société Générale took a significant step towards blockchain adoption earlier today when it withdrew millions worth of stablecoins from MakerDAO. The investment bank, which boasts over 130,000 employees spread across 62 countries, tapped its MakerDAO wallet to withdraw $7 million worth of DAI. The move is being seen as a significant step to bridge traditional finance (TradFi) with decentralized finance (DeFi).

I’m not actually sure why it took them so long to use the vault, except that my experience with these real-world asset things is that everything always takes a long time,”

Home loan bonds used as collateral for the loan from MakerDAO

This is arguably the biggest direct transaction between a firm from TradFi and a DeFi project. Société Générale reportedly used home loan bonds worth $40 million as collateral to service the $7 million debt from MakerDAO. The loan was drawn from the investment firm’s vault in the decentralized autonomous organization, which was approved by its community late last year.

At the time the proposal was described as the “first experiment at the crossroads between regulated and open source initiatives”. The proposal was passed with an overwhelming majority, with over 83% of the votes in favor of Société Générale starting a vault in the DAO. The vault reportedly has a debt ceiling of $30 million.

Société Générale’s loan from MakerDAO only goes on to demonstrate the use cases that DeFi has to offer to the firms operating in traditional finance.