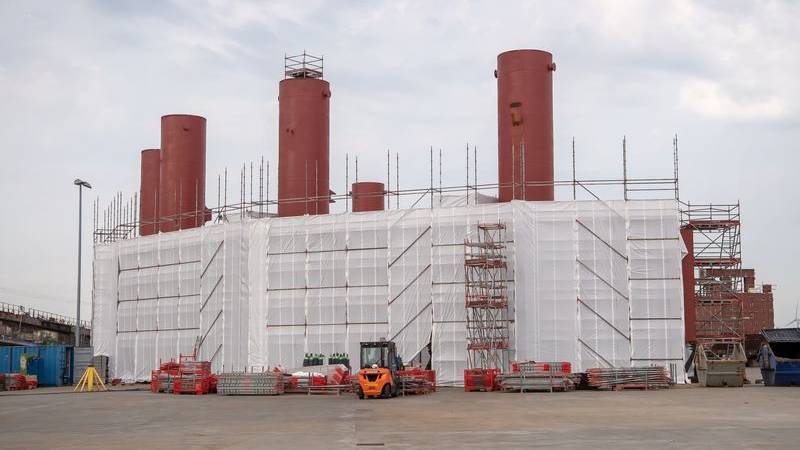 The shipyard Fosen Yard in Emden as the successor to the Nordseewerke builds in Norwegian orders two large salmon farms to be used on the high seas.

Each of these ring-shaped structures have a diameter of 80 meters and is 25 meters high, said Carsten Stella Mann, CEO of Fosen Yard in Emden, the German press Agency.

To be built in two halves, which are then to be at Fosen in Norway put together. The first half-ring is currently being assembled, said Stella’s. Fosen Yard in Rissa on the Norwegian Trondheim Fjord had taken over the German shipyard nordseewerke after four bankruptcies 2019 complete.

The principal of the cage-prototypes salmon producer Norway Royal Salmon is. “The cages should not come into the fjords, but on the high seas,” said Stella’s. For Fosen salmon are cages a new field of business.

Offshore fish farms are considered to be possibility of the production of food fish globally. Also, the US government has recently allowed the construction of such facilities. On the high seas the environmental impact of food and Kotrückstände in the case of fish farming in bays and coastal waters are avoided. The structures must hold in the case of the salmon cages of Wind and waves in the Arctic waters. 3000 tons of steel will be installed per system.

In the operation of the salmon farm, only an upper Ring will protrude out of the water, said Stella’s. The actual cage for the salmon hanging in a depth of ten meters. There, the animals are at less risk due to parasites. The salmon air can get, to be installed underwater artificial bubbles.