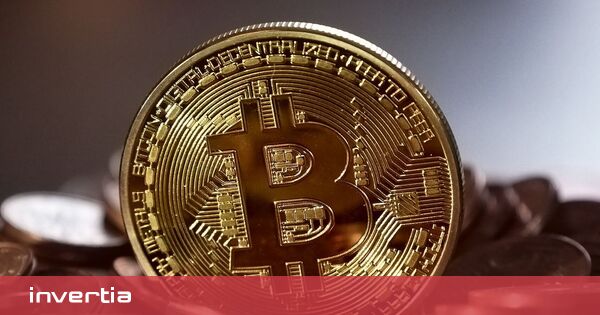 The bitcoin continues its way towards historical highs with an appreciation that exceeds the 120% so far this year. However, only a minority among Spanish investors are enjoying this journey upwardsince only 26% of their financial advisers advised to go for criptomonedas.

Despite the growing popularity of bitcoin, the majority of financial advisors Spanish still remains “undecided” at the time of issuing a recommendation on the advisability of investing or not in criptomonedas. So it is collected by the second Barometer of the Digital Transformation of the Investment in Spain, developed by the broker eToro, in collaboration with the Spanish Association of Advisors and Financial Planners (EFPA).

While the interest of these professionals for the digital asset has done no more than gain weight in recent times, there are still very few who dare to take the leap investor. The study notes that seven out of ten financial advisors to be recognized to have come closer to the criptos recently, 45% of these professionals prevents to launch a generic recommendation for their clients.

The apparent dilemma that seem to bring both of these figures finds its explanation in other measurements in the report. In the first place, the recent interest of the collective is deeply linked to the fact that 51% of these professionals claim to have received more queries on these assets in the midst of the pandemic of Covid-19.

On the other hand, the absence of specific regulation, which give a coverage clear to the investment in bitcoins and their ‘little sisters’ is behind its widespread reticence.

The last assertion is categorical if one takes into account that 84% of financial advisors spaniards identied as main reason for not rushing to invest in criptomonedas. A situation that may be changing as countries move forward in the regulation of the criptos and enjoy greater legal certainty and the rules of the game more clear.

However, sources in the sector claim to this site that while the rules are in the oven, as is the case of the new regulations of tax liens in Spain, it is difficult for the professionals of the investment adviser may take a definitive stance. And is that a regulatory change can end up seriously affecting the asset allocation strategy designed. A currency of reference of the bitcoin on a chess board.

The director-general of eToro in Spain, Tali Salomon, points out that “there is growing interest in the digital assets in Spain”while indicates that the criptoactivos are “just the first step in the journey to the tokenization of the investment”. However, you acknowledge that are “very volatile and much risk” as a result of the first, which would also explain that 29% of the national advisors to discard the investment in these assets.

While the bitcoin has a bad fitting on the investment portfolios more conservative, it is true that Spain is one of the countries with the most enthusiasm is hosting the criptomonedas. As reflected in the Index of Trusted Cryptographic of bitFlyer.

The co-chair and director of operations of the fintech in Europe pointed out in a recent interview with Invertia that 68% of Spanish investors currently considered “the criptomonedas will continue to be in use within ten years.” This percentage is one of the highest in the region, to the point that the country is located as the fourth most enthusiastic of the Old Continent.

A growing interest that has much of its origin in the shift that many investors have given around the world to their portfolios towards assets and strategies more related to the scanning. The confinements and changes in the routine that has brought the coronavirus have accelerated this transition.

In this sense, the barometer points out that 85% of financial advisors Spanish has been a greater interest on the part of their clients in companies whose profits are strongly linked to the digital transformation.

In addition, the fact that this topic has become one of the shafts of the plans of economic reconstruction that are being implemented all over the world promises to bring continuity to this trend.

This fever digital, the progressive establishment of regulatory frameworks are clear and stable and the dissemination of the criptomonedas as a value shelter and method of payment are the engines that have led to the bitcoin very close to 16.500 dollars now round your quote. A recent study of eToro pointed out that the profitability of a portfolio classic might have been 50% higher in the last five years by allocating only 3% of its assets to the criptomoneda queen.

Although, as stated, a maximum of the investment, past performance does not ensure future returnsthis seems to be the base that is moving to more and more investors to venture into the world of criptomonedas. If the uncertainties are being resolved, it is likely that the financial advisors also leave their mark with more ease for these assets. Otherwise, it is likely that the resistance current will be maintained without changes.