eTrendyStock
HomeMarketsEthereum Dominance In Dapp Revenue Soared By Over 66% This Month
Markets
September 20, 2022

Ethereum Dominance In Dapp Revenue Soared By Over 66% This Month 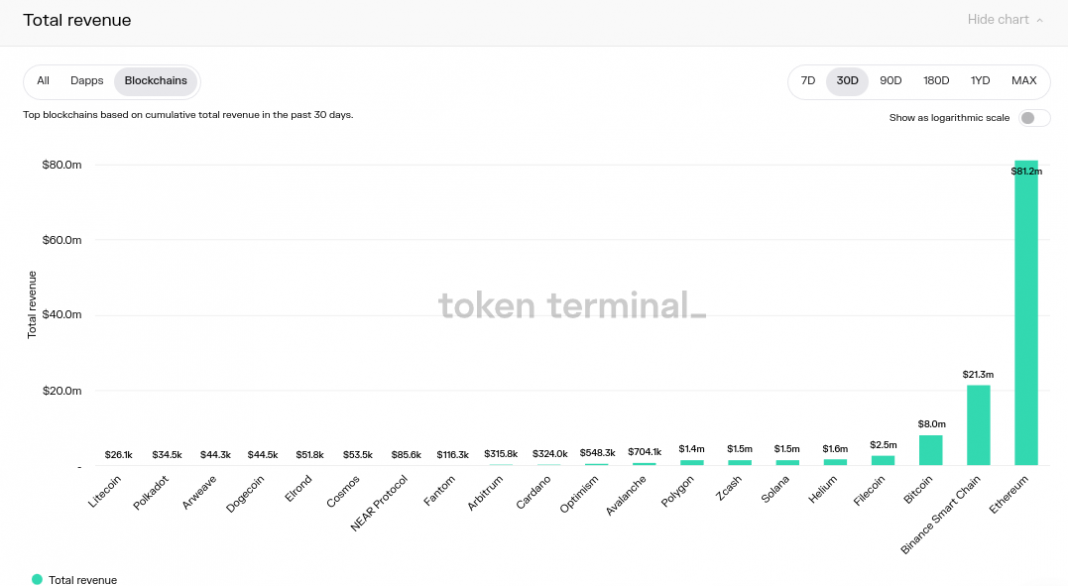 Decentralized protocols can generate revenue to provide more value to users and developers. Things have gotten much more competitive on this front, although Ethereum remains the go-to blockchain. For Dapps and protocols, Uniswap is still in the lead, although OpenSea is not too far behind.

Ethereum Is The Money Maker

For anyone interested in building applications and protocols for revenue purposes, Ethereum is your solution. Despite the hundreds of blockchains and dozens of networks claiming to be the next “Dapp frontier”, none of them hold a candle to Ethereum. The second-largest network by market cap represents over $81 million in monthly revenue. The second network, BNB Chain, has $21.3 million. No other blockchain surpasses $10 million, although Bitcoin firmly controls the third spot.

One may argue that more revenue would detract from the user experience. Earnings generated often end up in the pocket of miners, stakers, or protocol developers. However, solutions like decentralized exchanges share trading fees with liquidity providers, contributing to these numbers. More revenue is an overall sign of broader network activity, even though some blockchains may be more expensive to use than others.

The many “Ethereum killers“- including Solana, Polygon, Avalanche, Optimism, and Cardano – generate $1.5 million in monthly revenue or less. Some may argue that these networks are far cheaper and more efficient. Others will claim it is because there is less interest in using these technology stacks for Dapps and protocols. Ultimately, no one can deny Ethereum has a dominant position. It is up to these other networks and their communities to change that status quo. This month, Ethereum’s revenue dominance went up by another 66.7%.

Uniswap and OpenSea Push The Pace

It is not hard to see why Ethereum generates more revenue than other layers and blockchains. For example, Uniswap and OpenSea combine for $91 million in monthly revenue. Most of that originates from Ethereum-based activity, although these protocols operate in a cross-chain manner. Lido Finance is moving up the ranks, another protocol primarily used on Ethereum. 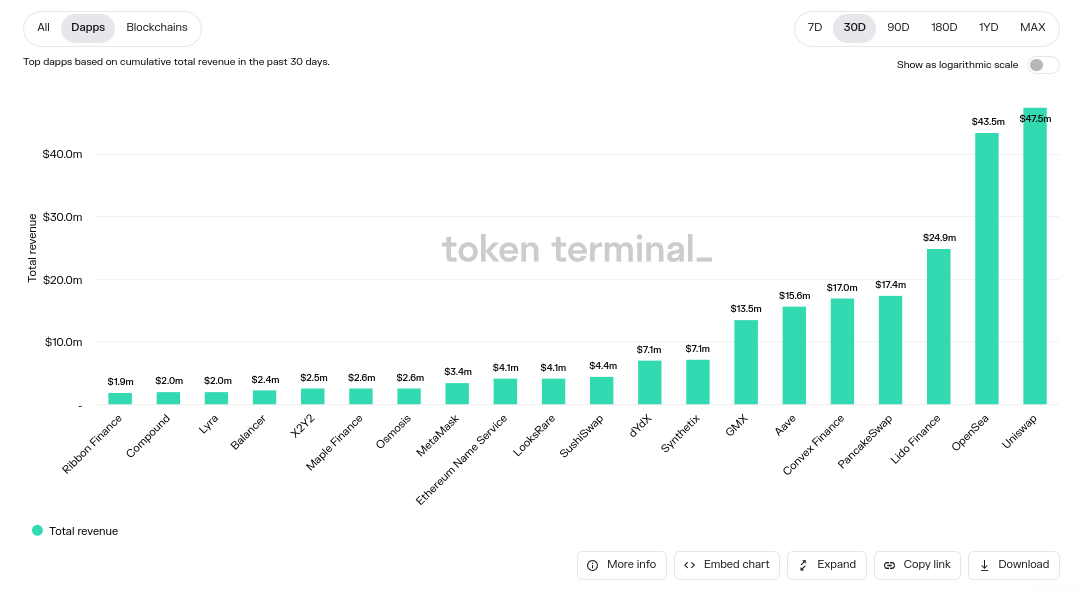 When the top three solutions are based on the dominant chain – either fully or partially – it will be tough for other networks to compete. PancakeSwap comes in fourth place, but its monthly revenue is barely one-third of Uniswap’s. When looking at projects like GMX (Arbitrum), Osmosis (Cosmos), etc., things get even bleak. Their revenue-generating abilities are meager, although that doesn’t mean people don’t interface with these protocols.

Zooming out a bit to the yearly performance of these Dapps, there is a rather curious trend. Like the bearish crypto markets, all protocols generated far less revenue in 2022. That said, the outspoken dominance of Uniswap and OpenSea has remained the same percentage-wise, even if all projects lost ground. Moreover, there has not been any meaningful spike in 2022 except for a few big days. Sustaining momentum remains problematic across the board. 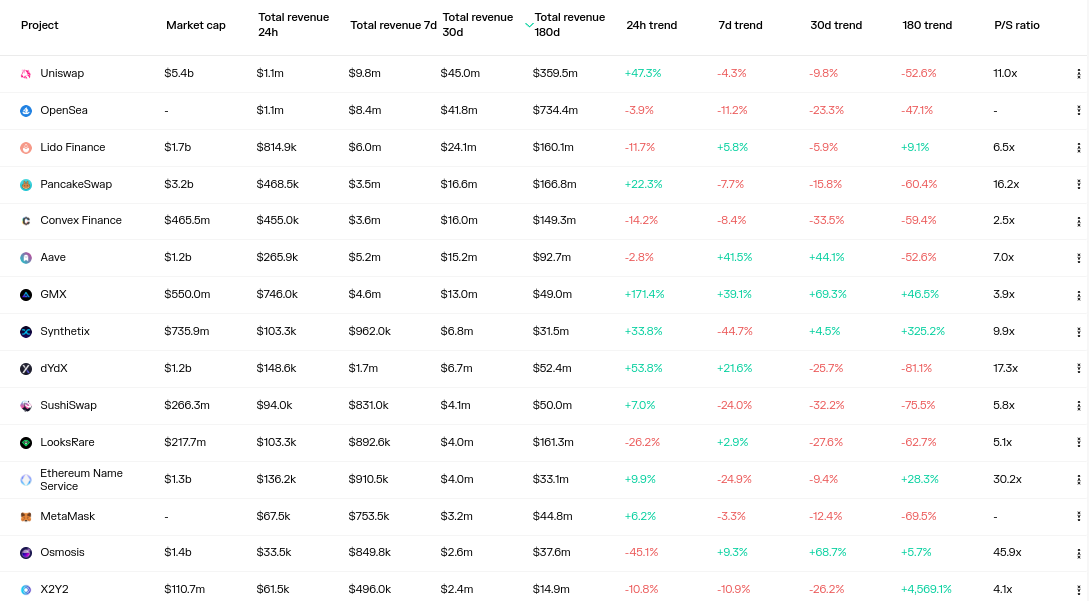 The 180-day trend for these protocols looks very bleak. Outliers like Lido Finance (+9%) are rare, and Uniswap (-52.6%) and OpenSea (-47.1%) quickly negate any gains by other Dapps. PancakeSwap lost over 60% in 180-day revenue, and SushiSwap went backward by over 75%. Ethereum Name Service, on the other hand, saw a healthy 28.3% gain, as decentralized domains are a hot commodity today.

The post Ethereum Dominance In Dapp Revenue Soared By Over 66% This Month appeared first on CryptoMode.