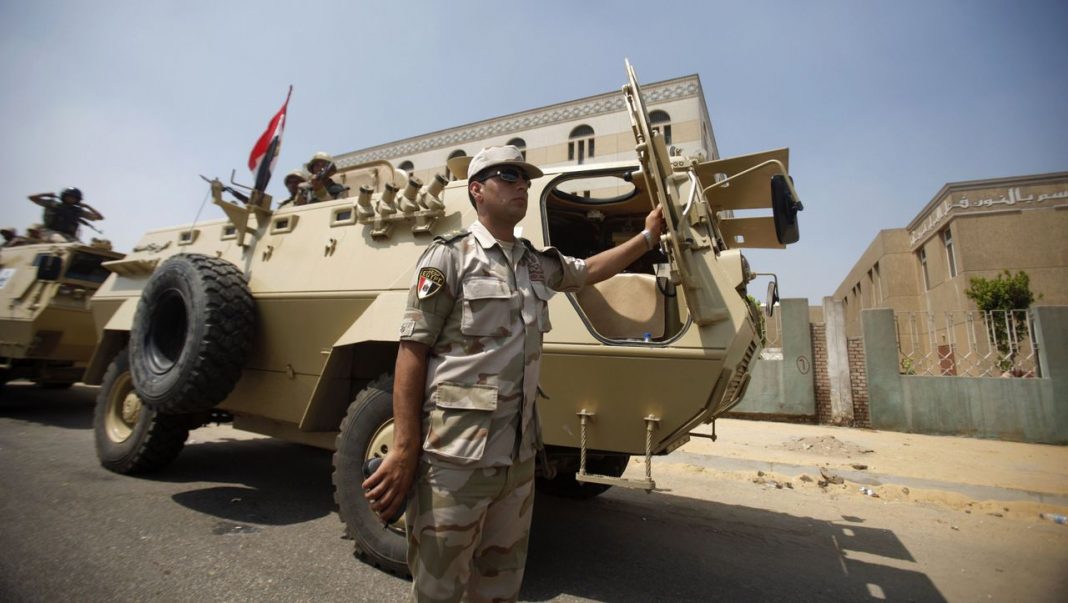 Ten Egyptian army soldiers have been injured in the explosion of a hidden explosive device in the Sinai Peninsula. This was announced by an army spokesman on the Armed Forces Facebook page that evening. It was not officially confirmed at first whether there were any deaths.

However, the 10 soldiers are believed to have been killed, according to the AP news agency, citing security sources. Three other members of the army are injured.

According to the official statement, the two officers and eight soldiers were in an armored vehicle. It was destroyed by the explosion.

Attacks continue to occur in the north of the Sinai Peninsula. An offshoot of the Islamic State (IS) terrorist militia and allied groups of the terrorist organization Al-Qaeda are active here. In November 2017, the violence escalated: more than 300 people were killed in an ISIS attack on a mosque.

The human rights organisation Human Rights Watch had accused both the Islamists and the Egyptian army of human rights violations because of the conflict.

The attacks had increased after Islamist President Mohammed Morsi was forced out of office in 2013 after a military coup. Since then, hundreds of members of Egypt’s security forces have been killed in attacks, most of which are claimed by ISIS.