eTrendyStock
HomeNewsDombrovskis will temporarily assume the portfolio of Trade following the departure of...
News
August 27, 2020 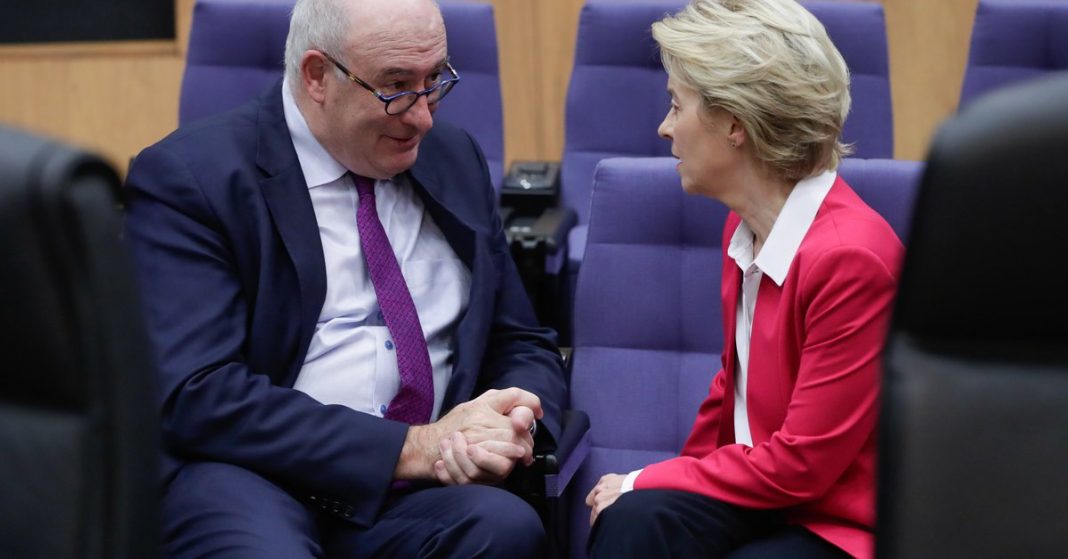 Brussels, 27 aug (EFE).- The president of the European Commission, and Ursula von der Leyen, announced Thursday that the vice president community responsible for Economy, Valdis Dombrovskis, will take over in an interim basis the responsibilities of commissioner of Commerce after the resignation of Phil Hogan last night.
“According to the treaties, it is now up to the irish Government to present suitable candidates. As I have already done in the past, I will invite Ireland to propose a woman and a man. The executive vice-president Valdis Dombrovskis will assume on an interim basis the responsibilities of business affairs,” explained the German.
Von der Leyen made public the temporary realignment in a brief public statement did not clarify if the future candidate for the irish to regain the portfolio of Trade once it is appointed or if Dombrovskis, a Latvian veteran of the community Executive, would keep that position.
“Later, I will decide the final allocation of portfolios within the college of commissioners”, he added.
Von der Leyen thanked Hogan “successful” job as commissioner of Trade and its contribution to the work of the Commission for Europe also in the previous legislature, under the presidency of Jean-Claude Juncker, although he also referred to the controversial information that have led to his resignation.
The irish became embroiled in a controversy after being accused of breaking the health rules against the COVID-19 in your country for, among other reasons, to participate in a dinner at a golf club with more attendees than allowed.
“While Europe fight to reduce the spread of the coronavirus and the europeans make sacrifices and accept the painful restrictions, my expectation of the members of the college of commissioners is to be especially careful about the observance of rules and recommendations,” said Von der Leyen. E(More information on the European Union in euroefe.euractiv.is)