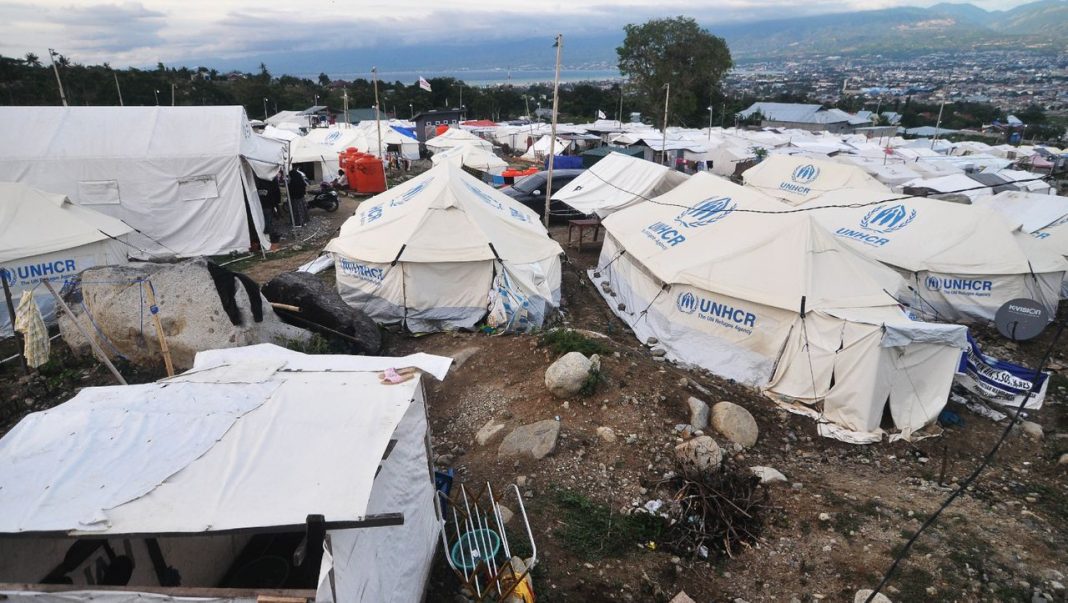 They are fleeing war and violence, droughts, forest fires and earthquakes: according to a recent report, 50.8 million people worldwide are fleeing within their home country. Last year alone, millions had to leave their homes behind. Most of the displaced people face years, sometimes decades of displacement. Few will return to their homeland: because security there does not allow, or because living conditions remain unsustainable in the long run.

The Internal Displacement Monitoring Centre IDMC summarizes the figures of displaced persons and evictions once a year in its report. According to this, 33.4 million new evictions were added last year alone. A sad record.

The authors analyse data they collect worldwide, for example from the UN refugee agency UNHCR, the International Organisation for Migration IOM, but also from local and national governments.

Bina Desai heads the Policy and Research department at IDMC in Geneva. In the interview, she talks about how the measures against the coronavirus hit many displaced people particularly hard. And why internal flight is not only a social but also a major economic challenge for countries.

Bina Desai, born in 1971, heads the Policy and Research Department at the Internal Displacement Monitoring Centre (IDMC) in Geneva.

Mirror: Why are so many people fleeing within their country?

Bina Desai: In most cases, it is about naked survival. Whether in a conflict or because a natural disaster is imminent. But it is often more complex. Then it is not directly a question of life and limb, but of the loss of income, security or even access to health systems or education. In the report, we distinguish between flight due to violence and conflict – and climate hazards and disasters.

Mirror: Do you have any examples?

Desai: In the Sahel, In West and East Africa, the habitats of many people have been reduced by drought and climate change, agriculture is hardly possible in some regions. In such cases, we can no longer be Migration speak for which people Decide. This is Escape. In addition, there are local or regional conflicts. In Central America, for example, there is no direct war. Families, however, are often unable to stay there because of the massive violence in the cities; it is too dangerous, they are forced to leave.

Mirror: How many will return to their homeland later after their escape?

Desai: When people are asked if they want to return to their homeland, most people say yes. When asked if they really plan to return, a clear one comes: No.

Mirror: What is the reason for this?

Desai: At the security situation in the homeland – but there are also pragmatic reasons. When people come from regions where there is no access to education, no health care, no jobs, they or their children usually do not want to return. The longer an expulsion takes, the less people can imagine going back to seeking the connection again.

In the case of natural disasters, people are more likely to return. But even after a flood or a storm, this is often not possible: if, for example, the house is destroyed, there are no insurance sanas and income is lacking. In India, Bangladesh or the Philippines, for example, we have seen this time and again in recent years.

Mirror: What does this mean for the regions in which the displaced people have resettled?

Desai: The great challenge of the future is to integrate them there. Unfortunately, in these regions one often encounters a huge error: These people are here with us at the moment – but they are also going back. But they don’t. Planning, especially in urban centres, ignores and displaces the fact that the displaced people need a place in the city in the long run. The result: misplanning that exacerbates social conflicts.

“We should not delude ourselves”

Mirror: What is surprising is that the US – with almost one million internally displaced persons in 2019 – is well at the top of the international list. How come?

Desai: Similar to the case of Australia, this is partly due to the forest fires that have raged there in recent years. We need to think about climate change there – but also the way water and land are handled. In addition, there are storms, floods that made entire areas of the Country uninhabitable for a time. These examples show that we should not delude ourselves: this kind of expulsion can affect us all, including in our country.

Mirror: According to your report, 18.4 million children under the age of 15 were among the displaced in 2019.

Desai: We are very concerned about this. Many of these children are of school age and need a reasonable education. Some have previously lived in regions where basic education does not exist for all.

The Corona crisis and the measures taken to counter it will make the situation even worse. Many educational institutions in the refugee camps have been shut down or closed in recent weeks. Those children who were already disadvantaged are now being hit once again by the Corona crisis.

Mirror: Will there be further expulsions due to the coronavirus?

Desai: There are no figures yet. It is conceivable, however, that people who are already living in catastrophic conditions will have to move on if Covid-19 performs in their camps. What else do they have but to flee the virus?

In Yemen, Nigeria, or Iraq, the crisis may be imminent. In addition, many humanitarian organisations have cut their activities on the ground. It will be difficult to help the displaced at all.

Mirror: Why is the international community so reluctant to tackle the problem of internal migration?

Desai: Displacement is still seen primarily as a humanitarian and human rights problem. In the long term, however, the issue will fly around the ears of affected countries politically and economically if they remain inactive. Those who are displaced often cannot work, so they cannot pay taxes. In addition, there are generations of young people without education. They, too, will have little to pay for a country’s productivity and innovation. Globally, we estimate that only the direct costs of such displacements are on average USD 20 trillion worldwide. This clearly shows that long-term solutions must be found, and humanitarian aid in an emergency is not enough.

This contribution is part of the Global Society project

Under the title Global Society, reporters from Asia, Africa, Latin America and Europe on injustices in a globalised world, socio-political challenges and sustainable development. The reports, analyses, photo routes, videos and podcasts appear in the SPIEGEL’s foreign department. The project is long-term and is supported by the Bill & Melinda Gates Foundation (BMGF) over three years.

The Bill & Melinda Gates Foundation (BMGF) is supporting the project over three years with a total of around 2.3 million euros.

Yes. The editorial content is created without influence by the Gates Foundation.

Yes. Major European media such as “The Guardian” and “El Pais” have set up similar sections on their news sites with the support of the Gates Foundation with “Global Development” and “Planeta Futuro” respectively.

In recent years, SPIEGEL has already implemented two projects with the European Journalism Centre (EJC) and the Support of the Bill & Melinda Gates Foundation: The “Expedition The Day of Tomorrow” on global sustainability goals as well as the journalistic refugee project “The New Arrivals”, in which several award-winning multimedia reports on the topics of migration and flight have been produced.