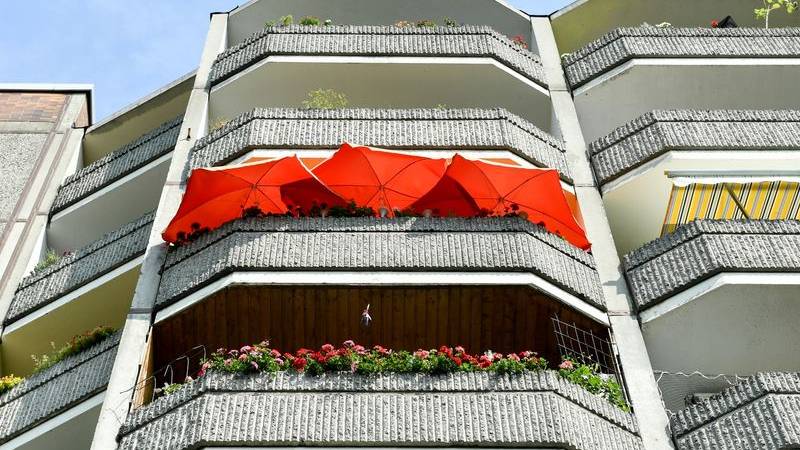 Still not to be built from the point of view of the Federal Association of German housing and real estate enterprises (GdW) enough new flats to meet demand.

In total, around to 293,000 units had been completed in the past year nationwide, said the Association on Wednesday in Berlin. With the need to keep up, but have been around 320,000 necessary. Thus, the demand exceeds supply by approximately eight percent.

With a view to social housing the situation is even dramatically, said GdW President Axel Gedaschko. Here, there is a “catastrophic supply shortage of 32 per cent”. 25.600 social housing were built, therefore, in the past year. “But we need every year an average of 80,000 of such apartments. We are still miles away.”

Thus, while only a fraction will built what was necessary, were at the same time each year, a total of 43,000 rental housing from the social bond. The stock had shrunk between 2002 and 2019 1.2 million in social housing.

“This does not mean, however, that the Rent will rise immediately to the level of the rent index,” said Gedaschko. Especially the municipal housing companies are striving to keep Rents low, where the apartments of the social bindungn have fallen.

Particularly bad is the Situation in Berlin. Here were built last year, only to nearly 1800 social housing units and thus about half as many as in the previous year.

A reason for the nationwide development Gedaschko in the high construction Prices. These had risen in February in front of the Corona-crisis is 3.5 per cent compared to the same month last year. Within the past five years have doubled the prices in the month of February. “This is due to the workload,” he said.

“If we want to see something Good in the Corona-crisis, then it is the Momentum, that in some Places, contracts are currently being awarded more restrained, what the utilization is likely in the short or medium term, to the bottom.” However, the soil had increased prices, especially in the areas where urgent housing is required, in the past years dramatically.

The GdW also called for a rethink in energy-efficient renovation. Since 2010, nearly 342 billion Euro had been in the energy-related modernization of buildings invested. However, the energy end-use consumption have stagnated between 2010 and 2018. “When we see these Figures, we can’t simply continue as in the past,” said Gedaschko.

Meanwhile, the German tenants ‘ Association criticised on Wednesday that the termination of protection for tenants due to Corona-induced loss of rent expired at the end of June and was not renewed. “Hundreds of thousands of tenants can now be used in spite of continued short-time working, unemployment and income losses due to rent arrears terminated, even if these are purely due to the corona,” said the Association.

The GdW is that around 18.1 million euros in the own member companies between April and June of rent arrears accrued. 0.6 per cent of all tenancies were affected. “With deferral requests tenant to only 0.33 percent of all leases on their housing companies.”