Debate on the EEG levy: More electricity consumption through the home office 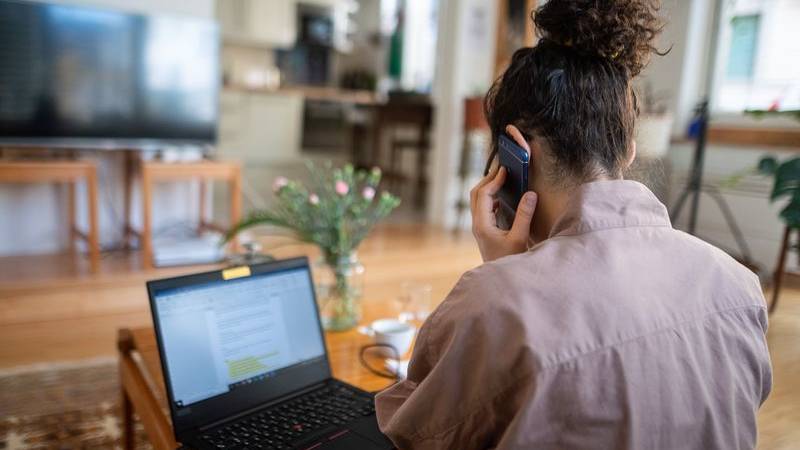 Because of the Corona pandemic, electricity bills could rise for many households this year, according to Internet comparison portal Verivox.

The reason was the largely stalled public life and the work in the home office. “Electricity costs are higher than ever before, and domestic electricity consumption is expected to be significantly higher this year than in previous years due to the ban on contact,” said Verivox energy expert Valerian Vogel.

However, it is unclear how much additional power consumption will be due to working in the home office. “Because of the longer
The german energy consumption of households is expected to increase slightly for the duration of stay in the dwellings as a whole,” expects the Federal Association of German Energy and Water Management (BDEW). However, videoconferencing or home office activities will increase private power consumption “only by small amounts”.

More electricity than for communication devices is used for everyday use in private households. According to figures from the Energy Balances Working Group, cooking, drying, ironing and other process heat account for about 30 percent of electricity consumption. For computers, telephones and co., this is only 17 percent. If more cooking is done at home during Corona times, electricity consumption is likely to increase.

Electricity prices have climbed to record levels this spring, but households are paying less for their energy consumption overall than they did a year ago. Heating with heating oil and gas was cheaper, and consumers also have to spend less on refuelling. According to the Federal Statistical Office, the price of energy products as a whole fell by 0.9 percent between March 2019 and March 2020.

The Greens want to make electricity significantly cheaper by reducing the EEG levy in order to revive the economy after the Corona crisis and to relieve the burden on the citizens. As early as the middle of the year, the levy should be reduced by five cents per kilowatt hour. At present, the levy for the expansion of renewable energies is 6.76 cents per kilowatt hour. The black-red coalition also wants to reduce the green electricity levy – but only in 2021, when a carbon price makes fuel, heating oil and natural gas more expensive.

According to Verivox expert Vogel, it is not yet clear how much the Coalition’s plans will relieve consumers. The amount of the levy for 2021 is still unclear. “Because of the lower electricity consumption and the fall in electricity exchange prices, it could even be higher than before.”

The state has a number of ways to sustainably ease the burden on consumers with the price of electricity, Vogel said. Of the approximately 39 billion euros that German households are expected to pay for their electricity bills this year, around 20 billion euros were accounted for by taxes, levies and levies. This corresponds to a tax rate of around 53 percent.

There is also potential in VAT, where 19 percent is due for electricity. If electricity is classified as a vital good and thus falls below the reduced VAT rate of 7 percent, this would amount to an annual relief of 92 euros, Vogel said.