eTrendyStock
HomeNewsCoronavirus News on Saturday: Key Developments on Sars-Cov-2 and Covid-19
News
May 9, 2020

Coronavirus News on Saturday: Key Developments on Sars-Cov-2 and Covid-19 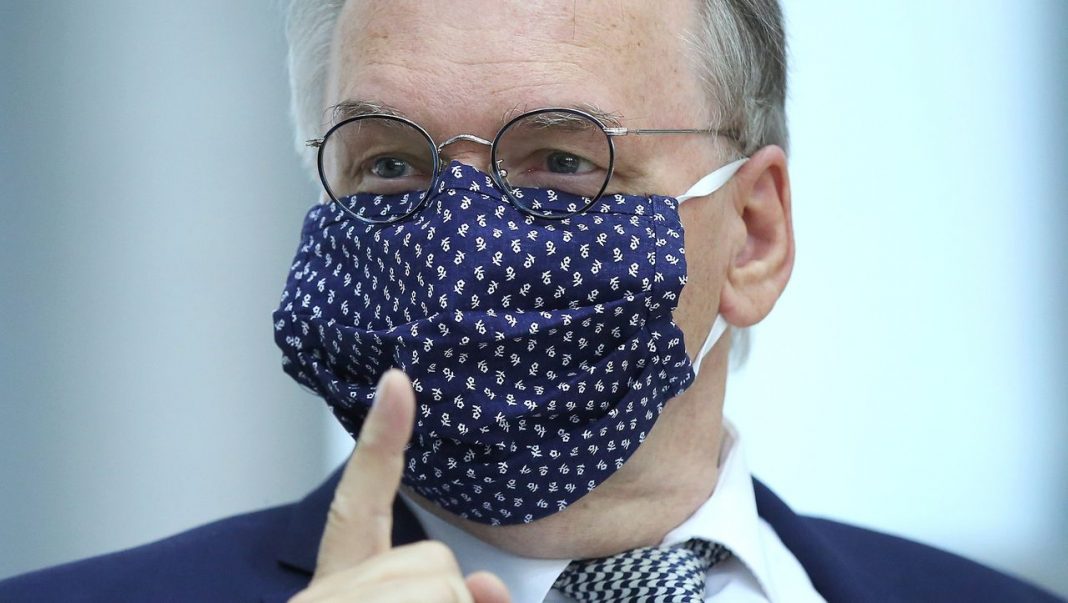 This article is constantly updated.

Don’t miss anything else: For the latest developments and most important backgrounds, subscribe to our Coronavirus Newsletter.

7:50 a.m. The US pharmaceutical company Pfizer wants to create capacities in its own plants in order to be able to produce a vaccine against the coronavirus in large quantities after successful tests. As a result, negotiations are underway with contractors to outsource parts of production, Pfizer manager Mike McDermott told the Reuters news agency. The 200 companies, including Catalent and Lonza, could produce more of the established drugs on behalf of the group, such as other vaccines or intravenous drugs. This would avoid bottlenecks in these funds.

In addition, additional shifts are to be driven in our own factories and other means are now to be produced and then stored more intensively. Preparing the plants for the production of the Covid-19 vaccine will cost the company at least 150 million dollars, according to the manager.

Pfizer and its German partner Biontech announced on Tuesday that they had begun the clinical trial of a coronavirus vaccine in the United States. If the vaccine proves safe and effective, it could potentially be widely used in the US by the end of the year. Pfizer could produce 20 million cans by then, and this could be several hundred million next year.

7:30 a.m. The Corona cases in Saxony-Anhalt were low, and Prime Minister Reiner Haseloff pushed ahead with the relaxation of the bans. Instead of just one person outside your own household, they were allowed to meet five other people early. But now the CDU politician has announced that he wants to tighten the screw again much earlier than agreed by the federal and state governments if necessary.

“We will be much more cautious about this than the federal government has agreed,” Haseloff told the Tagesspiegel. German Chancellor Angela Merkel and the country’s leaders had agreed to withdraw relaxations if more than 50 new infections per 100,000 inhabitants occur in a county within seven days.

“I think an earlier response to locally growing infection numbers is urgently needed,” Haseloff told the newspaper. “So that a second wave cannot be created in the first place.” Despite the many different announcements in the Länder, the head of the government stressed that the federal and state governments are still “90 percent in a common corridor” with their regulations.

Halle’s mayor Bernd Wiegand (non-partisan) announced on Wednesday a cap of 35 new infections per week and 100,000 inhabitants for his city. That number has been at its peak in recent weeks. Magdeburg would also intervene early, said Mayor Lutz Trümper (SPD). “But not by paralyzing the whole city.” Instead, it was necessary to decide locally how the situation could be contained.

Visits to nursing homes are allowed again in NRW

7:20 a.m. North Rhine-Westphalia will allow visits to old people’s and nursing homes as early as this Saturday. “This allows homes to better manage visitor flows over Mother’s Day weekend and can ultimately provide relief,” a Department of Health spokesman said. According to the regulation, each resident may receive a maximum of one visit per day – a maximum of two people.

Initially, the Ministry of Health had announced that the ban on visits to the Corona pandemic, which had been in force since mid-March, would be lifted on Mother’s Day, i.e. this Sunday. However, the Corona Protection Ordinance stipulates that the relaxations in inpatient health and care facilities will come into force as early as 9 May.

The lifting of the visit ban entails extensive safeguards. This includes registration and a short-screening of all visitors, visitor boxes with sufficient distance and separations, accompaniment on the way through the homes and a thorough disinfection after the visit. The visiting time is limited – usually to 20 to 30 minutes.

The rapid opening of the retirement homes after a long ban on visits nevertheless met with scepticism and criticism at institutions in the state of Land because of the limited preparation time.

Covid-19 could be included in the Duden

7:11 a.m. The Corona crisis is producing new words. And they could soon find their way into the Duden, the standard work on the German language. “The hot candidate for admission to the Duden is the lung disease Covid-19, which is caused by the coronavirus,” said The Head of Duden Editorial, Kathrin Kunkel-Razum. The Anglizisms Lockdown, Shutdown and Social Distancing are under observation. The terms Corona-Party and Infodemie have fewer chances. The dictionary, which was first published in 1880, already contains a number of terms that have a boom in the pandemic. The Germanist mentions, for example, hamster purchase, state of emergency and system iced relevance. The coronavirus itself has been found in the Duden for years in connection with the Sars pathogen. By the way, the Duden also allows a less common second article: “the coronavirus”.